The Spaniards maintain a winning streak off the back of their title victory in Valencia.

Movistar Riders have secured a spot in the main group stage of IEM Cologne, besting Vitality in a two-map series after coming back on Vertigo and claiming a dominant win on Overpass to advance. The victory adds to a strong run of form for Alejandro "⁠alex⁠" Masanet's side, who enter Cologne off the back of a tournament win at ESL Challenger Valencia over Outsiders.

Vitality will have a second chance to qualify through the lower bracket, where they will face Sprout on Wednesday at 16:00 . Also in with a chance to qualify are Astralis, who dropped to the lower bracket following a loss to 00NATION in their opening match but managed to recover by seeing to the elimination of Complexity. The Danes will face BIG at the same time as the above match in hopes of earning their own spot in the main stage of the tournament. Movistar Riders faltered at the start of Vertigo, unable to crack through Vitality's defenses as the French-Danish combine crept up to a 6-1 lead. It took a triple from Raúl "⁠DeathZz⁠" Jordán Nieto to get the Spaniards their second round, but they were able to build up from there, coming out on top in the latter stage of the first half to reduce the deficit to three rounds by the break.

The side swap completely changed the tides of the map as Alvaro "⁠SunPayus⁠" Garcia and Alejandro "⁠mopoz⁠" Fernández-Quejo Cano came to life, the former finding impact with untradeable kills round after round and the latter securing multi-frags to help Movistar Riders put up a dominant defense. Vitality managed just two rounds in the time it took the Valencia champions to attain match point, and although there was brief effort to force overtime, any hopes of extra rounds were put to rest in short order as the Riders took the map over the line 16-13.

SunPayus' dominant form continued into Overpass, single-handedly halting Vitality in a number of key rounds. Combined with strong rifle work from DeathZz and mopoz, Movistar Riders were an indomitable force, offering Vitality almost no opportunity to even plant the bomb in a half that went the way of the Spaniards, 12-3. The second half was no different as a pistol round win kept the Riders in firm control, and from there they wasted little time in bringing the map to an end, 16-4.

Astralis, meanwhile, had little difficulty in sending Complexity packing from the event, kicking off their series with a 7-1 lead on Overpass thanks in part to a number of multi-kill defenses of the B bombsite by Andreas "⁠Xyp9x⁠" Højsleth. It was only toward the end of the half that Complexity managed to break through, keeping themselves competitive in the map by winning five more rounds, but after the side swap they were offered little opportunity to fight back.

Astralis quickly extended their lead with a pistol win and subsequent conversion of the next two rounds, and although Complexity reduced the deficit somewhat by winning four rounds of their own, the Danish team were quickly back to their winning ways as they closed things out 16-10.

It was a similar scenario on Nuke as Astralis kept the pressure up, a strong T side start helping them lead 7-3. Entry frags from Kristian "⁠k0nfig⁠" Wienecke combined with multi-kills from Benjamin "⁠blameF⁠" Bremer were key in helping the Danes put up a 9-6 scoreline at the end of their attacking effort, and the second half was even less competitive as Complexity only managed to add three to their tally before Astralis sealed the fate of the North American side, sending them packing from the event with a 16-9 win. defoliant
i cant believe they dispatched Vitality so easily, either Vita is bad or MSR are super focused right now. Probably both. Anyway gl in main event.
2022-07-05 23:09
7 replies
#29
karrigan |

defoliant
i cant understand that either. Did this team (which is supposed to be a title contender) lose all the energy after Blast finals? I just cant comprehend it.
2022-07-05 23:15
3 replies
#35
sexperience |

ChuffyONE
Can be maybe internal problems, like communication or strats, if you se they nearly played all B untill the end when they pushed more A in overpass and in vertigo the thing was that riders are like a 20% better in CT than in t side tbh and the "back stabs" were very common by movi.
2022-07-05 23:53
#52

defoliant
i dunno about those 2. I see Furia playing kinda "relaxed" last month or so but i see a very good potential in them and they can be an excellent team. But i cant see that in Vitality, i cant explain why though.
2022-07-06 17:51
#36

_anarchy_
I am sorry but wtf are you on about rn? Looks to me you mentioned his stats dipping against top 5-10 opponents and I simply showed you factual stats. Numbers don't lie, learn to read. And why don't you explain what you think top5-10 filters mean and how that does not prove your point wrong? Top 5-Top 10 teams are literally tier 1 and BlameF have good stats against top 10 teams. Tier 3 teams aren't included in that lmfao.
2022-07-06 15:15
2 replies
#55

Plant_Has_Been_Planted
Top5 filter is when both teams were in top5 - that's why there is nothing for Astralis in 2022. Actual stats against teams in top5 etc can be found in a table in player's statistics. BlameF rating against top20 teams is 1.18 and against top5 is 1.09. Still quite good but nowhere near to be top5 player this year as original commenter suggested.
2022-07-06 15:37
1 reply
#57
rain |

s0mple_4_baits_zywho_0
i am curious how much time vitality CEO need to realize this team sucks they had great r6s roster and they dropped it cuz of no good results, cs roster is much worse and has even worse results, yet its not yet fired
2022-07-06 00:25
#40 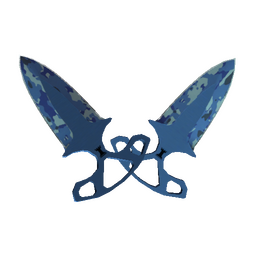