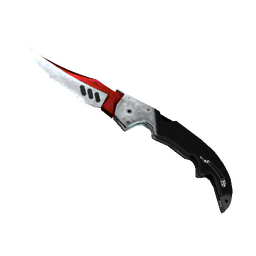 nafany after early elimination: "If someone wants to find someone to blame, it is obviously me"

Cloud9's captain took the responsibility for the team's 9-12th finish at the prestigious tournament.

One-sided losses to Liquid and Astralis eliminated Cloud9 from IEM Cologne shockingly early, with the world No.4 team not even close to contending for the title just a month after lifting the IEM Dallas trophy.

Particularly struggling in Germany was the team's in-game leader Vladislav "⁠nafany⁠" Gorshkov who posted a mere 0.71 rating across the six maps played. The 21-year-old opened up the tournament with a decent showing against Outsiders, but was a complete bystander in the following two games they handily lost — and admitted as much in an exit interview. Talking to Freya "⁠Freya⁠" Spiers on the broadcast after being eliminated by Liquid, nafany was clear in pointing out that he was the reason his team struggled.

"We played really awful today, and yesterday as well. Sure, it is a couple of things why we are not playing how we can play. But if someone wants to find someone to blame, it is obviously me because I played awful both series, against Astralis and Liquid."

nafany's struggles were the worst in the first map against Astralis, when he posted a horrifying 1-23 K-D in a 16-11 Mirage loss. He said that not only was his individual performance as an entry player lacking but that he didn't deliver as a caller either.

I ruined this tournament for my team
Vladislav "⁠nafany⁠" Gorshkov

The 9-12th finish at IEM Cologne brings to an end a turbulent season for the former Gambit lineup, who went through a period of struggle on the big LAN stages, an organizational change, and managed to win their first big trophy in an arena in the first six months of 2022.

"Thanks to everyone who supports us, it is very important, and thanks to everyone who hasn't stopped believing in us," nafany said to close out the interview. "It was a tough season for us for a lot of reasons, but I believe we will go back and train a lot in the next season." cloud9needschanges
That was just awful not just his performance also his calling. Stop this drypeeking bullshite already. They were on a comeback train but what happened since the round where he picked the awp... on dust 2 is was just braindead
2022-07-10 17:05
6 replies
#95

cloud9needschanges
I wouldn‘t say he has had one bad tournament. It happened way to often where he simply plays that bad and still having the same useless style for his teAm
2022-07-10 17:13
8 replies
#148
nafany |

Lost_Wanderer
Sadly true. on LAN, He only had good performance at Dallas this year and to see him playing this way makes me depressed. Nafany often says that sh1ro is a very smart player, sometimes helps with mid round calls and there is a chance sh1ro may become an IGL in future. I'd wait till December, and if slump continues then -nafany +proper entry. It's very risky move, but i dont see another way out.
2022-07-11 03:17
3 replies
#159

cloud9needschanges
Sh1ro igl & awping. They need a different approach of their gamestyle. This dry-peeking bullshite works in MM maybe but not in the biggest tier 1 events.. and I really don‘t want a jame #2 situation. I really enjoyed their story that is why I want this EXACT LINEUP to win consistently tournaments, but it‘s not going to happen.
2022-07-11 14:02
2 replies
#162
nafany |

Lost_Wanderer
I think they should play little bit more proactive on ct side and take more risk, they just constantly play default rounds snd sit on positions and give away a lot of map control, thats why their rotations often so late cuz they dont have any info and dont know what's going on map. I dont see any ideas on ct rounds that could catch enemy off guard like triple mid control on mirage for example or Inferno apps push like Complexity do. Yeah, you're right about dry peekig tho, i've been saying this for months already, this may work 2 or 3 times but you cant do this constantly. Groove and F_1N don't do their jon properly and they are more to blame for this i think than nafany.
2022-07-11 15:06
1 reply
#164

cloud9needschanges
F1N is a even a part of this team. I really like Groove, but he should be their head of analyst or w.e position they want to create for him rather being their headcoach.
2022-07-11 16:17
#150
nafany |

Lost_Wanderer
We also shouldn't forget that hobbit became inconsistent and stopped putting numbers as before
2022-07-11 03:24
3 replies
#158

cloud9needschanges
Yep indeed. The issue is. How empty the performed. They had a solid break between IEM dallas and cologne (they wanted robobet for practice). Nafany said that they are seeing themselves as title contenders and that they had a great preparation for cologne and giving us this disgustingly bad Performance is not acceptable
2022-07-11 14:00
2 replies
#160
nafany |

Lost_Wanderer
In both matchups against Liquid and Astralis, all team looked so dead on cams as if they woke up 30 minutes before the start of the game and only had time to drink coffee. Mb their mindset was "Ok, we already beat these teams mulitple times, let's just play default and we will win." On mirage against Astralis, it was clearly visible that they weren't prepared for agro CT playstyle, interz who usually plays lurk in palace/slope didnt control these positions on many gun rounds Crazy to think about it, but i ak afraid if they played against Col, they would lose
2022-07-11 14:43
1 reply
#161

JameS_19
Unlike the NA guys, who don’t practice and play PUGs/stream all day long. They’d need a bit of this mentality, be a bit hard on themselves, because now they just don’t care (not talking about Liquid guys, talking about especially EG, but also your valorant players who stream all day/play ranked instead of practicing with their teams, your esport scene has a disease called content creation, and it’s a disgusting disease, never understood why would anyone rather create content than go pro)
2022-07-10 17:56
5 replies
#77
broky |

jadonsanchoo
says who? some fanboys here on hltv? im sure stewie is way more respected in the pro circuit than nafany nobody cares about nafany tho
2022-07-10 19:08
3 replies
#168
junior |

jadonsanchoo
i dont care about stewie im talking about the pro scene...you clueless moron your mental illness speaks for yourself tho
2022-07-13 22:45
#76

cloud9needschanges
Please consider the bigger picture... they have beaten in a bo1 and a bo3 liquid (with shox being already out) easily, struggled vs Nip lead by ztr (on c9 vertigo thanks to sh1ro 1v4 which took the game to ot and an easy victory over nip on ancient), were badly beaten by furia, matured vs faze, overcome BIG, beaten ence with standin (in map 1 they looked bad but overcame them and beaten them convincingly on map 2+3)
2022-07-10 19:05
#31

Daddy_Ropz
ill give him respect for this, he mans up and admit he played bad.. takes a whole different mentality to admit your wrongs to millions of gamers. this is a team-sport, you cannot blame one player. even niko missing deagle shot in heaven isn't the blame for them losing the major.
2022-07-10 18:00
5 replies
#69

skrga
Huge respect for this guy, he takes responsability for bad result, he's not hiding behind someone else or blaming others even if it can go against him. Other IGLs should follow this way, for example Aleksi.
2022-07-10 18:55
#111
markeloff |

zerm999
Nafany is a real man. I can only have respect for interviews like this, where he actually takes responsibility for his mistakes. He will definitely come back stronger.
2022-07-10 19:46
1 reply
#128

cloud9needschanges
„ He will definitely come back stronger.“ doubtable. Always the same shite with this team. Same playstyle, same star players who are missing at imporant stages of the game, major iem katowice, iem cologne the biggest tournaments with the worst results
2022-07-10 19:59
#134

BARAO555
Admire to own mistakes is the first step to succes. You cant be great every match at every time naffany will achive something more than we think.
2022-07-11 10:58
Login or register to add your comment to the discussion.