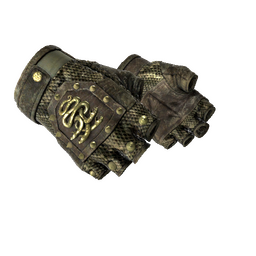 The Bulgarian squad only competed at two events before parting ways with the organization.

k1ck have released their entire CS:GO roster, the organization announced on Thursday. The Bulgarian project barely lasted four months before the players were released into free agency.

The Portuguese organization returned to Counter-Strike after a three-year break in March with a lineup headlined by Viktor "⁠v1c7oR⁠" Dyankov and Teodor "⁠SPELLAN⁠" Nikolov alongside the inexperienced core of Slaven "⁠AwaykeN⁠" Lyubenov, Kostadin "⁠rafftu⁠" Turbinov, and Victorio "⁠SAIKY⁠" Goranov. In the four months together, k1ck only recorded two events with HLTV. The first was CEE Champions 2022 where they finished in 9-16th place after topping their group and losing to Coastal Mayhem in the first round of playoffs. Their last recorded tournament was ESEA Summer 2022 Cash Cup 1 Europe, and they finished in the semi-finals after falling to OG Academy.

rafftu and v1c7oR were the two standout players for the squad, but 18-year-old AwaykeN also impressed at times as the young AWPer accumulated a 1.12 rating across the two events attended by k1ck.

It is still unclear whether the Bulgarians will stick together, however, v1c7oR's comment on Twitter seems to indicate that the squad will remain united for the time being. skillinator
expected also biggest bots in the scene aside from zywho
2022-07-23 21:56
Login or register to add your comment to the discussion.