Take a look back at some of the best highlights from Aleksandr "⁠s1mple⁠" Kostyliev's MVP-winning performance in Cologne in a fragmovie put together by Ayush "AwptiX" Kumar.

Despite ultimately falling short of the trophy, s1mple earned himself his 21st MVP medal overall, second of the year, and third all-time at Cologne by putting up a spectacular 1.25 rating throughout the event.

Apart from his stellar rating, s1mple had the best K-D difference (+95), kills per round (0.84), and most rounds with 1+ frags (55.1%), with high rankings in the clutches (2nd), total headshots (3rd), and opening kills (4th) categories further helping make his case for the MVP medal. s1mple bagged his second MVP of the year in Cologne

Catch all of s1mple's highlights, including mind-blowing clutches and multi-kills against MOUZ, NIP, and Movistar Riders, as well as a plethora of notable plays in the thrilling grand final against FaZe.

fshbwl
What is the point of blame always beeing the last alive, picking up the anker scraps, but the team still loosing? Only good for adr - the guy is hopelessly average
2022-07-24 04:34
#160
electroNic |

SlyFoxyFox
Agreed. Simple had an incredible tournament overall and no one can dispute this MVP award - truly deserved (even though he threw the medal away). Twist had a great series final. Not the tournament MVP though.
2022-07-23 22:31
#42

skillinator
aww butthurt FaZe fangirl maybe go spam Twitter for your bot players to actually try and work hard for an MVP instead of crying on HLTV like a 12 year old fangirl
2022-07-23 21:52
1 reply
#135
ropz |

Nowne
Agree with you. Do not unserstand by what rules/argumens he become. His team lost tournamen and stat where not the best after all tour.... Zywo and blameF had better stats in his event. But for some reaon didn`t got MPV. How should other players feel? It looks more like who ever made this decision were Simple fan boys...and how you can not give best ever in CSGO history player prize even then he lost :) but these MPV worth 0. CSGO is team game, and only tropthies mater. And main this it is bad for NAVI. Giving to Simple MPV after NAVI lost is like saying - Simple did all what he could, but his team not. Thats is very bad. thats why there should be 1 simple rule. Tournamen MVP only from tournament wining team.
2022-07-23 22:28
4 replies
#105

Daddy_Ropz
always. they are known for boosting s1mples stats also to influence bettors. a youtuber did a 45 minute video of all the tournament stats and proved that hltv are putting up fake stats for simple.
2022-07-24 10:18
#133
pronax |

Nowne
and what does it worth for player who just lost tournament? you thing Simple was very happy geting it? Yes it is worthless if MPV given to player who do not have best stats in tournament and did not won tournamen. Then it means its like giving that reward to any random player. this is not about that it was given to S1imple. It is about that it was given to player who did not had best stats in tournamen/ did not win tournamen. All sports have clear rules: Regula season MPV - best stats. Finals/tournament MVP - winer of finals/tournamen. Cristal clear, but then CSGO organizers do somthing, you allways have to ask WTF? :D
2022-07-24 14:06
#91
f0rest |

groppler
nice compilation of his group stage frags! maybe show some of the highlights he had when his team actually needed him against an enemy that can actually beat navi?
2022-07-23 22:44
2 replies
#99
Audi |

simple_O_major
Messi and s1mple both biggest robbers of their respective sports Messi 0 goals 1 assist (In r16 against switzerland) in the 4 knockout matches in ‘14 as Argentinas main star which everyone links up with (just like the rest of navi bait for p1mple and drop him hero guns) Yet somehow MVP just like p0mple meanwhile you had Kroos, Müller and Neuer with actual impact just like Twistzz and Rain at Cologne
2022-07-24 12:29
#121
ZywOo |

GOAT_OR_NO_GOAT
Something that isn't right is how many people think MVP is a Finals MVP. And by repeating this stupidity those people look dumber and dumber.
2022-07-24 15:47
1 reply
#162
electroNic | 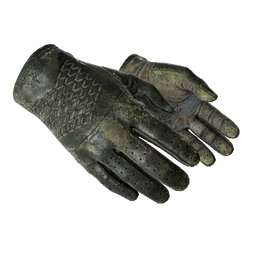