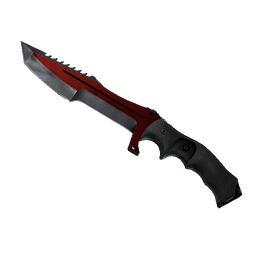 Two faces of German Counter-Strike will remain with their home organization for at least five more years.

BIG announced on Friday that two of their key figures in their coach and their in-game leader, Fatih "⁠gob b⁠" Dayik and Johannes "⁠tabseN⁠" Wodarz, have extended their contracts with the German organization in a five-year deal lasting until 2027.

"After being with BIG as founders and shareholders for more than five years, we have set the course for the next five years," BIG CEO Daniel Finkler said in a statement. "I'm very pleased to announce that we have renewed the contracts with Johannes "tabseN" Wodarz and Fatih "gob b" Dayik until 2027."

The move quells a rumor that has spread in the past week after Ukrainian veteran and coach Sergey "⁠lmbt⁠" Bezhanov stated in an appearance on Oleksandr "petr1k" Petryk's podcast that he had heard the German duo could be joining G2 in place of Aleksi "⁠Aleksib⁠" Virolainen and Rémy "⁠XTQZZZ⁠" Quoniam. tabseN himself took to Twitter afterwards and played up to the murmurs briefly before making a clear statement on the matter when he said that he would never "abandon [his] child," referring to the BIG organization, in which the in-game leader as well as gob b are co-owners.

Both members have been a part of the organization since its inception in 2017, with tabseN now playing in his sixth consecutive year under the Berlin-based side, while gob b has fulfilled several roles both as a team member and in the organization, recently having returned from a stint in VALORANT in May to take up the position of the CS:GO team's head coach.

Friday's news means the two staple members have reinforced their commitment to BIG for a whopping five years at a time when the team is looking to find some stability heading into the new season.

Recent events saw the German side have to utilize former teammate and now academy player Nils "⁠k1to⁠" Gruhne in place of Karim "⁠Krimbo⁠" Moussa and Josef "⁠faveN⁠" Baumann due to illnesses. The latter is still yet to recover after he missed out on the playoffs of the Roobet Cup, where BIG emerged victorious, and IEM Cologne, where the team was unable to make it past the Play-in stage in a disappointing end to the season. PrestusHood
Tabsen very smart, he is 27 and soon to become washed up, he literally scammed BIG, already planning to paycheck steal in future years when he consider to retire
2022-07-29 17:45
2 replies
#267

Gjellan
Yeah they are onliners. Especially their awper syrson which is obviously a really good player and will get there on lan eventually
2022-07-29 13:02
5 replies
#209
Potti |

CanadianSuperiority
Your range is too high, look at a more recent comparison I don't think Syrson is BAD on LAN by any means, but he definitely doesn't have close to the same impact as his hard carry online
2022-07-29 16:06
#246

somerandomhltvuser
who cares about online shit? Literally everyone can beat everyone online because of no pressure from the crowd or anything like that. They even won against FaZe wich they would never do in a milion years on LAN infront of a crowd.
2022-07-29 12:09
11 replies
#54
Maniac |

eliiiiii_
rip career because they can never upgrade this roster since there are no germans on the scene they reeeeally need to go international
2022-07-29 12:03
9 replies
#103
junior |

freejuice
1)hoping big goes int which suggests you think the roster isnt working out when in fact it shows more potential than the G2 "roster" 2)that is just an objectively false statement
2022-07-29 12:51
4 replies
#113

breezy0
How is there no talent? BIG Academy is literally second best academy team after mouz. Krimbo just came out of nowhere and already plays decent CS.
2022-07-29 15:18
3 replies
#215

JameBestawpEU
They'll just get him a new position in the org when they want to replace him. They already did that multiple times for Gob b and Legija
2022-07-29 12:25
1 reply
#85

ZinedineZyw0o
Imo BIG could potentially win trophies. Every now and then they have a tournament or at least part of a tourney where they show that they could beat the best. And then they all of a sudden lose their flair and dont make the big playoffs
2022-07-29 15:24
#63

Pereplut
I first heard about it on HLTV podcast with Pimp. So if you didn't started it then you just amplified it and spread the rumor to over 100k people. How many people knew about this before? Effectively HLTV started it :)
2022-07-29 15:13
3 replies
#192

ram1n
man i really wanted tabseN to be a IGL on g2. I really think that it would fit, especially because he's good friends with egoistic NiKo & m0NESY, so the 1 thing they lacked with aleksib was chemistry which tabseN could have fixed and his a impact IGL aswell. It would have been a fresh start for G2
2022-07-29 12:28
#89
broky |

Sunber
Respect And Guys, that doesn't necessarily mean Tabsen is playing the next five years. When the time comes he can switch to coaching or even take on another role in the org(more in the Background). They both seem really committed to BIG, wouldn't even surprise me, if they planning some positions there, after their active career.
2022-07-29 12:30
#92
mopoz |

FuturePresidentOfFinland
They must offer more company % for them to stay. Huge win for both of them if they manage to get into top 3 and therefore build the org further
2022-07-29 12:47
#110

dench1k
Until ESL earns tons of money for their monopoly, they try to make a picture that CS is very popular (I also love this game and obv. it's way better than other competitive games). But man, the game is outdated tbh.
2022-07-29 13:39
#115

EntonXD
Longer contracts usually mean they are paid more. And atleast tabsen had a sizeable share in BIG too. Its literally partly his org. Ofcourse he will play there.
2022-07-29 13:16
3 replies
#133
ropz |

Daddy_Ropz
Not true. Longer contract means they are paid less but are GUARANTEED money in the long run. Also if BIG started to get REALLY BAD and can't rank above 30, you are screwed and have to stay with a loser team. There might be stipulations in his contract allowing him to be bought out so I could be wrong but that's rarely the case with these SUPER LONG contracts in eSports.
2022-07-29 13:20
2 replies
#201
JW |

kiveskalle
honestly good contract for tabsen and gob b, they are in the end stage of their career and will have long secure years ahead even if they fall off
2022-07-29 14:03
1 reply
#155

*Tpo-_-JI.b*
There we go, at least he's honest and now we know that he doesn't care about winning big titles when he says this: "Tabsen said that he would never "abandon [his] child," referring to the BIG organization". The guy just wants a smooth ride throughout his career and whatever happens - happens, and doesnt want to get out of his comfort zone to try and join another team to see if he could achieve bigger results. This would really be cool to see monesy, niko, hunter, jks under tabsen's supervision, but aint happening.
2022-07-29 14:23
#168
EliGE |

THiNK514
What a poor ass business decision to posture against G2. How dumb are the people that run these orgs? A 5 year extension in CSGO? No wonder so many of these orgs fall into disaster so often. And these two clowns smiling while they sign. Both are good at what they do, but how is a 5 year deal prudent?
2022-07-29 14:31
#169

heroic_1_major
Makes sense, any rumour regarding TABSEN changing his role besides moving to BIG management was either retarded or wishful thinking, a lot of times both.
2022-07-29 14:32
#170
birdfromsky |

breezy0
A man on a mission, not many men with integrity like this remaining nowadays. True values are lost, money is all that matters. Sad world but there is hope. Biggest respect for tabseN!
2022-07-29 15:14
4 replies
#191
ZywOo |

DjapeZ
Big is smart, they are gambling on another pandemic, so everything goes online again, and online gods with lowest ping bcs german servers, will be title contenders once again
2022-07-29 15:44
#213

_anarchy_
Kinda unpopular opinion but mad respect to the guy. Won't sell himself for money. The brotherhood is real. Yeah he may not win anything but such a decision requires guts.
2022-07-29 17:38
#251
s1mple |

LOSING_MONEY_IS_FUN
He's helped develop the German scene, he managed to bring BIG to the top of the CS world and reach #1 on HLTV rankings even if it was short lived. This most recent iteration of BIG with FaveN and Krimbo actually look decent but haven't had a lot of time together. For some guys its not about just joining a superteam, I respect the grind Tabsen has committed himself to while choosing to stay loyal to German CS
2022-07-29 20:23
#280
gAndhi |

DOJA_CAT
How do they feel comfortable taking such long deals?
2022-07-31 04:58
Login or register to add your comment to the discussion.