The famous football stadium will play host to a Counter-Strike event for the first time.

The offline global finals of Flow FiReLEAGUE 2022 is set to head to Barcelona, Spain from October 13-16, with the tournament organizer announcing that the eight-team event will take place in FC Barcelona's home stadium Camp Nou with a $150,000 prize pool on offer.

After the 2020 edition of the finals was forced to play out online and the 2021 iteration took place at a gaming center, this year's global version will open its doors to the public in the historic football stadium, with Imperial receiving a direct invite to compete. Joining Gabriel "⁠FalleN⁠" Toledo's side among the list of attendees will be 9z, who won the 2021 regional finals in Buenos Aires, Argentina, as well as two additional teams from the 2022 regional finals which are currently underway.

Two more teams will join the list of competitors via a North American qualifier, while the final two spots will be rounded out through a European qualifier and a second direct invite.

The event will utilize a single-elimination, best-of-three bracket, with the grand final playing out as a best-of-five in front of crowd in the home stadium of Futbol Club Barcelona.

marcelovp17
Pretty much...but no one can explain where they can farm so much money to buy expensive players. Someday, not far from today, barça's budget will show a gaping hole bigger than that Chilean one that popped off recently
2022-08-04 06:14
5 replies
#83
MartinezSa |

varcolacoV2
Laporta summoned the partners to voting and some "levers" were approved, basically consisting of the sale of rights, image, and stuff like that. They are still broke but they hope to pay it later little by little (they've already payed like 15-20% of their debt)
2022-08-04 06:48
4 replies
#86
tabseN |

VeryCatholicGuy
Pero sanear cuentas no llena portadas, fichar sí. El modelo económico del Barca se va a estudiar en Harvard, como decía Bartomeu. To be honest, it's sad that such a big club is falling like this because of it's directives. There should be some internal laws/statutes to prevent this
2022-08-04 16:50
#126
Jesus |

VeryCatholicGuy
Palanquismo. Barca sold some of theirs assets, namely a percentage of TV rights, their merchandising... and used it to buy players. This means their future income will be significantly lower, so they are now forced to get money from other sources (basically, winning trophies and getting money for that + sponsors and such things). Unless barca wins something important in the following seasons, they are fucked.
2022-08-04 16:48
#92
l |

twitchy_
I think that's not right...for now. They have to do some rework of the stadium and Barça is gonna play for one or two years in another stadium in Barcelona, after the rework is done, is when Spotify will be in the name, for now only on the tshirt.
2022-08-04 09:37
1 reply
#104

williamhsk1
At the moment they are not worried about the public at the event as a priority, they want the event to be well publicized and hyped, and that's what Imperial will bring... And there are many Brazilians living in Spain
2022-08-04 05:40
#85
MartinezSa |

EddyParera
The article ends with this: "The event will utilize a single-elimination, best-of-three bracket, with the grand final playing out as a best-of-five in front of crowd in the home stadium of Futbol Club Barcelona."
2022-08-05 00:16
#40

nicram64
You didnt get it, 1 good event and TO’s feel empowered to invite them everywhere even tho they didnt have 1 good result since then and its only for views. Thats what I hate about current cs, its No longer about skill but about popularity
2022-08-04 10:43
4 replies
#138

Sandaime_Shadow
People who like CSGO, whether they like Brazilians or South Americans or not, should be happy about it, if you like competitive CS you have to be happy about it.
2022-08-04 01:20
4 replies
#31
hardstyle |

DELUSIONAL_HARDSTYLE_FAN
u know what i mean, imperial is gonna keep getting invites just because they got this huge fan base. tier 1 events included. funny thing they won't win even this tournament
2022-08-04 01:29
1 reply
#44

Sandaime_Shadow
As far as I know, the last invites to tier 1 events they receive are based on their ESL Ranking, from lower level events they receive to participate against teams of an equivalent level to them, that's when they don't win the spot by qualifiers as happened with Omen they won against Falcons. And about being invited by the big fanbase as is happening in this Fire League, what's the problem? The purpose of the event is not to be Top Tier, they have the level to play against SA teams, who will participate and the event gains with thatHLTV users problematize everything, "keep getting invites just because they got this huge fan base". And your father and mother wake up at 6 am every day for what? $$$
2022-08-04 01:35
#35
mopoz |

Anarchybr
Poggers It’s funny that BR CS is the strongest scenery in the SA but our leagues are trash when lookin at prize money And the suddenly there’s an Argentinian TO banking the biggest event of the southern cone with prize money better than most EU events This with Argentina going trough their worst crisis ever
2022-08-04 01:58
4 replies
#80
try |

Anarchybr
Nah Manito Im not unhappy I just pointed this as funny fact. It’s amazing that there’s a TO banking events like this here, helping our scene to grow even though your country is suffering from economic crisis (and mine as well, but from a different scale).
2022-08-04 20:29
#129

TITISSJGOD
Did you know that the tournament organizer FiReLeague wanted and wants a BLAST to be held in Argentina?
2022-08-04 06:20
#93

blatxer
i never said they were t1 but they are one of those teams that can defeat anyone(just like entropiq last year) they also took a map from c9 and were literally 3 rounds away from taking the series, they could probably beat "shaky" t1 teams like G2 or Astralis which tend to lose against "worse" teams
2022-08-04 16:48
#94

7sson
The Movistar Riders have to be invited, after the victory at ESL Valencia and the performance in Cologne, they deserve to have this great opportunity to play at home once again
2022-08-04 10:24
1 reply
#102

SlyFoxyFox
So an even held is Spain with 1 put of 8 spots reserved for an EU participant. Wouldn't it be more cost and environmentally sensible to play this in either south or north America?!? Whoever has organised this must be a moron.
2022-08-04 11:35
#114
TACO | 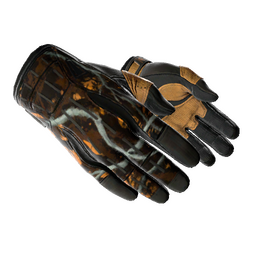