Six players will receive increased support from the agency as part of their academy expansion.

Prodigy Agency, a French-based esports representation agency, announced the first official season of their academy project with the purpose of supporting young talent in the CS:GO scene. Named The Prodigies, the junior program will provide players with their first salaries, exposure, and coaching from the agency's own staff as well as experienced players they represent such as Nathan "⁠NBK-⁠" Schmitt and Dan "⁠apEX⁠" Madesclaire.

The academy prospects will be contracted to the agency, with Prodigy stating that they "will benefit from the same support as their star players." Additionally, they will have no buyout clauses or transfer fees attached to their contracts, meaning they will be free to join a professional team at any point. The first lineup includes the likes of Timothy "⁠tvs⁠" Sjöberg, Sébastien "⁠SBT⁠" Sabbadin, and Mihai "⁠fNk⁠" Costache, players that have been competing in the lower tiers of European Counter-strike for the past two years. Alongside them are August "⁠Straxy⁠" Canavan, Sebastiaan "Acorn" Wehnes, and Nolen "noleN" Vida, prospects all 18 years old or younger.

The project is set to be based on the ESEA Seasons calendar, with four seasons held each year, giving more players the opportunity to apply for the program.

"I’m extremely excited to announce the official launch of our very own academy: The Prodigies," explained CEO of Prodigy Agency, Jerome Coupez. "This is truly a ground-breaking project for the whole CS:GO ecosystem with the goal to give a once-in-a-lifetime chance for young and promising players, to have their first salary and contract, and to be seen by all the professional teams," he continued.

The agency already trialed a few rosters in "test" seasons, with some participating players moving on to professional teams and big academy projects such as Arbnor "⁠Dementor⁠" Pacolli to OG Academy or Slaven "⁠AwaykeN⁠" Lyubenov to k1ck.

Similar to their previous test seasons, The Prodigies will mainly compete in the ESEA circuit as well as attending various online cups and qualifiers. Prodigy Agency states all their ESEA Season 42 matches will be live-streamed with the intent to maximize the exposure of the players.

The first "The Prodigies" roster will be: Piano
He is Swedish according to the tweet. Likely another Wolfy situation where he was born in America from Swedish parents who wanted to give him American citizenship.
2022-08-11 06:14
#2
s1mple |

Enticles!
acoR needs some academy time tbh xD He lost his edge when he joined Mouz, perhaps stomping some academy teams would bring him back
2022-08-09 16:32
1 reply
#44
Aerial |

BomberMan_
I thought they would compete at weplay i guess this is more similar to the reality tv show in Sweden which i cant remember the name of anymore
2022-08-09 14:55
6 replies
#21
Kvem |

BomberMan_
Yeah tho now that i remember more I guess it isnt that similar wasn’t their thing having like a month long boot camp then a final bo3 or something? Idk man this happened like 2017 i cant remember anymore.
2022-08-09 14:57
4 replies
#23
Kvem |

BomberMan_
Oh shit this is like the situation when you looked at the north academy roster which got rekt by Valve turned out they had like 2-3 decent players that could have helped MSL near the end of that North Org. Ofc most notably was acor, but he shat the bed at mouz. Damn Brollan was also there and I have heard of Queenix.
2022-08-09 15:03
#24 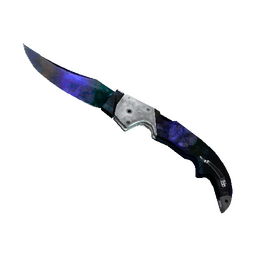