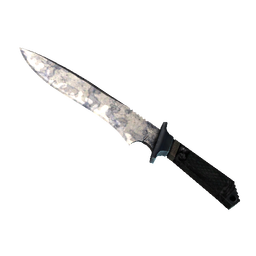 The North American organization has completed its lineup with three new players.

CLG Red has announced three changes to their squad, which now features players from Oceania and Europe for the first time in their history. The new lineup will include Vivienne "⁠BiBiAhn⁠" Quach, Coline "⁠Kaoday⁠" Le Floc'h and Marissa "⁠madss⁠" Dasta, while Kelsie "⁠uhKelsie⁠" Click and Mounira "⁠GooseBreeder⁠" Dobie will be staying on from the previous iteration.

The trio will be taking the place of Juliana "⁠Juli⁠" Tosic, Emma "⁠Emy⁠" Choe and Diane "⁠di^⁠" Tran, with the latter leaving after seven years, having been a part of the team since its inception under the American banner. The move comes after a 5-6th finish for CLG Red at the biggest event of the season, ESL Impact Valencia 2022. The Viktor "⁠flashie⁠" Tamás Bea-coached team has however kept their status as the best in North America throughout last season, winning several ESL Impact North America Cash Cups and dominating the regional scene.

madss joins the team from non-backed Please Send Help, while BiBiAhn completes the switch from Mindfreak, with both players also competing at the flagship event in Valencia. Kaoday is the final piece of the roster after joining from European team NSC, which has mostly competed in European ESL Impact Cash Cups during the previous season. The 25-year-old averaged a 1.22 rating with her previous team, far above any of her peers with the closest being at 1.03.

The team will be competing in ESL Impact League Season 2, which will begin in roughly one month and culminate in a $123,000 LAN Final in Jönköping in November. YOUNGSOMALIA
oh god I didn't even realize that was his woman. It all makes sense. They both have the EXACT SAME face and teeth. No insult it's actually quite remarkable lmao
2022-08-14 17:07
1 reply
#123

shmolhistorian
I KNOW RIGHT i noticed that early on, but im pretty sure people naturally are attracted to those they grew up around, I wouldnt be surprised if Goosebreeder looks similar to Eliges mom when she was in her 20s Edit: not trying to be weird or anything just speculating
2022-08-14 18:13
#7

pumk1n1
is there anything stopping them from taking part in like ESEA or CCT? surely they need to play more to get better, even if they end up losing in the mixed tournaments
2022-08-12 22:36
3 replies
#34

kw13
ya, they were in advanced for a while but started struggling a few seasons ago, hopefully the roster changes will pan out and get them a promotion at the very least
2022-08-13 08:49
#19

hugoooo
Yeah, that's FURIA's final boss. CLG didn't even managed to play Nigma because of their defeats to BR teams. In fact, CLG didn't even played Nigma with their previous lineup lol
2022-08-12 23:16
#46

KraljBrk
i never played them with benita, only their adv/main roster. They definitely knew what they were doing, and were better than most teams; but something was missing imo. Maybe just not good enough players tbf
2022-08-14 02:29
#22

szia
unlike cloud9, i imagine CLG still takes great pride in being american and would want to sign an american roster. there have been good opportunities for orgs in recent years (be it upcoming NA teams or decent unsigned EU teams) and CLG didnt jump on any of them, so i really doubt CLG ever truly coming back to csgo when the current NA region is desolate. they havent shown any interest in coming back for years, and there are no good american prospects to pickup
2022-08-13 07:23
#87
MAJ3R |

Maylieee
Interesting pickups, but I'm not sure if any changes were actually needed. BiBiAhn looked really promising in Mindfreak, Kaoday was also doing good in european scene, however former CLG Red squad seemed almost complete with so little to improve. But of course all the best for them and good luck!
2022-08-13 09:15
#95

Anthony_Tate
is there anything stopping them from taking part in like ESEA or CCT? surely they need to play more to get better, even if they end up losing in the mixed tournaments
2022-08-14 17:51
#125

P4nkov
what can I do, it is impossible to allow people who have not submitted documents on gender reassignment to the competitive COP, since men are stronger than ginseng and 5 girls played against 4 girls and one guy in this match, please ask the ESEA administration to revise its imposed rules so that your tournament is called ESL Impact (All Women) then let them play there only for women
2022-08-15 00:04
Login or register to add your comment to the discussion. 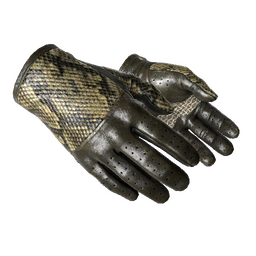