The Australian organization and its CS:GO roster have entered a period of uncertainty.

Melbourne-based esports organization ORDER has been put up for sale after entering voluntary administration. The news comes shortly after a spending row for their CS:GO roster which saw them acquire Renegades' lineup in June as well as bring back Declan "⁠Vexite⁠" Portelli earlier this week.

ORDER filed documents to Australian regulators stating their company is out of money despite receiving a ~$3.6M investment in 2021. Newly appointed administrator Shane Cremin of Rodgers Reidy discussed the situation with The Australian, stating that the organization is now in talks with a dozen different parties for a sale. ORDER have entered administration and are now for sale

ORDER's CS:GO team has been the dominant force in Oceanic Counter-Strike for the last two years, winning numerous regional events and attending every Major since 2020, mostly under the Renegades banner. Their success in the region saw them peak in the global rankings at No.20 in August 2021. ORDER are also present and regionally successful in other esports titles such as League of Legends, VALORANT, and FIFA. "The business [ORDER] is FOR SALE and not completely dead yet. Interested parties should contact the appointed administrators," stated Chris "GoMeZ" Orfanellis, ORDER's chief gaming officer in a Tweetlonger. If the business doesn't get acquired, the former 100 Thieves, Renegades, and Vox Eminor man said he is "open to all offers, Esports, TO's, brands, both dometically and internationally".

The organization's CS:GO roster is currently scheduled to participate in the upcoming IEM Road to Rio 2022 Oceania Closed Qualifier as well as their home soil event ESL Challenger in Melbourne. Sibul
Bro you clearly haven't seen goat allu at his finest. For example when he made his major finalist team ENCE implode and everyone quit the team. The list is long but this is one of the best highlights for sure
2022-08-18 19:31
#3
gla1ve |

BackpackVibes
Not that much even more in esports. ORDER has at least 35 "employees" (counting the players and the management). Their payroll must be at least 2M USD, you have to add other management costs.
2022-08-17 14:44
#51

flynnly
Typical greedy execs milking a company dry. The cs boys couldn't have been on very much money. Esports players get paid nothing in oce.
2022-08-18 00:48
#70

LoOuU2
This feels fishy and scammy and I don't even know what's behind it , they literally announced Vexite addition 2 days ago and qualified for RMR Closed qualifier . Sad for AU CS , sad for the boys . Hopefully they don't go orgless soon . Spunj incoming with an org to save his scene ?
2022-08-17 11:40
#36
SPERMY |

InvernoVermelho
they probably signed really expensive contracts while the owner was planning to vanish alongside the promised money
2022-08-17 12:50
#42

na_propagandist
It almost seems like these AU teams are the same thing with different names throughout the years. Anyway I hope someone buys them otherwise it seems like AU CS is going to have a bow pinned on it for the next few years.
2022-08-17 15:35
#75
messiTHEGOAT |

Keah_Mow
They have the best Valorant roster in OCE as well. Probably the only org with a real shot at getting a franchise spot in OCE with Riots overhaul next year. Alot on the line for them and alot to like for potential investors
2022-08-17 23:13
#86

Zedsamcat
Bro really put tweetlonger kkkkkk
2022-08-18 21:24
Login or register to add your comment to the discussion. 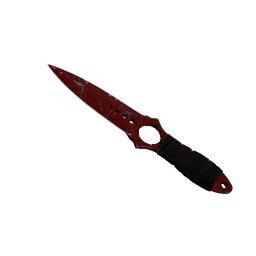