FaZe will fight for their spot at the BLAST Premier Fall Final on Sunday.

OG emerged victorious over FaZe, 2-1 in their BLAST Premier Fall Groups knockout stage match. The Nemanja "⁠nexa⁠" Isaković-led squad pulled off the comeback on Ancient and took the first map 16-10, dropped their opponents' map pick 9-16, before ultimately clinching the series 16-11 on Inferno. OG will face off against Astralis on Saturday for a spot at the BLAST Fall Final.

In the deciding map, Inferno, Shahar "⁠flameZ⁠" Shushan delivered a series-winning performance for his team. The 19-year-old provided crucial firepower on both sides and came home with 24 kills and a 1.43 rating.

Helvijs "⁠broky⁠" Saukants and Russel "⁠Twistzz⁠" Van Dulken were FaZe's most impactful players throughout the whole series, with the pair dropping 1.23 ratings across all three maps. FaZe's defeat to OG means they must win a best-of-three in the Last Chance Stage to directly qualify for the BLAST Fall Final in November.

OG will battle Astralis for a place in the Fall Final

OG scored the first two rounds to open Ancient, but a 1vs2 clutch from broky in the third gave FaZe the eco-round win and helped them level the game in the fourth, 2-2. Finn "⁠karrigan⁠" Andersen's squad kept going and built up a 7-2 lead over OG, whose slow-paced offense struggled to keep FaZe's defense at bay. nexa's side found their footing behind more organized utility usage and solid fragging across the board late in the half. This gave OG firm control of the last six rounds, which nexa's men translated into a narrow 8-7 lead by halftime.

Coming out of the break, OG rode the momentum from the first half and established a 12-7 lead thanks to impactful kills from Abdul "⁠degster⁠" Gasanov and Adam "⁠NEOFRAG⁠" Zouhar. FaZe finally broke their opponents' winning streak and reduced their deficit to 10-12 after a three-round spree, in which Håvard "⁠rain⁠" Nygaard even dropped an ace in the 21st round. Despite FaZe's best efforts, their opponents' early round presence constantly proved to be a thorn in the side of karrigan's crew as OG emerged victorious on Ancient, 16-10.

FaZe's dynamic playstyle constantly kept OG guessing early on Mirage, as the karrigan-led side established superior map control and outgunned their opponents to go up 8-1. Facing yet another massive deficit, OG were able to string together four of the last six rounds of the half and lessened FaZe's advantage to five ahead of the switch. NEOFRAG was unable to bring his defensive prowess from the first game over to Mirage, as the Czech rifler only attained a 0.55 rating at the end of the first.

flameZ had a fantastic game on Inferno and attained a 1.43 rating

Just like in the first half, FaZe won the pistol but were immediately set back on team economy by OG's success in the following round. nexa's crew took advantage of their opponents' inferior weapons and scored four straight, which reduced their deficit to 9-11. On the brink of another comeback, FaZe wasted no time in shutting down OG's advances into site and wrapped up Mirage 16-9 to force a decider on Inferno. Both Robin "⁠ropz⁠" Kool and Twistzz stepped up huge as the defenders and drove their team to victory behind 14 and 10 CT side kills, respectively.

Both teams found themselves level after eight rounds, with neither FaZe nor OG able to create a significant lead early. nexa and company started to pick up steam through their well-coordinated pushes into site, which helped them score three of the next four to amass an 8-5 lead. FaZe didn't back down in the final rounds of the first period and shut down OG's B site pushes to enter the break trailing by just one.

Back-to-back triple-kills from flameZ and nexa opened the second half as OG extended their lead to 10-7. FaZe quickly negated their opponents' progress and brought the score back to within one, but were unable to get past flameZ's A site hold as OG recovered their advantage and held a 13-9 lead. FaZe showed a few signs of life in the dying embers of the match but in the end it wasn't enough to overcome OG who took home Inferno, 16-11, and the series 2-1. FazeWer22
If you think about it, the way blast has its format faze have zero reason to try or care about any blast game they play because they have already qualified for the event everyone is fighting for. The blast world final. Only reason faze is playing is because they are partnered and have to, otherwise they gain nothing apart from maybe practice. Its hard to stay motivated and care about an event when you have already achieved what that event sets up for you to succeed. In a nutshell, blast format sucks
2022-08-26 17:52
1 reply
#41

tweekzter
I am not really a fan of FaZes' philosophy, but don't panic for some results. You gotta view the overall picture and there I think, FaZe has the most well-rounded and polished team at the moment.
2022-08-26 19:30
#4

laiziolas
It happens. You cant win everything right. I kinda dont care about if Faze looses games, they did already a lot and they still have a lot time for grand slam. Faze up no matter what!
2022-08-26 18:20
1 reply
#49
rain |

moonwalkerLV
My point of view. Let's be honest. FaZe plays Ancient a lot and therefore since they havent changed lineup they are pretty predictable there ( at least partially - player positions, fakes, utility ). OG has some roster changes and it's a tiny bit harder to prepare for those kind of matches. So there could be some advantage on OG's side. FaZe DO have better individual stats at this match, but that only shows that they were lacking on tactical side and just couldn't close the rounds. I do love the addition of degster to OG and would love to see F1KU replaced, but im not into free agency market so nothing I could comment on that behavior. Nexa, flameZ, degster is a solid trio they could keep and do some improvement and oh boy... they would be one of my favourite teams i guess.
2022-08-26 21:02
#53

vutalisk
It becomes a trend that FaZe has very slow start after breaks or after making roster changes. Hopefully, they can still manage to make it in Last Change stage.
2022-08-26 21:02
#55

vs3veN
People just can't get over it I swear. There will be no more so called "era" anymore, Astralis era was the best and the last we can get. Right now you can say Faze and Navi are probably one step ahead but in general it is still competitive
2022-08-27 06:37
Login or register to add your comment to the discussion. 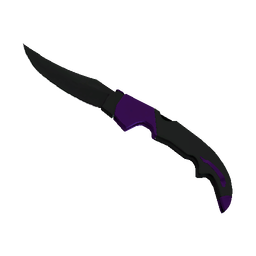