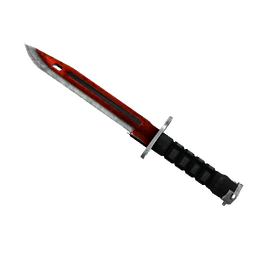 Fragadelphia 17 gets underway with European representation

Apeks, TeamOne, and BIG Academy are among the teams fighting for a spot in the main stage.

The opening day of Fragadelphia 17 got underway earlier on Thursday with the Last Chance Qualifier. The first stage is hosting a multitude of North and South American teams as well as a handful of European sides that made the trip to the New World to compete in one of the staples of the regional CS:GO calendar.

The $100,000 open LAN started with a double-elimination, best-of-three bracket with 33 teams aiming to reach the playoffs. However, only eight squads will make it through the Last Chance Qualifier into the competition's main stage.

The advancing teams will join the squads already qualified for the event proper which include the likes of ATK, timbermen, and Squirtle Squad. The group stage will be played in a GSL format with BO3 matches, and only eight will advance into the playoffs. A classic, single-elimination bracket will crown the champions.

This is reportedly the largest edition of the North American event yet, and similarly to Fragadelphia 16 last spring, the tournament hosts international squads from around the world. Notable teams participating in the Last Chance Qualifier include TeamOne, Apeks, BIG Academy, and BLVKHVND.

HLTV.org will cover the first stage of the competition starting from the upper bracket round of 16. For more in-depth coverage of Fragadelphia 17 Last Chance Qualifier, including interviews and live posts, head on over to Dust2.us.

The list of teams competing in the Last Chance Qualifier is:

All Gas No Brakes

Jeebur
Weirdly enough Team oNe is the only brazillian team that consistently goes. maybe if it keeps going international we will see more brazillian/south american teams come.
2022-09-08 22:33
#16

Eviljonbob
Where is Strife? Did they not qualified or something. I feel like the Fragadelphia 16 Champions should get an automatic invite.
2022-09-09 16:00
Login or register to add your comment to the discussion.