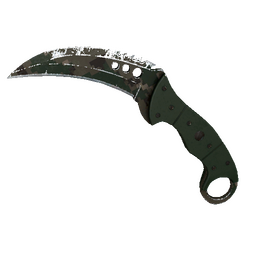 Apeks withdraw from ESEA Advanced: "We need time to reflect and evaluate"

The decision comes after a slew of poor performances in recent weeks.

Apeks have revealed that they have withdrawn their main CS:GO roster from all of their upcoming tournament appearances, including ESEA Advanced Season 42, where the European mix were fighting their way through the upper-bracket of the playoffs.

The news comes just six weeks after the side completed their off-season overhaul, where the organisation recruited the services of Justinas "⁠jL⁠" Lekavicius and Major winner, Richard "⁠shox⁠" Papillon, while also moving Martin "⁠STYKO⁠" Styk to the in-game leader role.

Apeks have failed to translate their recent, high-profile signings into tangible results in the server, notably missing out on a spot at the IEM Road to Rio Europe RMR following an overtime defeat to GamerLegion in the fourth and final open qualifier. Their inability to secure an RMR berth also all but puts an end to shox's record of attending every Major since CS:GO's release, one he currently shares with Peter "⁠dupreeh⁠" Rasmussen and Andreas "⁠Xyp9x⁠" Højsleth.

The roster were also unable to live up to expectations in their surprise decision to compete at the recently concluded Fragadelphia 17 event in the USA, finishing in 3-4th place after a gut-wrenching 1-2 loss to BIG Academy in the semi-finals — a considerable blow considering their academy roster, Apeks Rebels, previously finished in second place at the prior iteration of the grassroots event. CCT Central Europe Series 2 was also a sub-par performance for the European mix, with STYKO and company bowing out in the group stage with a 1-3 record; following losses to eSuba (No. 96), HONORIS (No. 90), and Enterprise (No. 65). This run of poor form ultimately left the side unable to move past their peak at No. 62 in the world ranking.

"Due to our current state we have decided to withdraw the main CS team from all competitions." Apeks said in their announcement tweet, "our results have been far from good enough and we need time to reflect and evaluate until we feel ready."

Apeks have the following roster: Zedsamcat
Nawwk is one of the good players on the team, I know shox is support but he's just playing bad. Potential support players that are free agents include szejn, Calyx, tiziaN and xfloud, all except tiz have played with international teams recently. There are also a bunch of players on rosters that could be poached with some money
2022-09-26 20:17
3 replies
#90

Dracielia
Shox isn't in his prime anymore and teams seemed to be understanding that as well. As much as I love the dude as a person he should start stepping up more or just go with the most safest option, content creating and making time with his family. Those benched EF players are probably not going to be picked up anytime soon unless a intenrational squad is commited. Nawwk is misused, just get him, he isn't the top but at least good enough to be in a consistent team.
2022-09-26 21:25
2 replies
#101
aliStair |

diddyaus
+1 shox has had an amazing career and is one of the most decorated players in french cs, I think it's best for him to step away from the competitive scene and pursue other ventures
2022-09-27 00:20
1 reply
#116
mezii |

dirtycs
Well, in flowskola it was joel and phzy on awping duty, as well as in Galaxy Racer Joel was main awping before he decided to scam people and blacklist himself from any normal team, forcing him to play with villains of cs in Monte. While chawzyy was good on the awp, the decision was made more out of necessity.
2022-09-26 19:24
1 reply
#95
f0rest |

InvernoVermelho
Clearly the team had other issues since the previous roster went longer with worse results
2022-09-26 18:50
#6
nEGRo |

gNeJS
Should have kept the old team and changed up some roles. Having all the experienced boys playing the star roles is rarely the way to success.
2022-09-26 17:14
#10
messiTHEGOAT |

Blunt_Shovel
No igl no win Just because you think someone can be a good igl it doesnt mean he will. It's probably the hardest and the moat important role in the team. Imo current results fit pretty nicely their igl lvl. No offence to styko but doing it for the 1st time won't make any team suddenly top 20. Dunno what they expected esp. after like 1 month
2022-09-26 17:54
1 reply
#38

CharlesEmilNilsson
He will stil scam LDLC or some other french team/org. Alex managed to scam fnatic despite mega scamming c9 before hand.
2022-09-26 19:23
#48

burNout_
Its understandable, they're playing incredibly bad, but why would they not finish advanced first? Its just stupid to withdraw before they've been eliminated.
2022-09-26 18:35
4 replies
#54
FASHR |

Ansi
+1 this makes the most sense. they shouldnt need weeks to discuss whats wrong and how they want to fix it. There's so much pro experience in this team to deal with this efficiently already.
2022-09-26 18:40
#59

maXX_CZ
btw trio nawwk jL jkaem plays above expectations, the rest two are questionmarks, but i would really like to know better what is going on over there. That has to be some serious issues between players?
2022-09-27 00:23
#89
Malware |

slavloli
they have some of the best players and still fail to show anything international rosters are always a gamble
2022-09-26 21:39
#94

halford
they need to stop recycling old garbage
2022-09-27 17:11
Login or register to add your comment to the discussion.