The pair are committed to the Norwegian organisation for an additional two years.

Heroic have announced that both Casper "⁠cadiaN⁠" Møller and Martin "⁠stavn⁠" Lund have signed two-year contract extensions with the organisation, the two Danes now having deals that extend well into 2024.

The duo are currently the longest-serving members of the Heroic roster, both representing the brand for over three years following their additions in March and October 2019, respectively.

The pair have been integral parts of the Heroic roster during their current three years of service, with stavn in particular having considerable impact. The 20-year-old consistently ranks as one of the highest-rated players, with the young Dane twice featuring on HLTV's top 20 players of the year in both 2020 and 2021.

Heroic have enjoyed a fair amount of success with cadiaN and stavn on their books. The Danish lineup peaked at No. 1 on the world ranking for three weeks towards the tail end of 2020, whilst also securing first-place finishes at ESL One Cologne 2020 and ESL Pro League Season 13 during the online era. The team did have to wait a fair while to earn their first LAN victory, though, doing so at Pinnacle Cup Championship 2022 in June.

The roster has struggled in the server as of late, currently sitting just shy of a top-ten placing on the HLTV world ranking. The quintet missed out on a place in the playoffs of IEM Cologne 2022, where they finished 13-16th to end the season, before going on to bow out of ESL Pro League Season 16 in 9-12th place, following a 1-2 loss to Natus Vincere in the opening round of the knockout stage.

The announcement of the contract extensions comes just days before Heroic are set to begin their campaign through the IEM Road to Rio Europe RMR B. Their path to securing qualification for IEM Major Rio begins with an opening matchup versus SAW on October 4 at 17:15 .

Heroic have the following roster:

Freezbee
Wow Quick to forget huh? Glaive is the most winning players of all time and have led a squad to 4 majors and the Intel Grand Slam. He is widely recognized as one of the best IGLs of all time.
2022-10-03 06:43
1 reply
#61

typholosion
Nordic cs is already dead and his english is not good enough to perform in EU roster so which Danish team can he choose? Heroic is just the best option for Danish-speaking player rn
2022-10-03 13:21
1 reply
#66

Brumafriend
CadiaN (alongside stavn) is the most pivotal member of heroic lmao - he's great as an IGL and recently has been stepping up as an awper. And no one cares about him breaking an esl banner
2022-10-04 13:01
#36

Ostrichh
After Navi crashed, these people chose to hunt a defenseless opponents weapons. Says a lot about a person's character who would do something so despicable.
2022-10-02 21:34
2 replies
#53
steel | 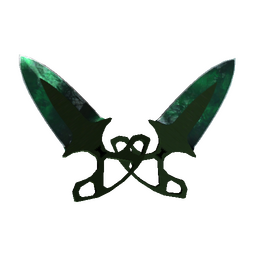