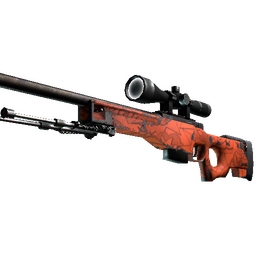 The $200,000 Finnish tournament set to take place shortly following the conclusion of the IEM Rio Major has its third team.

BIG have been announced as the second team directly invited to participate in Elisa Masters Espoo, taking place from November 16-20.

The German squad will join 11 other teams at the Espoo event, including ENCE, the other team invited so far, and HEET, who secured their spot following a victory in the Elisa Invitational Spring tournament in early July.

BIG will play at the Espoo event in mid-November

Six more participants will be determined via direct invitations, while the remaining three will earn their spot through other Elisa-organized events, including the currently ongoing Elisa Invitational Fall.

Currently 15th in the world, BIG are the highest-ranked name on the list so far. The German squad has endured a period of turmoil in the past few months as they had to deal with several bouts of illnesses and played multiple tournaments with substitutes in place of Josef "⁠faveN⁠" Baumann and Karim "⁠Krimbo⁠" Moussa.

In August, the team brought Nils "⁠k1to⁠" Gruhne back into the main roster from the academy team to replace long-standing member Tizian "⁠tiziaN⁠" Feldbusch.

Before participating in the Espoo tournament, BIG will attend the European Regional Major Ranking event in Malta, and if they qualify, the IEM Rio Major. At the RMR, the team will once again have to utilize a substitute, their academy team's star rifler Elias "⁠s1n⁠" Stein, due to faveN being sidelined by another sickness.

The following three teams are now confirmed to attend the Finnish tournament: HARD4ENCE
It's listed as an S tier event in Liquipedia but sadly it takes place a few days after the major and with Blast finals coming the week after so I don't think you're gonna get a lot of high profile teams there unfortunately. Though it gives the straight qualification to Katowice so there is at least some incentive for teams to participate, other than the prize pool. Imperial will probably be there just for the sake of viewership.
2022-10-03 23:40
1 reply
#72

Miroyev
I've heard liquipedia ranks those just based on the prize money but anyways yeah sounds rough to travel from Brazil on Monday and have to play here on Wednesday. I would personally be excited to watch a solid event with any top 30 teams but doubt I'll travel to Espoo without having planned ahead. Event in Finland yet I'm still 500km away Xd
2022-10-04 00:05
#52

dontberudetoeachother
So either ence or big won't qualify for kato play in but col and eg will get direct invite because they are partners
2022-10-03 16:50
#48

BIGGEST_AYAYA_FAN
Iunno if u think that's something negative - but it's actually pretty realistic/smart. Currently the top 5 teams (CS:GO World ranking on October 3rd, 2022) are so frickin jacked, one of them will win the thing. The rest is staying outside in the cold. Better prepare some firewood then.
2022-10-03 22:01
#60

jabbi
Player of the week
6