Astralis send Eternal Fire to 0-2 pool in Malta, GamerLegion to 1-1 pool over Aurora

Eternal Fire and Aurora are now one loss away from elimination, and will play best-of-three matches until their fates are decided.

Astralis bounced back from an opening loss to Ninjas in Pyjamas, avoiding the 0-2 pool after two rounds of Swiss play, by sending Eternal Fire to their first elimination match of the Road to Rio Europe RMR A.

On the B stream, GamerLegion refreshed their spirits with a victory over Aurora after disheartening loss in the first day of play, when they let several match points slide in a quadruple overtime against FaZe that in the end went the way of the best team in the world.

Astralis got off to a flying start on the attacking side of Inferno, taking a 3-0 lead despite a close anti-eco, but Eternal Fire did not let the opportunity to keep things close pass in the first gun round. The Turks led in the blink of an eye, the score reading 4-3 in their favor by the seventh round. Only briefly did it last, however, as the Danes tied it back up and went on a rampage winning six in a row to take a 9-6 lead at the half.

A Dual Berettas triple by Benjamin "⁠blameF⁠" Bremer kept Astralis ahead, putting ever more distance between the two teams, and the Danes never faltered despite losing three rounds in a row, denying Eternal Fire double digits on the way to a 16-9 victory.

Aurora put up a wall on the CT side of Anciento from the start, tallying seven rounds in a row before GamerLegion retaliated. The European squad then opened the faucet, consecutively adding two more and securing seven of the last eight rounds to keep it within one before switching sides.

Keoz was the highest-rated player in GamerLegion with a 1.51 rating

GamerLegion's strong attacking side put them in a very good position on the CT side, as they flew to the lead early on despite losing the first two rounds of the half. A nine round streak put Kamil "⁠siuhy⁠" Szkaradek and company on match point in the 25th round, which they easily followed up on to end it 16-10.

GamerLegion and Astralis join 1WIN and B8 in the 1-1 pool now, the last round of play which will see teams play best-of-ones before all matches become elimination or qualification series. 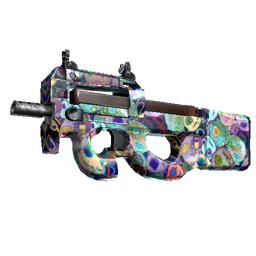