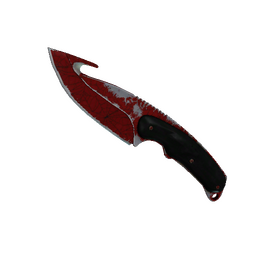 Americas RMR round three matchups set as day one ends

Two teams will lock in a spot at IEM Rio Major and two will be eliminated on Thursday.

The first day at the IEM Road to Rio Americas RMR has come to a close following the conclusion of the first two rounds of the Swiss format.

While most matches went the way of the favorites, the day wasn't without its surprises. 9z surprised many when they took down 00NATION and Imperial in two massive comeback efforts, while Evil Geniuses denied FURIA a chance to defend their Legends status from the last two Majors.

A match between legendary teammates is on the cards again

With day two approaching, the matchups of the third round have been set, which will see the first two teams secure a spot at the Rio Major and two teams say goodbye to the competition. Before that, four teams will play in the 1-1 pool, which will still be played in best-of-one matches.

In one of the highlight matchups of the 1-1 pool, Imperial will face 00NATION in a rematch from the IEM Cologne Play-in, where Epitacio "⁠TACO⁠" de Melo's and Marcelo "⁠coldzera⁠" David's team prevailed.

Complexity will lock horns with Liquid for a direct berth to the Major, as will 9z and Evil Geniuses. The second day of the competition will close out with Isurus and ARCTIC facing for elimination alongside TeamOne vs. Infinity.

Below is the schedule of the Americas RMR day two: Romeu 'zevy' Rocco
Time is adjusted to your selected timezone

1Tuurtle
I think MIBR will be trying their hardest in the RMR, they almost upset Liquid. They should win no problem with Swisher underperforming
2022-10-06 04:15
3 replies
#45

captainreborn
My guy, this is the Major cycle, always expect the worst seeding thinkable, then you'll end up being less disappointed, if you put your faith in seeding you're going to get crushed
2022-10-06 11:43
#14