The Russian squad made it through the RMR successfully with a 3-1 record by taking down Bad News Eagles 2-0 in the qualifying match.

Spirit, the PGL Major Antwerp Cinderella that made it from the open qualifier all the way to the tournament’s semi-finals, have secured a spot at the upcoming Major, IEM Rio. They did so with a 2-0 victory over Bad News Eagles coming from the 2-1 pool in the Euroean RMR's Group A.

Bad News Eagles are no strangers to the 2-2 pool, which they had to go through in the previous RMR for the Major in Belgium. That time around, Dionis "⁠sinnopsyy⁠" Budeci and company made it through with a 2-1 victory in the last round of the decider map over SINNERS, becoming the first Kosovar team to qualify for a Major.

magixx topped the board in the series with a 1.55 rating

Three kills by Boris "⁠magixx⁠" Vorobiev and two by Pavel "⁠s1ren⁠" Ogloblin in the first round of Nuke, Spirit’s map pick, put the Russian squad in the driver’s seat on the attack early on. Leonid "⁠chopper⁠" Vishnyakov and his men strung together five before Bad News Eagles could retaliate, in what became a back-and-forth for ten rounds, ending in an 11-4 half.

sinnopsyy with a double and three closing kills by Rigon "⁠rigoN⁠" Gashi gave the Kosovar team a chance to dream in the second half, but that was immediately crushed by Spirit in the forcebuy round. The Russian squad then went on to close their pick out with ease, 16-6.

Play moved to Mirage, where Spirit won another forcebuy after losing the pistol round, this time on the CT side. Bad News Eagles got brief respite scoring back-to-back rounds with rifles in hands, but Spirit tightened up defenses to hit double digits by the half.

Once again, Spirit won a forcebuy in the second round after losing pistols, but this time around Flatron "⁠juanflatroo⁠" Halimi and company struck right back to keep the map tight and hopes of a decider map alive. Slowly but surely the Kosovar team made progress to close the gap, but it proved to be too little too late, as Spirit found their stride to win three in a row and end it 16-11.

IEM Rio will mark 17-year-old Igor "⁠w0nderful⁠" Zhdanov's Major debut, as Spirit had Abdul "⁠degster⁠" Gasanov on the roster in their top 4 run in Antwerp. The Russian AWPer is now fighting to get into the Major himself, as OG sit with a 2-1 record in the B group of the RMR. Kucuser
Spirit still strong, daddy Chopper has calls while Maggix clutches the shit out of everybody but i doubt that they get legend status again yet another semis. Wonserful is not bad i have to admit, still no where near Degster.
2022-10-07 16:59
#10

ke1fu
lol that brain dead comment have been remove
2022-10-07 18:01
Login or register to add your comment to the discussion. 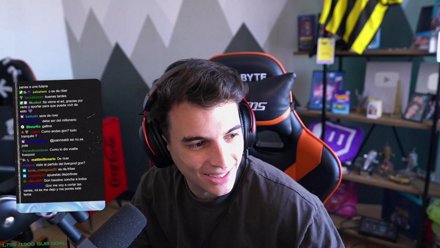