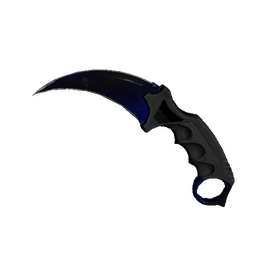 nafany: "The team from early 2021 and right now are two different teams"

With Major qualification secured, HLTV spoke with Vladislav "⁠nafany⁠" Gorshkov to get his thoughts on their run in Malta.

Cloud9 started their qualification campaign for Rio in fine fashion, building on their top-four finish in ESL Pro League by brushing aside B8 before clinching a tight 16-13 victory over G2.

The Russian squad suffered a setback in their first chance to book their ticket to the Major, squandering a 14-10 lead on the final map to fall 1-2 to Ninjas in Pyjamas, but they bounced back immediately to secure their berth by besting 1WIN 2-0.

nafany is pleased with his teammates' current form

Fresh from victory nafany set aside some time for an interview with HLTV to give his thoughts on his team's games in Malta, their form heading into the Major, and how they compare to the 2021 version of themselves.

How does it feel to have qualified for the Major?

It’s always great, we didn’t play really well at the previous one so I believe that we will show that we can play at least better than before.

In the game you just played against 1WIN the first map was pretty straightforward, but on Overpass you only managed three T rounds and had to make a big comeback. What happened in that first half?

I think first of all they played really well, they had a really good game plan but if we will be fair, that’s more about my mistake because I expected different maps, even though we picked Overpass (laughs). I just prepared different maps, so in this case it’s just my fail.

Overall, we just kinda knew that on CT side we can easily beat them, but probably we just have really good experience with this kind of comeback. At some CIS RMR, for the Stockholm Major, we did something similar versus forZe as far as I remember, it was the same score and same map.

So you knew you could make the comeback?

It’s still pretty tough for me at least, because I’m pretty sure that as a team we are better than NIP right now.
Vladislav "⁠nafany⁠" Gorshkov

Touching on the other games, obviously you had a close game against G2 earlier in this RMR, a 16-13 win, what got you over the line in that one and allowed you to win?

Actually we really wanted to play versus G2 because in this season we didn’t play them at all, so it was really important for us.

It was just a good game by them and by us, so I really liked it. Maybe m0NESY didn’t play as he can, but we have some struggles on CT as well so it’s fair enough. We just had good preparation for them, and we played really well.

Next up you had a qualification series against NIP, where on the final map of Vertigo you had a 10-2 lead at one point, and later a 14-10 score, why do you think you couldn’t close it out?

It’s obvious that we choked, and it’s fair enough because we played like shit after we got to 14 rounds, we threw a 2v4, a 3v4, a lot of situations which we never lose usually.

It was a really tough loss for us, it’s still pretty tough for me at least, because I’m pretty sure that as a team we are better than NIP right now. Maybe in the future they can be better, but right now I feel like they don’t have a lot of structure or teamplay things, so it was tough for us.

I believe that in the future we will not lose like this.

Was it pressure, or did you maybe think the map was already won once you got to 14?

I think we just choked, I can’t say one reason because I don’t feel in-game that we had any pressure or thinking that we already won.

Maybe it’s because we are in our third week of playing, it’s a bit tough because every player is feeling the stress, everyone expects that we should show some good CS. Maybe it is pressure, but overall we can call it just stress, and it’s really hard to play three weeks in a row.

I think everyone in the team is playing great CS except me.
Vladislav "⁠nafany⁠" Gorshkov

To speak a bit more generally, it feels like you are playing yourself into some good form. ESL Pro League was a solid result and you showed some good CS here, how do you feel the team is playing at the moment?

I think everyone in the team is playing great CS except me, I am playing like shit it’s fair to say…

No IGL excuse for you then?

No no, it’s not working like this in my case, I’m not a HooXi, sorry (laughs).

Overall as an in-game leader I am better right now for sure, everyone in the team I believe feels it, even if you look at our scores we usually have a strong T side. groove and me are working a lot on our structure and game plans, just generally on our T side.

Let’s say we have pretty good form right now, but there is a lot of space to be better.

To pick up on that idea that you can be better, back in early 2021 you were the best team in the world winning lots of tournaments; how do you get back to that level, or is it even possible?

I think the team from early 2021 and right now are two different teams. Even if we just look at how we play right now.

Back in early 2021 it was five players and a coach who can sometimes speak in TeamSpeak, so he can figure out some conflicts or maybe figure out my mistakes in calling. It was working like that, so I could focus only on my game.

Right now, we are trying to let me call a lot and the other players just listen to me, sometimes it works sometimes not. Overall, I feel as a team we are better right now, we have more teamplay stuff.

Do you have a set goal for the Major?

As we all have said before, we don’t want any result except a win. That’s our main goal, and any other result is just not for us.

Even for ESL Pro League, it was a good run if we look at our previous season, but that’s not what we want. We know that we can beat everyone, even Liquid, even FaZe, even Astralis, even Vitality, everyone, so of course our main goal is to win.

mcs#
he meant that he has to frag more because unlike Hooxi he has more impactful positions on maps and many T-side c9 rounds depends on nafany's perfomance
2022-10-07 21:14
#29

memyselfandI
I got that. I am just making fun of the headline statement. It's such a safe and empty a statement when you say something changed. Change is inevitable and happens nonstop everywhere. Stability is literally impossible in this universe.
2022-10-09 00:21
Login or register to add your comment to the discussion. 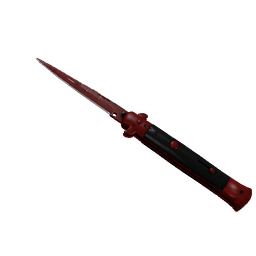