coldzera will make his return to the Major for the first time since IEM Katowice 2019, as he and his 00NATION teammates made it through the Americas RMR with a 3-1 record. TACO and company started off with a best-of-one loss to 9z, but bounced back with three consecutive victories against Isurus, Imperial and their last victims, Complexity.

The North Americans were one round away from forcing overtime on the decider map, Ancient, but fell just short, 14-16, and are were knocked down to the 2-2 pool, where they will have one final chance at making it to the Major.

TACO and coldzera's 00NATION are through to the Challengers Stage

The series started off in incredibly close fashion on Inferno, where Santino "⁠try⁠" Rigal and Ricky "⁠floppy⁠" Kemery were the players to watch in the first half posting 18 and 14 kills, respectively, as the two squads ended within one round of each other at the switch. 00NATION increased their lead to two by winning the pistol round on the CT side and the South American squad not only hit double digits, but won the first gun round to jet ahead and build an economy. Complexity showed their limitations on the attack, unable to break through the defenses as TACO and company hit match point . It was then that the North Americans reacted, but too late as the map slipped away 13-16.

Complexity won the first pistol round on the attacking side of Overpass, but weren’t able to convert against the forcebuy. An ace by Michael "⁠Grim⁠" Wince in the third turned the tides back in his team’s favor early on, but the half ended up being a close affair between the two sides that ended up with the North Americans up by one. Johnny "⁠JT⁠" Theodosiou and his men showed resolve on the CT side, winning seven straight rounds from the gate to set up match point, which they converted four rounds later to finish it 16-10.

Complexity then got off to a 3-0 start on the CT side of Ancient, but a first gun round going the way and a 1vs2 clutch by try in the fifth round cleared the way for a tie early on. Neither team could run away with a lead by the tenth round, until Complexity strung together enough rounds to take a 9-6 lead at the half. After the half a brawl ensued with 00NATION holding fast on the defense, reaching map point at 15-11, but it wasn’t until the very last round that the Brazilians secured the map and series to qualify for the Major in their home country.

The IEM Rio Major teams so far are: W0LFy[RushB]
This is a sign for orgs like Complexity to give an opportunity to SA players. 9z, 00 are evolving a lot more than any NA team in the last couple years. These teams are a better inversion than any NA lineup tbh
2022-10-07 20:53
4 replies
#29

FAZE_FAN_FROM_EU
Taco and baitzera stickers again after such a long time.
2022-10-08 09:11
Login or register to add your comment to the discussion. 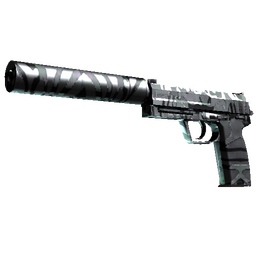