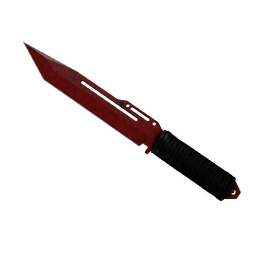 Xyp9x: "I feel more confident in the roles I've been assigned now"

The Danish veteran is happy about the changes made within the Astralis system.

In the second Elisa Masters Espoo quarter-final, Astralis took down the hometown heroes, ENCE, in a three-map series that ended in a nail-biting overtime. A 33-kill performance on the second map from Andreas "⁠Xyp9x⁠" Højsleth gave Astralis the momentum to win on Overpass.

Astralis have exceeded their own expectations this event

The underdog win for the Danes has set up a rematch against fnatic, who beat them 16-7 in the group stage. Before the semi-final, Xyp9x gave his perspective on how the veteran's experience of himself, Lukas "⁠gla1ve⁠" Rossander and Benjamin "⁠blameF⁠" Bremer is crucial to winning on the stage.

Since Kristoffer "⁠Kristou⁠" Aamand was announced to be standing in for Nicolai "⁠device⁠" Reedtz, the expectations for the team have been low. Xyp9x spoke about how the Astralis Talent players and the interim head coach have pleasantly surprised him.

Can you talk me through the final game and all the emotions you were going through in the double OT?

It was a really hectic game, both because of the two overtimes but also just in general. ENCE played really aggressively at times and we did too so it just got messy in many of the rounds. It was down to communication and I think our team lacks stage experience at this moment right now, so it was maybe a bit of nerves in those situations but I'm really happy were able to win in the end. I'm just proud of everyone. We have inexperienced players on the team from the talent team, so it is to be expected.

You mention the experience, it was at the end of the match that you and gla1ve had some big rounds, how much does that experience matter on a stage like this?

Did you expect the level of noise that we had here?

I think Finland showed up great, I didn't expect it to be kind of full here. I don't know how many people were here but my guess would be two or three thousand, I don't know. I think it will be bigger tomorrow, at least they said it was sold out, so I'm looking forward to the game tomorrow against fnatic.

There have been conversations about the structure and roles of Astralis, specifically around blameF and if there is a reliance on him to frag to win games. In the second map of Ancient you dropped 33 kills to win, is it positive to see the kills spread more evenly and is that a good sign for the future?

Well, I don't really care as long as we win the games. I saw a lot of action and I played good in that game. I don't necessarily see a lot of people in all the games that we play so sometimes the stats are misguided by where you play on the map.

blameF has a lot of the rotator positions or where there is action, so sometimes it is expected that he pops off because he is where the action is. blameF is a really good player and nobody can say anything about that. To answer the question about it being more shared or if we want it to be more shared among us, I don't really care as long as we win.

Have you been impressed by the two Astralis Talent players, and how you have made the semi-finals with them in the squad?

Sure. I didn't have many expectations from these players but I actually think they are learning quite fast. I think there is good development like there are small things you would say and the next day they would take it onboard. They do what you wanted from the day before, they come in and fix things.

they are here to be pros, to have a career and they come with a lot of energy and a lot of lust to win
Andreas "⁠Xyp9x⁠" Højsleth on MistR and kristou

It's a really good vibe as well with these players, they are here to be pros, to have a career and they come with a lot of energy and a lot of lust to win. It is really enjoyable to play with them.

You didn't have much prep as a five coming into this event, would you say you have met or exceeded your personal expectations?

I think by getting out of the group stage we met our expectations but by winning this game we exceeded them because obviously, we didn't have much preparation. We don't have device here, he's a great player and kristou is too but there is a difference there right?

With the lack of preparation, we were just happy to get out of groups. Now we face fnatic tomorrow and I am looking forward to what we can do against them, we didn't get a good fair chance in the best-of-one earlier so let's see what we can do tomorrow.

casle mentioned in an interview yesterday that the team has changed roles around since he came in, how are you feeling about the system and do you feel happy in the roles you are now playing?

I think we changed some roles yeah, I feel more confident in the roles I've been assigned now and I think it also shows in my game. So I am just happy about the new Astralis in general.

Would you say that casle is really coming into his own as a coach?

Yeah, I like casle as a coach. I know him from 1.6 so it's kind of funny that is the coach now of Astralis. He's a really good coach and I wasn't expecting him to be that good of a coach, so I'm really surprised of how good he is.

With fnatic being your match-up tomorrow, do you have any expectations from the match?

For now we haven't been able to look at the veto and stuff, but that is something we have to go back and look on, but it's just playing the game, it's just about shooting some heads. They did that in our game against them earlier, FASHR was really good against us so we have to shut those players down and just grind it out. It will be a tough game but I think we will manage.

The momentum you have gained from this tournament when you bring device in to play tournaments with you in the future, do you think that you are going to be able to capitalise on that and be on an upwards trajectory?

I mean I'm not really sure where we stand on the HLTV rankings right now, but I don't think there is a way more down than now if I can say that. So yeah it should be upwards now, at least that's what I hope and I feel like in practice it's been going really great with device when he joined the team. So yeah, I can't see a reason why we shouldn't be spiralling upwards. world_of_adventure
Absolutely. I don't know what people expected otherwise.. Sure, fnatic lost after they made playoffs in the major, but hey they did make playoffs. I don't think a post-rebuild astralis stood a chance
2022-11-20 00:08
#2

BoZZy1207
so glad to hear that man, people always looked at the rating and blamed you but true fans will know changing your roles affected your play-style, now that you have got good core rifler and dev is back please bring back the prime form my minister <3 #tothestars
2022-11-19 17:47
1 reply
#26

UnknownKnown
Must be some low iq villager. Everyone with a bit if brain knows that xyp was bad because of new roles since blamef was taking xyp old roles thats why he was bad also there was alot of chsnges and overall konfig say too inconsistent for a star player.
2022-11-19 18:01
5 replies
#22
Ax1Le |

BoZZy1207
and the other guy said it is because there is a thing called roles which was switched because of roster change, put you axile in a different role and then wait for his results.
2022-11-19 18:25
#13

I_Dont_even_PlayCS
had a good map and somehow gets article
2022-11-19 23:18
Login or register to add your comment to the discussion.