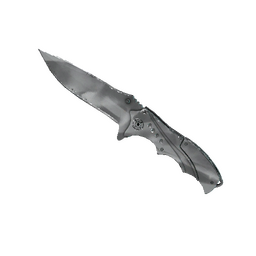 Just three teams remain in the running for the trophy as the tournament winds down.

The second day of the WePlay Academy League Season 6 playoffs has drawn to a close, with just three squads left in the running to take home the silverware and the $45,000 first-place prize.

MOUZ NXT, whose previous rosters became four-time WePlay Academy League champions, won't be able to return the crown to the German organisation after being eliminated earlier on Saturday. The roster has been unable to reach the same heights as their predecessors, and have now ended the past two seasons of the circuit outside of a podium finish.

The remaining three teams will hop back into the server on Sunday, with just the consolidation final and grand final left to play.

MOUZ NXT became the first team to be eliminated in the knockout stage after failing to post a single win on the board. The European outfit struggled to get anything going while in the playoffs, suffering a gut-wrenching 1-2 loss in the opening round at the hands of Spirit Academy to be sent down to the lower bracket, before being knocked out of the competition after being reverse-swept by NAVI Junior.

MOUZ NXT's fourth-place exit from the competition will be a bitter pill to swallow for the European combine. The squad were close to putting the series away in two straight maps, but ultimately let their comeback effort on Mirage slip away to be sent to the deciding map of Vertigo, where they were narrowly defeated in a 30-round game. NAVI Junior's lower-bracket victory over the European roster allows the Ukrainian outfit to live to fight another day. The lineup initially looked poised to storm through the playoffs after finishing at the top of Group A with an 8-4 record, but didn't have an easy run of things as an opening-round loss to Young Ninjas forced them down to the do-or-die portion of the knockout stage, where they staved off elimination with their win over MOUZ NXT.

NAVI Junior's shot at securing a grand final appearance now rests on beating Young Ninjas in the consolidation final. The Swedes were also cast down to the lower bracket after being brushed aside by Spirit Academy in the upper-bracket final. The matchup between the Swedish and Ukrainian rosters begins on Sunday at 15:00 , where only one team can advance to the grand final.

Spirit Academy have a chance at redemption should they go all the way and clinch the trophy on Sunday. The Ukrainian-Russian roster previously finished the last season of the league as runners-up, but have been on a tear this time around. They notably finished Group B as the highest seed with a 9-3 record, barely edging out Young Ninjas for the top spot, and have dropped just one map en route to their grand final berth.

Max 'maxster' Jansson
Time is adjusted to your selected timezone

seca34958
I feel like academy teams should change players more quickly. try some more upcoming talents instead of giving bots a whole year (or more) to prove themselves
2022-11-19 23:53
#6