What teams are fighting for at BLAST Fall Final

The event in Copenhagen is one of the last chances for teams to prove their worth before the end of the year. Who will succeed?

There’s plenty to get excited about with the BLAST Premier Fall Final set to kick off on Wednesday, considering a raft of teams that featured at the Major will either be desperate to redeem themselves or desperate to kick on and build on the momentum they built in Rio. It will also be the last event of the season for some, but comes with a chance to guarantee one more shot at glory with a BLAST Premier World Final spot for the winner. As such, there is much on the line for the teams in attendance, and everyone has something to play for.

For Natus Vincere, FaZe and Liquid, this event represents a chance to bounce back from their disappointing performances in Brazil; G2 will finally get their own shot at redemption after being forced to watch the Major from the sidelines; Heroic could cement their status as an elite team and one of the absolute best right now; and the new-look Ninjas in Pyjamas will prove which performance was the real face of the Ninjas, their 3-0 at the European RMR or their 0-3 at the Major.

Three sides who were tipped as potential IEM Rio Major winners, yet went crashing out of the tournament earlier than expected, were FaZe, Natus Vincere and Liquid. Natus Vincere left Brazil with their reputation the closest to intact out of the three, having at least made it to the playoffs. They also had somewhat legitimate excuses, as they faced the difficulties of a hostile crowd and a FURIA side riding the wave of its fans in the quarter-finals. It was nonetheless concerning to see the best player in the world, Oleksandr "⁠s1mple⁠" Kostyliev, post a 0.87 rating with no map above 1.00 in that series. There are also a rising number of questions around whether Natus Vincere can truly be at their best with Viktor "⁠sdy⁠" Orudzhev in the squad, and rumors are growing that he may be replaced before the year is done. A win at this event would do wonders towards putting those rumors to bed.

FaZe are most certainly the team who faced the loudest criticism in the wake of the Major, and with good reason. A close 14-16 opening loss to Cloud9 was forgivable, but less forgivable was the nature in which they lost; they led 13-4 and 14-8 at points in that match, yet were unable to get over the line. A 6-16 spanking by Vitality in their next outing set the alarm bells ringing, and air raid sirens came on full blast when they suffered a shock elimination at the hands of Bad News Eagles.

There were a range of factors at play in Rio de Janeiro, including the subdued recent showings of Robin "⁠ropz⁠" Kool and Helvijs "⁠broky⁠" Saukants, the inexplicable gamble they went for in the veto against BNE by floating Vertigo, and the sudden reversal of their tendency to step up in the vital moments. FaZe seemed to perform contrary to their identity in Brazil and they need to start getting back to their best in Denmark or the current whispers that the squad is hitting the classic six-eight month wall that Finn "⁠karrigan⁠" Andersen-led teams often hit will become shouts. As for Liquid, the Major could very well be seen as a bump in the road more than anything else. Sure, they did not reach the playoffs, but they posted a competitive 2-3 record in the Legends Stage with map wins over Natus Vincere, Heroic and Spirit, and did so in the context of their talismanic new signing Mareks "⁠YEKINDAR⁠" Gaļinskis not hitting the mark at the event. The Latvian rifler has been a revelation for the American squad, not only providing his uniquely aggressive playstyle on the server, but also helping the team understand Counter-Strike from a new perspective.

Unfortunately, his performance in Rio was far short of his usual standards. He came into the event with a 1.16 average rating since joining Liquid and dropped to a 1.00 rating at the Major. BLAST Fall Finals will serve as a litmus test for this team and will help decide whether their Major performance was a blip or the beginning of the end of a honeymoon period.

EliGE was devastated after elimination from IEM Rio

Perhaps the biggest storyline looming over the BLAST Fall Final is the potential for a G2 redemption arc. Their failure to qualify for the IEM Rio Major was an utter disaster after they had just revamped their roster for the second time in 2022, swapping out IGL Aleksi "⁠Aleksib⁠" Virolainen for Rasmus "⁠HooXi⁠" Nielsen amidst rumors that the Finn was struggling to work alongside Nikola "⁠NiKo⁠" Kovač and Rémy "⁠XTQZZZ⁠" Quoniam. They also brought in a firepower upgrade in Justin "⁠jks⁠" Savage, who took over from the much-loved but also oft-maligned Audric "⁠JACKZ⁠" Jug.

The initial signs seemed promising as the team qualified for the imminent Fall Finals and finished top-four at ESL Pro League. HooXi even managed to steadily improve his fragging performances after a dismal individual showing at his first event with G2, but it all came crashing down around their ears as they were dispatched by two teams outside of the top 20, GamerLegion and 1WIN, from the Major's European RMR in Malta.

The devastation the squad felt was apparent, with tweets coming from NiKo, Nemanja "⁠huNter-⁠" Kovač and XTQZZZ emphasising the damaging effect the underperformance had on the mentality of the team. As if to compound their misery, XTQZZZ departed the squad mere weeks after the conclusion of the failed RMR campaign, with accusations flying that he was quitting on the team. Read more
NiKo: "This will probably be the two toughest months in my career"

G2 must produce a confident showing in Copenhagen if they are to dispel some of the doubts that are currently hanging over them, lest they end their year with further questions being asked of the roster and its capabilities. It must have been painful for the players to have to sit on the sidelines for such a long time, watching the spectacle of the Major while knowing they were favorites to qualify. BLAST Fall Finals represents a chance to do silence the haters, but another poor performance here will send the team into the off-season with nothing but doubts hanging over their heads.

Heroic are one of the few teams that will turn up to the Royal Arena with momentum firmly behind them. Ever since winning three trophies in the online era, two of them major coups in the form of ESL One Cologne Europe and ESL Pro League, the team has struggled to recapture the same form on LAN, and they sought to remedy this by replacing perennial LAN underperformer Ismail "⁠refrezh⁠" Ali with Jakob "⁠jabbi⁠" Nygaard. The early signs suggested it was at best a lateral move as the team achieved very little in the first few events after the swap, but things seem to have clicked in a run that has seen the team qualify for Rio, win the BLAST Fall Showdown, and go all the way to the grand-final of the Major.

Casper "⁠cadiaN⁠" Møller has been in some of the best form of his career, jabbi himself stepped up massively in the Fall Showdown with a 1.17 rating, and Martin "⁠stavn⁠" Lund is getting back to his best after a mini-slump from IEM Cologne to ESL Pro League. Combine all of this with the fact that they are on home turf, and it's hard to not list them as a favorite for this title. A deep run in Copenhagen would cement Heroic’s status as a legitimate top-two squad, secure a spot at the World Final in December, and set them up beautifully for 2023.

Which NIP will turn up?

The most difficult squad to assess ahead of the Fall Final is Ninjas in Pyjamas. They just brought in Aleksib, which has allowed Hampus "⁠hampus⁠" Poser, arguably their best player in recent times, to focus on his impact in the server and freed him from the IGL reins. All seemed well early on, the squad cruised through the Europe RMR with little fuss and qualified for IEM Rio, but at the Major itself they completely flopped, going 0-3 and suffering elimination at the hands of Sprout.

Ninjas in Pyjamas only have two meaningful tournaments to use as data points, and with both of them returning completely opposing results, it’s nigh impossible to gauge exactly where they are at right now — particularly considering the role swaps that accompanied Aleksib’s arrival. Will the Ninjas in Pyjamas of the RMR turn up in Denmark, or will the one that reared its ugly head at the Major appear? The event in Denmark is the perfect chance for the Nordic squad to show what they are made of in the coming week. Read more
djL: "I didn't feel like we were even on the server" zerm999
Danish people lost a lot of respect for them, when they first decided to cheat with hunden and afterwards making a video, where they were crying to get sympathy.
2022-11-22 15:32
3 replies
#33
dupreeh |

qwertyurass
Dude that's old news They've shown that they can perform without cheats on LAN (okay they were shit vs outsiders fine) I mean bruh- legit your own players
2022-11-22 15:43
2 replies
#36 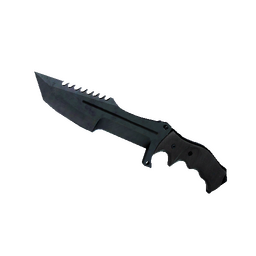