nitr0: "We have a bit of vengeance in us for this tournament"

Captain America is keen for Liquid to redeem themselves after a disappointing finish at IEM Rio.

Liquid have gone from strength to strength since adding Mareks "⁠YEKINDAR⁠" Gaļinskis, improving nigh on instantly and developing their performances with each event, the pinnacle of which was a runners-up finish at the most recent ESL Pro League.

Thus they were one of the favourites to take the IEM Rio Major, but losses to Heroic and Spirit ended their dreams before they could even make the playoffs.

Nick "⁠nitr0⁠" Cannella feels his team have arrived at BLAST Premier Fall Final with added fire in their bellies as a result of the Major disappointment, and he reflected on that fact as well as his team's performance in their opening win against G2 in an interview with HLTV.

How do you feel starting your campaign with a victory?

It feels good, especially after the Major performance that we had, not winning against Spirit really hurt us. I feel like we have a bit of vengeance in us for this tournament, and obviously there's some big circumstances potentially making Abu Dhabi at the end of the season. Ultimately if we don't succeed here then we're done for the season, and no one wants that so we're definitely working really hard to get this victory.

To talk about Vertigo, you had a five-game loss-streak on it before winning here, how were you able to turn it around against G2?

We were 100% expecting them to pick that map, so we had good prep going into it. When it's a map that you know an opponent is going to pick it's easier to prep, right? We literally said if they don't pick it, it doesn't make any sense for their veto, so ultimately we were sure they were going to pick it. We had some good practice on it last week because we knew it would be a weak point for this tournament.

So it's a bit of an advantage knowing who you are going to play, you can predict the vetoes?

nitr0 expects his squad to continue their recent rapid improvement

One thing I wanted to ask about on Vertigo was there was a boost they used towards B site, where they were looking in from CT spawn towards the site. It's not a boost I've seen before, were you guys ready for it?

Yeah, we've seen that boost before (smiles). The problem with it is like… I think it was a 3v3, and the triple-boost is good, but it gives away a lot of information, we know exactly where they all are, so it has its pros and cons.

Moving on to Mirage, you started off quite well in the first half and then it felt like it tapered off a little bit, G2 put quite a few rounds together. What do you think happened?

I think we had really good reads going against them, but I think maybe we were trying to force the issue too much, [force] our gameplan. We had a fallback plan, but the fallback plan wasn't working as good as we thought it would, I think you see it a lot in professional game where Ts go big, and CTs adjust, and it's up to you to adjust to their adjustment. So yeah, they had a really good CT side after that.

You mentioned earlier in the interview about being disappointed in your Major performance. Are you setting yourselves the standard of being one of the best teams in the world, being right at the top and challenging for titles?

Yeah, I think when we picked up YEKINDAR we instantly knew that we were going to be a better team, and our expectations immediately rose. We got really good tournament placements, we did well at Cologne, we won our group at BLAST, did pretty good at EPL with a second place, so our expectations rose pretty quickly. When that happens, you are kinda setting yourself up for disappointment if you don't perform to those expectations, and realistically it's hard to be a consistent top-five team with this small of a roster change. I think for short-term we've been doing really well, and I think we can just keep on improving on it. The longer that we're together, the better we'll be.

Lost_Wanderer
Hello, you are currently banned for reply spam, that is copying the initial thread text and pasting/posting it as your own reply to a given thread. Regards
2022-11-24 09:29
#7

whocareslul
dunno why so many ppl on hltv want to get him off the team. whenever i watch liquid nitro mostly doesn't topfrag, but he has plenty of clutch rounds. Also liquid mood seems pretty good whenever they're on player cams. look at g2...
2022-11-24 01:31
1 reply
#54

thizzle
He has a round, maybe two, where does something good, and he’s an eco fragger. Other than that he causes Liquid to lose rounds with his fragging and bad play. Liquid would be better off with another IGL and that’s why people want him gone. They want to see Liquid win tourneys, not a match or two before being eliminated.
2022-11-24 07:49
#39

SilverQuick
The thing about nitr0 is that he is not consistant sometimes he is a sick player right and sometimes he can't get more than 4 frags in the whole game like he was the reason Liquid got eliminated from the Major he did pretty pretty bad that day.
2022-11-24 03:02
9 replies
#46

A_Momo
Do you only look at the stats? Yek was the one that fucked it up at the major. The team never had such a good mindset since Nitro left the team. He brings stability in and out of the game. Go play any sport, even if your team captain sucks, he's the captain because he's the best motivator, not the best player.
2022-11-24 05:42
8 replies
#55

thizzle
So they usually play 4v5 because of Nitro, and when NAF/Yekindar/Elige has a bad game then they are playing 3v5. Move him to coach if he’s so good for stability and bring in an IGL can get get some frags. Faze suffers from the same problem with Karrigan. Look at the teams that did well at the major. Their IGLs were fragging.
2022-11-24 07:54
7 replies
#62

thizzle
They say Yekindar has been calling on certain maps/situations. They could make him IGL and pick up a good rifler. konfig for example. If they want to just replace him with someone that’s an IGL already, they can find someone off a tier 1.5/2 team easily. Even some tier 1 team IGLs that aren’t too high in the rankings would probably be willing to join Liquid with the team they have.
2022-11-24 12:55
5 replies
#69

thizzle
He’s one of the main stars. He’s on top some games, and other games it’s Elige or Naf. His stats may drop but they would still way better off with him as IGL and adding someone like Konfig to replace Nitro.
2022-11-24 12:57
3 replies
#74

A_Momo
Being an igl is not only about making a call during the round, any player can do that. Yekindar does it because they base their game around him, but he's not the one making the game plans and making sure they follow it. Nitro's job is to execute the plan and make sure the team stays with it. That means 80% of his time is to look at his radar to understand everything that goes into the round. He has to remember and make a plan on the fly for every situation all while he needs to focus on what's in front of him. Yek is only there to help him get that information or make a call for him if he cant. People saying Yek can be an igl because he makes some of the mid round calls have no idea how hard it is to igl.
2022-11-24 13:36
2 replies
#75

thizzle
People have the same idea of how hard it is to be an IGL as you do. Also Nitro isn’t making the game plans by himself. He’s doing that along with the coach and probably a few of the background people with the org. Yekindar could fill that role and have better stats than Nitro.
2022-11-24 14:37
1 reply
#82

A_Momo
Have you ever lead a team in your life? A real team and not just a group project at school? Cause i did and still do, both in csgo and at work. Why do you think i get paid more than my coworkers? They are as good if not better than me at the job, but i still lead them. It's hard to do and not everyone can do it right. Making calls is not leadership, any boss can do that, even the bad ones. Of course the gameplan is made as a team, but someone has to make sure everyone follows. There's a world of difference in your concentration when have to care for outside problems. I'll give you an easy exemple in csgo: how many times have you stared at your crosshair waiting for someone to peek? a lot i suppose. To be consistent doing that, you need a lot of concentration. Imagine if you have to deal with the same situation, but 50% of that concentration needs to shift to your radar, or the comms or anything else? Of course you are going to miss more often. Not being able to hold properly a site because you looked away for a split second. That's what Nitro has to deal with, so the others can all stay focus on their play.
2022-11-25 03:52
#47

Beard43
Well they won their warmup scrim against the PUG they played today nicely, looking forward to seeing a more serious matchup tomorrow morning, good to hear they have the fire burning!
2022-11-24 06:05
#72
NAF |

1cristiaan
So it's a bit of an advantage knowing who you are going to play, you can predict the vetoes? Exactly, yeah ayoooooo
2022-11-24 17:01
Login or register to add your comment to the discussion. 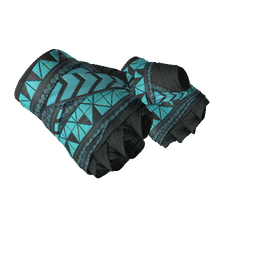