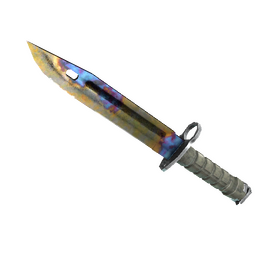 G2 advance to the quarter-finals after a 2-0 win against Fluxo.

G2's star trio of Nikola "⁠NiKo⁠" Kovač, Nemanja "⁠huNter-⁠" Kovač and Ilya "⁠m0NESY⁠" Osipov combined for 129 kills to get the win against Fluxo, 2-0. m0NESY's 1.44 rating particularly stood out for G2 as the young AWPer found impact in crucial rounds, especially on the CT side of Mirage.

The international side put their disappointing 0-2 loss to Liquid behind them as they dominated Dust2 16-4 and won Mirage 16-14 to eliminate the Brazilian side from the competition. G2 will next face the IEM Rio Major runners up, Heroic, in the BLAST Premier Fall Final quarter-finals on Friday.

The first half of Dust2 was a tale of a rather easily stoppable force meeting an immovable object. In the first five rounds, the Brazilians were unable to get a foothold in the map as they only got five kills while on the attack. G2 conceded their first loss in the 12th round due to a miscommunication and NiKo being caught with a smoke in his hand. Up until this point Fluxo were completely shut out. The mistake was a momentary setback for G2, as Fluxo's momentum was cut short and the half ended 13-2.

Vinicius "⁠vsm⁠" Moreira did his best attempt to bring Fluxo back into the game, as he got two big entry kills in the pistol round. His side found two rounds in the second half making it 14-4, but they were stopped there. G2, aided by a triple kill from m0NESY in the final round, closed out the game 16-4.

Three huge skills from Lucas "⁠Lucaozy⁠" Neves in the pistol round ensured that Mirage would not start the same way as Dust2. The Brazilians quickly put map one behind them and gained a 5-2 lead on their CT side. João "⁠felps⁠" Vasconcellos, who couldn't find his form on Dust2, stepped up for Fluxo as they narrowly maintained their lead. G2 did not let the Brazilians run away with the half and had the opportunity to tie the game 5-5, but were denied by a 1v1 clutch from Adriano "⁠WOOD7⁠" Cerato. G2 continued to bring the game close but Fluxo kept the lead 9-6 at the half.

The CT half for G2 started with a clean 3v3 retake in the pistol round and a win in the two following rounds that tied the game at 9-9. Fluxo learned from Dust2 and was not shut out of the game on their T side. The lead oscillated thanks to kills in crucial rounds from NiKo and Lucas "⁠lux⁠" Meneghini for their respective teams until the score was tied at 13-13. Fluxo took the lead, but once again G2 found a crucial round win off the back of a force buy. m0NESY and huNter- came up big in the final two rounds, which allowed G2 to close out the second map 16-14 and eliminate Fluxo from the event. shinebair
Hu Xi, Patriarch of the 'Xi Tu Sect' known for his supreme intellect and strategical prowess. He managed to reunite China under his banner by leading a campaign against the 'Flu Kso' who dominated the region. Hu Xi was previously part of the 'CCP Flames' who were a state funded organisation but was seeked out by Ancestor Carlo Sr to lead his troops against the enemy. His members include the genius prodigy Mon Se, the twins of the great Kovac Family and the stone faced Jia Kuan Sun. Fortune tellers and dream readers have prophesied that the 'Xi Tu Sect' will manage to win the great Major and bring a new era of prosperity.
2022-11-24 18:33
4 replies
#9

klein_nein
Fluxo is a tier team? It doesn't appear in any South American league but for some reason it came to be here... Worst of all, VSM has had VAC for years and continues to play as if nothing had happened.
2022-11-24 19:32
5 replies
#16

klein_nein
No. That victory only served them for the showdown North American... what I'm saying about those matches are very strange, an invited team like SHARKS that hasn't had a good team for years is going to beat Complexity 2-0? the free pass that they had to reach the final was to put 00nation vs VERTEX so that 00 wins and so fluxo can crush them and gg right? It looks like a typical small gambling tournament. It doesn't surprise me in CS and less with these br teams.
2022-11-24 22:32
#18
BARDOLPH |

klein_nein
but when did they take it off? in the open qualifier to the RMR of the rio major, one or two teams refused to play against Fluxo because they saw that one of their players had VAC, and it was vSm... at that moment they just appeared because the organization is new but vSm He doesn't say anything about it either and from the Brazilian organizations they turn a blind eye, I don't understand what the point is with valve either, nor that he was a superstar or dying to play a little CS.
2022-11-24 22:37
1 reply
#23
BARDOLPH |