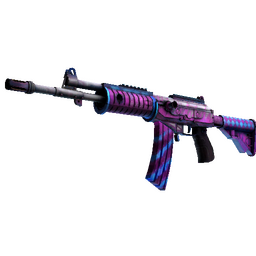 The most important women's Counter-Strike league is returning to LAN for its Season 2 Finals at DreamHack Winter.

ESL Impact League, the premier women's Counter-Strike league, is set make its LAN return for the Season 2 Finals. The first offline finals were played in Dallas, Texas, USA, but have now moved to Europe and will take place in Jönköping, Sweden, as a part of DreamHack Winter on November 25-27.

Seven weeks of online play have distilled the ESL Impact League teams down to eight. Six of the qualified squads hail from their respective regional leagues — two from South America, two from North America, and two from Europe —, plus two more that did not play in leagues but are joining through open qualifiers in South Africa and Asia.

A new Impact League champion will be crowned at DreamHack Winter

The LAN finals are headlined by the reigning champions, Nigma Galaxy, whose Ana "⁠ANa⁠" Dumbravă turned heads due to her performance in the first season's finals when she topped the stats leaderboard with a 1.36 rating across eight maps in her team's championship run. She was also the second-highest performer at the ESL Impact standalone event at DreamHack Valencia. The other team to qualify from Europe is the Russian NOFEAR5, who will be playing their first ESL Impact Finals.

The North American heavyweights from the first season, CLG Red and EG Gold, will be in attendance at the ESL Impact Finals for the second time. CLG Red, long held as the top team in their region, were semi-finalists in the tournament's last iteration, while the core of EG Gold finished in 5-6th place under the Please Send Help tag.

The two teams representing South America are also the same ones that played the Season 1 Finals, FURIA fe and B4 fe, although the latter played the last tournament as Black Dragons fe. FURIA fe's Olga "⁠Olga⁠" Rodrigues was one of the standouts in her team's runner-up performance in Dallas, with a 1.29 rating in 10 maps. and she was also the top performer at the Impact event in Valencia, Spain, where her FURIA fe fell to Nigma Galaxy in the final once agian.

The two wildcards are ATK fe, from South Africa, and HSG fe, a mix of three Chinese and two Malaysian players. ATK fe sent a team to the first ESL Impact, but only two players from the roster that got 0-16'd by Nigma Galaxy in Season 1 remain.

ESL Impact League commentator Lucy "LucyLuce" Eastwood wrote about some of the storylines ahead of the event in Sweden and went over each of the eight teams that qualified, what makes them special, and who to watch out for. It can be found here.

The team of talent bringing the show to life from DreamHack Winter is: