The Danish squad earned their chance to play at the Royal Arena in front of their home crowd.

Heroic became the third team to secure a spot in the semi-finals of BLAST Premier Fall Final 2022 after defeating G2 in the quarter-final. The Casper "⁠cadiaN⁠" Møller-led squad easily claimed Mirage (16-8) after a successful CT side before suffering a convincing defeat of their own on Nuke (6-16). The series was decided on Vertigo (16-12) thanks to Rasmus "⁠sjuush⁠" Beck's performance.

The Danish squad will take on Liquid in the first semi-final on Saturday at 15:30 . Heroic defeated the North Americans in the Legends Stage of the IEM Rio Major earlier in November and will be looking to repeat their performance in front of their home crowd.

Heroic will play at the Royal Arena after defeating G2

G2 opened up their pick of Mirage with a pistol round victory, but a misplaced Molotov during a B site push turned the tide, allowing Heroic to convert their force buy. The Danish squad took the lead and never looked back, stringing six consecutive rounds to close a fantastic CT half 12-3 ahead while Martin "⁠stavn⁠" Lund and cadiaN topped the scoreboard.

G2 found a little more success after halftime, claiming five defensive rounds, but the deficit was too large to overcome. Heroic comfortably claimed the series lead with a 16-8 victory on the T side. Rasmus "⁠HooXi⁠" Nielsen failed to find impact in the server and ended the map with a 0.24 rating and 33.3 ADR.

The European squad came into Nuke in much better form and took the early advantage on their preferred CT side. Nikola "⁠NiKo⁠" Kovač played a solid defensive half, recording a 14-6 K-D and a 1.59 rating while propelling G2 to a half victory. Heroic converted a force buy on the tenth round, allowing them to get back on their feet and steal three of the remaining six rounds to salvage a 5-10 score before the break.

G2 carried their form into the second half, only dropping one round while cruising to a 16-6 victory to even out the series. Nemanja "⁠huNter-⁠" Kovač and Ilya "⁠m0NESY⁠" Osipov impressed during their short offensive stint with 1.94 and 1.76 ratings respectively.

G2 continued to dominate pistol rounds by taking the opening on Vertigo, but their success was short-lived. Heroic quickly responded with a win of their own to temporarily break the CT economy and claim a 6-3 lead. sjuush provided the highlight of the half with a 1v3 clutch towards the B site to secure his team's last round in the 6-9 half.

The European squad secured their 100% pistol round record in the series after switching to the T side, expanding their advantage to 11-6. G2's offense immediately hit a wall once the Heroic rifles came out and only managed to claim one round before cadiaN and company closed the series with a 16-12 scoreline.

The defeat means G2 have been eliminated from the Danish LAN and will travel back home with only a victory over Fluxo to their name. Their season is, however, not over as they will compete at BLAST Premier World Final in December thanks to their position in the circuit ranking. MartyCzech
yeah I'm kinda worried about HooXi and maybe huNter- cuz they've been playing pretty badly these months so i feel like some roster cahnges incoming after Blast World Final or even before!
2022-11-25 19:12
7 replies
#22

NAF_EZAF_LANOISULED
They should think players, who should fit their playstyle and improve management around players etc
2022-11-25 19:17
#24
JACKZ |

hi_mens))
It's really not too surprising. G2 has no team synergy and are totally individualistic in their players. You'd think Niko would have learned from ENCE that firepower and no tactics is not the way to win.
2022-11-25 19:08
1 reply
#19
BzOo |

pandorra
Nexa would be perfect fit since he can actually shoot back at the enemy unlike Hooxi. but i don't think any t1 team will ever sign boombl4 again after all the controversy.
2022-11-26 00:41
#27

VALORANTISALRIGHT
time to realize that jks cant work in teams, and can shine only as a stand-in in some tournamentos. nice scouts G2, nice brainerino, UNLUKO
2022-11-25 20:27
#36 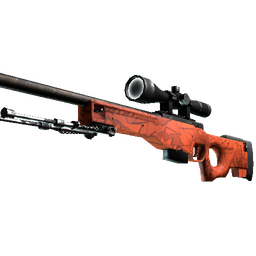