Heroic are through to the championship match of the BLAST Premier Fall Final, surpassing Liquid 2-1 in the semi-final (16-10 Overpass, 17-19 Inferno, 16-9 Vertigo). Casper "⁠cadiaN⁠" Møller's men delivered on the home stage and successfully followed up on their IEM Rio Major grand final appearance, and now look to do one better as they take aim at the trophy in Copenhagen with the support of the home crowd behind them.

Liquid have been sent home in 3-4th place, a disappointing finish to the event in Denmark where they looked a slightly reinvigorated side following their lackluster performance at the IEM Rio Major. The team have shown better form since the addition of Mareks "⁠YEKINDAR⁠" Gaļinskis, but titles remain elusive to them, with their showing in the Royal Arena leaving them with questions as to how they can improve their trajectory further heading into the new year.

The North American side could still have one event left on the calendar this year as they remain in contention to qualify for the BLAST Global Final, but haven't guaranteed themselves an appearance at the event quite yet thanks to their semi-final exit. Ninjas in Pyjamas can still snatch away the final qualification spot if they managed to win the Fall Final, but that is a tall ask as they will first have to overcome FaZe in their semi-final matchup.

René "⁠TeSeS⁠" Madsen kicked off the semi-final match with a pistol round quad-kill to put Heroic in front. The Danes reached 3-0 before Liquid finally scored in the fourth, which sparked a back-and-forth affair all half. Heroic held an 8-7 advantage going into the second period, with TeSeS and YEKINDAR serving as their respective teams' top fraggers after picking up 11 kills each.

Liquid reached double-digits first coming out of the break thanks to their quick three-round spree. From that point on, though, Heroic embarked on a flawless run towards the map victory with eight consecutive round wins to wrap up Overpass 16-10. Liquid couldn't find an answer for the Danes' perfectly-timed lurks and rotations which ultimately led to their demise on their opponents' map pick.

Heroic were red hot early on Inferno, garnering a 7-2 lead thanks to a lockdown A defense and successful B retakes. Liquid stopped the bleeding in the tenth and steadily built up steam, with Nick "⁠nitr0⁠" Cannella's squad eventually taking over the lead 8-7 heading into the switch after a six-round spree. cadiaN and company regained their advantage at the beginning of the second half and found themselves four rounds away from the grand final at 12-10.

Liquid dropped rounds due to blunders such as failure to pick up a defuse kit and a miscalculated spray by nitr0, but found their groove towards the end of regulation and secured map point at 15-13. Two rounds away from the end of the map, Heroic channeled the energy of their home crowd and sent the game to OT after back-to-back post-plant holds. However, it was all for naught as six rounds of extra time were all Liquid needed to fend off the Danes, with YEKINDAR putting a bullet through Rasmus "⁠sjuush⁠" Beck's head in round 36 to clinch Inferno for his side, 19-17.

Liquid won the first three rounds as the attackers on Vertigo, but from then on Heroic completely annihilated the North Americans, scoring 11 out of the next 12 to enter halftime up a whopping 11-4. TeSeS in particular stepped up with multi-kills round after round, but the entirety of Heroic just looked in much better form throughout the first half, helping them hold their advantage heading into their own attacking effort.

Josh "⁠oSee⁠" Ohm and YEKINDAR kept Liquid in the running following the side swap, securing a pistol victory for their side which they converted into a four-round spree. A Tec-9 force-buy and test of Liquid's B defenses was what turned the tides for Heroic, cadiaN playing off information of how Liquid would defend against an execute from a previous round to pull off a successful re-execute to get his team an upset round in the books. From there, the Danes seized control of the map and didn't relent, with Liquid managing to add just one more round to their tally before their fate was sealed away by Heroic, 16-9.

qwertyurass
Brah idk liquid is that team that for some reason whenever they lose i feel bad because ik that they threw the game
2022-11-26 20:27
#18

warlockxi12
Are you a pro player ? How many teams have synergy at the level of Heroic ? There is no weak link. 4 strong rifles and Cadian however behind others AWPers, does more than enough with calling. You just love the franchise bs so much that you can't tolerate any other team taking down your favorites. Appreciate the pure and exciting CS and emotions Heroic bring. Your hate or perspective does not make them bad. They are legit T1 team that can challege any other team for titles
2022-11-26 21:32
4 replies
#30
frozen |

warlockxi12
Man no disrespect but they beat crowd powered Furia (who beat Navi) and Liquid (who beat Navi) Heroic is still young team. Most likely its a mental block for them against favorites like Faze, Navi. Pay attention, whoever they lost to went on to the Final of all major events in last 2 or so years. Thats no joke. They are the most consistent team out there. Yes, they loose random matches, but its just matter of time. They will break through sooner or later. Top 4 - Top 8 - Top 2 in consecutive majors in no small feat. Only advantage favorites have over them is experience and that will disappear at some point.
2022-11-26 23:21
1 reply
#38

Thousand_Voices
+1 All players are good, they have IGL, they have strats and teamplay. Their games are just enjoyable to watch whether they win or lose (except last Major finals where they weren't themselves).
2022-11-27 04:44
#36

Lost_Wanderer
Not osee fault that elige choked yet another important game. I'vee seen liquid fans were defending osee saying that him no need to frag a lot, because elige, naf and yekindar are liquid carries and so far what we've seen from osee would be enough to win trophies.
2022-11-27 05:38
#35 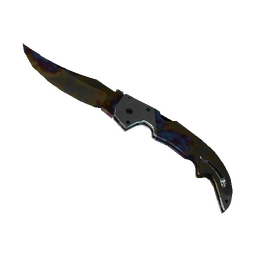