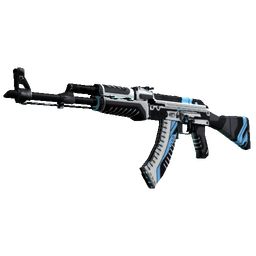 How important is winning your map pick?

We dive into the importance of 1:0 leads, vetoes, and the difference between a tall and wide map pool.

The veto is one of the most important parts of a Counter-Strike match. It's where captains like Finn "⁠karrigan⁠" Andersen have gained an edge for years and where teams have flexed their muscles with seven-map pools and terrifying pocket picks.

The complexity of the game is only going in one direction and one might expect that in the future the veto will become even more important. A full seven-map pool is hard to pull off in a complicated meta of magic molotovs and countless variations of the same default grenades, so teams might end up relying on a smaller section of the pool to get their wins from, making their first pick even more important.

A strange trend has emerged this year. In the 178 best-of-threes from 2022 that we analyzed — including both Majors, IEM Katowice, IEM Cologne, IEM Dallas, BLAST's two Finals, and ESL Pro League playoffs —, the team that picked the first map actually went 1:0 down 53% of the time, more often than they won their own pick.

Normality resumed on the second map, with the team that picked it winning 55% of the time. Overall, that comes to a 51% win-rate for the team that got to pick the battleground. Over such a big sample size this seems to imply that something tangible is to blame for the difference between maps one and two.

The other explanation comes in the way vetoes are arranged. At the Majors, the higher-seeded team will usually choose to be 'Team B', which means that they get to choose the starting side on the third map at the cost of their opponents picking the first map. ESL and BLAST use knife rounds in the third map, but the higher-seeded team still gets to choose who picks first. Because of this, the average HLTV ranking of the team that picks map one (Team A, in Valve speak) is 12.4 in our sample, while the average for map two (Team B) is 8.3; the better teams are choosing to pick and ban second. This is clearly the reason for our skewed statistics on first-pick win rate.

The trend remains, however, once we exclude the Majors and only take into account matches in which the difference between teams' HLTV rankings is less than 5. In this smaller sample of 90 matches, 59% of teams won their map pick on map two, while just 46% won map one if they picked it. There appears to be an advantage to picking second, whether real or perceived, even without choosing the starting side. FaZe chose to be Team B in 59% of their series in this sample and Natus Vincere were even higher at 70%.

Being Team B does give greater control over the veto in terms of forcing opponents to ban first. In certain scenarios this is a clear advantage: If both teams have the same permaban, Team B can wait to see if Team A will float the map. The same applies to the decider, giving Team B a chance to play mind games. Mind games don't make up an 8% difference, however, and it seems clear that the driving factor behind this difference is that the better teams are starting as Team B, rather than there being a huge advantage to starting as Team B.

We can see where Team B's advantage comes from when looking at win-rates on map picks by team. The best teams of 2022 maintain their winning record on their map picks whether that comes in map one or two of a series. This has the knock-on effect of making it even more difficult to determine how big of an advantage a 1:0 lead is in a best-of-three, so take the following with a pinch of salt.

As you can see, 78.7% of 1:0 leads are converted into series victories. That isn't surprising given that the mathematical probability of a coin toss is 75% — 50% chance of winning map two, and a 25% chance of losing map two and winning map three. We can put the extra 3.7% difference down to low sample size or a psychological edge.

A CS:GO match, however, is not a perfect coin toss. Winning map one when it's your own map pick gives you a 74% chance of turning that 1 into a 2. When you win your opponent's map pick, it skyrockets to 83%. This makes coming back from a 1:0 deficit in a best-of-three roughly comparable to coming back from a 4v5 in-game. It also means that three-map series are quite rare, deciders are necessary in just 42% of matches.

This only re-enforces the importance of the veto. If you can target a weakness in the opponent's map pool to take a 1:0 lead, you have a very good chance of taking the whole series. Likewise, if there is an easily exploited weakness in your own map pool, you are shooting yourself in the foot.

Having both a pocket pick and a deep map pool is exceedingly difficult, so when forced to pick one, it is pertinent to discover which approach is more efficient. In other words: Is it better to win your own map pick and risk losing on your opponent's (and the decider) or vice versa?

This is largely a philosophical discussion rather than one with a concrete answer, but statistics can show which teams are successful in one approach or the other. Below is a scatterplot of teams' win percentages on their own map pick and win percentages on their opponents'. Along with the chart there is some new terminology, borrowed from the Civilization franchise of strategy games.

A 'tall map pool' refers to one that is top-heavy, teams that often win their map picks but fall away from their home map. 'Wide' is the opposite, teams that stretch themselves thin. 'Deep' map pools have both width and height, showing that those teams can win on their pick and their opponents', while 'shallow' is the opposite in this case.

fnatic, MOUZ, Movistar Riders, and Copenhagen Flames posed the strange trait of performing better on opponents' map picks than their own, which suggests a relatively wide map pool. A team like Imperial has struggled with a shallow map pool, which is reflected here in their 20% win rate away from their home maps of Inferno and Overpass.

Astralis stand out for punching well above their station on their map pick with a 62% win rate, which might be due to their prowess on Ancient earlier this year, where Kristian "⁠k0nfig⁠" Wienecke found the consistency that eluded him elsewhere. The Danes are joined in the top-heavy zone by Spirit, FURIA, and Heroic — though the number-one team in the world have found greater success both home and away since the break.

FaZe and Natus Vincere, the elite teams of 2022 boasting strong win percentages, are joined by Cloud9 and Liquid in the top-right quadrant. FaZe, in particular, shine in our smaller sample of Big Events. Despite defeat in Rio and a perceived weakness on Ancient, the best team of 2022 achieved both the highest win percentage at home and away in our sample.

Recency bias means FaZe's year may go underappreciated, especially if failure awaits at the BLAST Premier World Final in Abu Dhabi, but statlines like this prove just how good they have been this year and show consistent excellence across the map pool. They did not choose between a tall or wide map pool, they had both.

It's the model all teams will try to emulate in 2023, but with the top twenty, let alone top ten, blown wide open after the Rio Major, there is no guarantee that FaZe or anyone else will manage to repeat this feat. Dominance should never be taken for granted.

Servaaa
Haha :D had phases where I read the forums, quite irregularly and didn‘t wanna waste my time arguing with the highly mature hltv audience. And I gotta admit I‘m a stat freak xD
2022-12-07 21:17
1 reply
#87
rain |

1Eutopia
>At the Majors, the higher-seeded team will usually choose to be 'Team B', which means that they get to choose the starting side on the third map at the cost of their opponents picking the first map. ESL and BLAST use knife rounds in the third map, but the higher-seeded team still gets to choose who picks first. Majors don't use knife rounds? tf
2022-12-07 15:19
3 replies
#17
MSL |

Weagles_fan
It says in the next paragraph that when excluding the majors, the numbers don't change much. Team B still performs better in general.
2022-12-08 08:32
#21

ZatoizhiZ
MAP TRADES, TEAMS ARRANGING FOR A THIRD MAP, THROWS, EXPLAIN WHAT'S SAID ON THIS ARTICLE. COME ON, DON'T PLAY THE STUPID, NAIVE GAME. WE ALL KNOW COMPETITIVE CSGO IS ALL ABOUT BETS. WITHOUT BETS NOBODY WOULD WATCH 10 GROWN MEN PLAYING A VIDEO GAME. AND THOSE TEAMS, PLAYERS, COACHES, MAKE A LOT OF MONEY BY BEING LISTED ON MOST BET SITES. THROWING A GAME GIVES MUCH MONEY THAN THE TOURNAMENT PRIZE. WITH A MAP TRADE, THEY COULD PLAY FOR REAL ON A THIRD MAP AND ALREADY HAVING THEIR POCKETS FULL.
2022-12-07 16:29
4 replies
#58

VelgenBelgenberg
I dont know how maps are picked anymore as i dont watch CS but the vetoes are more important, your specific map pick is just securing a good map that you know how to play well, while at the same time guiding the picks a certain direction This is even more evident when you know your opponents preferred maps as well, its even easier to do and more important then
2022-12-07 17:40
#65

Human5003
higher seed teams are preferring to be 'Team B' which ultimately are resulting in the above mentioned statistics. Mind games is the only reason that i can think of as the Team B has a final say in terms of map 2 ban. Also higher seeded teams are obviously feeling comfortable playing their not so strong map as map 1, against the lower seeded teams.
2022-12-07 21:21
2 replies
#91

Plant_Has_Been_Planted
It is strange that article fails to mention heavy CT-sided meta. No matter how good you are on maps like Ancient, Overpass or Nuke, it's too much of risk to start on T side
2022-12-08 00:48
1 reply
#85

NER0cs
ty, still working on lucidity but hopefully getting a bit better compared to my first ones. will bear in mind
2022-12-08 17:31
Login or register to add your comment to the discussion.