Klesti "⁠stikle-⁠" Kola, Bad News Eagles' coach, will no longer be in charge of the Kosovar squad in 2023 as he and the team have decided to part ways due to differences in their vision for the team and its future.

The 24-year-old Albanian was a part of Kosovo's top side since its inception and stood behind the players during their meteoric rise from the fringes of the European circuit to qualifying for the Legends Stage of a Major in May.

stikle- was a part of BNE's rise, but will now follow a different path

Bad News Eagles didn't manage to hang on in the top echelons and went missing after their first Major appearance at PGL Antwerp, which was a historic one for for the team's Albanian and Kosovar members as they were the first from their countries to reach such heights. The side struggled to find form against lesser opposition while treading murky online territory, but reappeared just in time to once again make a splash at the second Major of the year in November.

The Kosovar squad breezed through the IEM Rio Major's Challengers Stage with a clean record and momentarily erased their online woes from memory. They even eliminated one of the tournament's favorites in the Legends Stage, FaZe, but in the end it was not enough and they bowed out with a 1-3 record.

The quintet and stikle- then flew to Finland for Elisa Masters Espoo, but flopped out in 9-10th place, which added more fuel to the fire of instability and piled on the team's doubts about being able to remain among Counter-Strike's elite for an extended period.

stikle-, who had to take different roles for the orgless team other than coaching, such as posting on social media and managing the squad, will now take some time off to undergo surgery. The Albanian skipper plans to start streaming and will announce some of his plans for the future after recovery.

Former fnatic rifler and Major winner Devilwalk, who has worked as a coach and broadcast analyst during and after his playing career, was spotted in Bad News Eagles' server alongside the players. LoOuU2
A move that actually got figured out through some investigative journalism by a random Redditor yesterday
2022-12-01 18:19
#49

csmeriton
Nah that’s not true! They probably found a new organization , they will announce this after this season! Albanian dream team is still alive
2022-12-01 20:18
#59
flying |

Plz_Cry_More
Nah they wont disband. They are earning money. But if rigoN or flatro leaves they will probably disband after a while.
2022-12-04 16:02
Login or register to add your comment to the discussion. 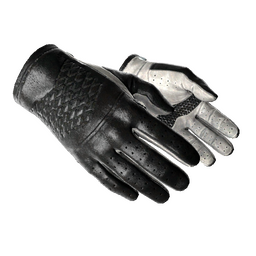