Test your knowledge of Counter-Strike with the latest HLTV.org Fantasy game.

The playoffs of CCT North Europe Series 2 are set to start on Sunday, December 4. The knock-out stage of the tournament will feature 16 teams, eight of which advanced through the opening Swiss System, and eight invited squads. Teams will battle it out for the lion's share of $50,000 alongside points in the regional CCT leaderboards.

The tournament is accompanied by a new edition of the Fantasy game, allowing players to compete in the HLTV x Roobet League for skin prizes. This is a non-seasonal version of the game, meaning it will not contribute any points to the Fall season 2022 leaderboard.

Nicolai "⁠device⁠" Reedtz ($195,000) is unsurprisingly the most-picked player for the Fantasy game, with the Danish AWPer coming into the event with big expectations and a low price tag. Following the Dane is the ENCE trio of Marco "⁠Snappi⁠" Pfeiffer ($179,000), Paweł "⁠dycha⁠" Dycha ($208,000), and Pavle "⁠Maden⁠" Bošković ($200,000), as their team is the highest ranked at the tournament at #12 in the World Rankings. Next come the OG duo of Adam "⁠NEOFRAG⁠" Zouhar ($198,000) and Shahar "⁠flameZ⁠" Shushan ($218,000), providing users with two differently-priced rifle options from the second-highest rated team at the tournament. Rounding out the list of most popular picks are Andreas "⁠Xyp9x⁠" Højsleth ($195,000) and Valdemar "⁠valde⁠" Bjørn Vangså ($206,000), showing users strongly favor players from the three favorites at the event.

Miłosz "⁠mhL⁠" Knasiak ($222,000), who was the highest-rated player of the Swiss System with a 1.39 rating, and Antonio "⁠Martinez⁠" Martinez ($194,000), are also worth considering. The two AWPers have a high ceiling and provide good potential for points if their teams are to do well at the event.

The prizes for the HLTV x Roobet League are as follows: DiabloXS
CCT got scared Copenhagen Flames is winning all this tournaments and didnt offered them any invite for this event ...
2022-12-03 18:32
#20 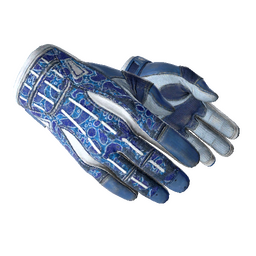