The two Australian sides confirmed top-two finishes to advance to the 2023 LAN tournament.

Grayhound and Rooster have earned a place at ESL Pro League Season 17 Conference after guaranteeing top-two finishes in the 15th instalment of the ESL Australia & NZ Championship.

The two teams still have one last matchup left to play in the form of a best-of-five grand final on Sunday at 07:00 , with the winner taking home the ~$5,500 grand prize.

Grayhound had a relatively straightforward run through the domestic competition. The team around Joshua "⁠INS⁠" Potter, who recently returned from a 12-14th place run through the Challengers Stage of the IEM Rio Major, put up a flawless 3-0 record in the group stage to finish as the top seed.

The Australian quintet doubled down once in the playoffs, where they rode through the upper bracket with commanding victories over God's Work, Encore, and finally VERTEX to simultaneously secure a grand final appearance and lock in a spot at the ESL Pro League Season 17 Conference.

INS led by example throughout the event and the Grayhound captain heads into the grand final versus Rooster as the tournament's highest-performing player, averaging a 1.45 rating across the 13 maps played thus far.

Alistair and co. finished the last season of EPL Conference in 9-12th place

Rooster also performed well throughout the group stage. The Australian-majority lineup held a 3-1 record by the end of things to finish the first part of the competition as the third seed.

Things soon went awry for Rooster once the playoffs got started, as they were sent down to the lower bracket after a gut-wrenching loss to VERTEX in the second round.

This didn't deter the squad, however, and they took the lower bracket run in stride, defeating Encore, the second-highest-ranked team in the event, before getting revenge over VERTEX in the consolidation final to punch in their ticket to the ESL Pro League Season 17 prelude.

The remaining spots up for grabs for ESL Pro League Season 17 Conference, which features the Major winners of Outsiders, will be filled by the winners of ESL Challenger League Season 43 North America and Europe, as well as the victors of other national leagues throughout Europe and South America.

The current team list for ESL Pro League Season 17 Conference is as follows: InvernoVermelho
not really, by winning the major you get a huge boost in ESL rankings so that means that Outsiders will get one of the spots according to their ranking
2022-12-04 12:58
#6
Twistzz |

PZKenny
Alright, fair point. Also there is one less spot for AU/NZ than it was in S16, so now 2 AU/NZ teams.. The national championships are the worst thing on this whole ESL Conference stuff, because there are slots for both Spain and Portugal, slots for countries with no Tier 3 teams like Benelux and Switzerland, etc... It's almost imposible to qualify for teams from Nordics, CIS or Czech Republic, but there is free pass for Eternal Fire... Also there is no need to stick with roster teams qualify with, so teams like cowana or Sprout subs few german players and then use completely different ones.
2022-12-03 21:25
1 reply
#41
ropz |

colon_capital_d
good. nordic and CIS esp have every right to try and qual for every other EU tourney whereas AUS, and not sure about benelux, swiss etc but if they are anything like AUS then the scene is pretty dead and these events are lifesavers, a massive motivator to actually play the game bcoz u have the chance to go play against the best teams in the world in Europe which makes the local scene but mainly that team stronger. yes it’s not the best teams and some roster issues but tourneys like this are rlly important for tier 2-3 trying to move into tier 1
2022-12-04 00:26
#56
dexter |

InvernoVermelho
because half of EU tier 2 doesn't play in/care about the EU ECL tournament because they get spots through the national championships (heet, endpoint, EF, movistar etc)
2022-12-04 13:00
2 replies
#59
3kliksphilip |

wallfl0w3r
bro really trying to talk shit when EF consistently fails to go anywhere when they are from europe and get to practice against the top teams in the world regularly anz and asian teams don't usually achieve anything in tier 1 but when they do it's a pleasant surprise because they're underdogs coming out of a significantly weaker scene that lacks the infrastructure that EU has. What excuse does Eternal Fire have?
2022-12-04 03:47
7 replies
#52
MAJ3R |

Rene_Gade
Yeah look just a heads up... Less people care about ef than all of Australian and NZ cs. No offence to turkey, I'm a huge fan of your bread. Put in some fried chicken, cheese, mayo and pepper... Omg. But anyway, stop crying about Oceania. If turkey can't make an impact in Europe that's their fault.
2022-12-04 21:58
3 replies
#65
MAJ3R |

EF_1_MAJ3R_NIKO__0_MAJOR
Tf are you talking about i havent seen any au/nz team played in last pro league season. They cant even participate how they deserve directly 2 spots on conference LOL and you talk oceania would make success in eu XD
2022-12-04 22:16
2 replies
#66
dexter | 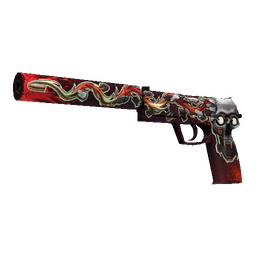