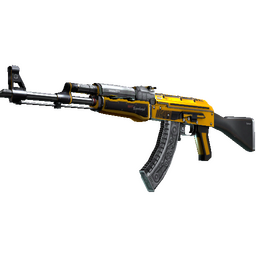 The tenth iteration of the top 20 players ranking in CS:GO, powered by 1xBet, is just a few days away.

Just like every year since 2013, HLTV.org is almost ready to look back at the past twelve months' worth of competition, evaluate performances at the top level, and present our top 20 players of 2022.

This year we are starting the countdown more traditionally on January 1 and run the countdown until January 13, when we reach the final top three. The player of the year and the runners-up will then be announced as part of the HLTV Award Show on January 14, where several other categories' winners will also be revealed.

You can look forward to in-depth articles about each player's performances throughout the year as well as the key reasons why they made the list. We will also conduct interviews with the top 20 players, asking them about their year and getting them to choose their Bold Predictions — a pick of a young up-and-coming player they think could burst onto the top scene and potentially make the list in the following year. Read more
How did the Bold Predictions for 2022 fare?

Below is an announcement schedule of the Top 20 players of 2022, which will be updated as the players are announced, so you can always check back here to see if you've missed any:

For those of you who like to try their hand at guessing the players in the ranking or just wonder about how it is made, here are a few crucial points to keep in mind:

1. Statistics: The ranking is heavily based on the numbers, but looking at year-long ratings alone won't tell you everything. Context is important, such as at which events players stood out and whether they performed when the stakes were highest in big playoff matches.

2. Awards: If you followed the ranking in previous years, you'll know MVPs and EVPs can make a difference. Not all accolades are born equal, however, as a big EVP (from a Major, for example) could mean more than MVP medals from smaller events.

3. Sample size: This is a ranking of the best of the best. To make it into the top 20, players have to show their worth against the best teams on a regular basis. If they haven't played at the top for long enough, the sample size is too small to judge.

4. Consistency: One of the factors in judging the players' year is their consistency, both from match to match and tournament to tournament. Although high enough peaks can make up for a lack of stability, occasional disappearances — especially in key moments and at the biggest tournaments — are likely to bring them down a notch.

5. Recency bias: While it is natural for fans to remember more from recent times, we look at an entire year's worth of performances when determining the ranking.

The lists from the previous years, dating all the way back to Counter-Strike 1.6 in 2010 (with the exception of the transitional year between 1.6 and CS:GO in 2012) can be found below:

SeriousJacksson
Also, broky has 10 big events this year. If we’re talking about who deserves what, it’s NiKo and BlameF who doesn’t deserve top 5. Broky carried in the most important moments and FaZe were the best team this season.
2022-12-31 03:19
5 replies
#198

Extraiz
I really like the new schedule for the announcements, its good that there will be 2 players revealed from the lower placements on the same day
2022-12-28 21:55
#67
autostop |

PTMONSTER
ye axile in 9 instead of blamef is probably better prediction, monesy lower in the table and i think shiro in front of niko and yekin. but still its hard to predict this year
2022-12-29 23:31
#208

GoatofGoats
anyway even before Rio Sh1ro was ahead of Niko after top 3 super easy and bro wtf there is no discussion even the ukrain russian hater patrick has sh1ro in his top 3 lmao
2022-12-29 03:51
1 reply
#113
nafany |

Miiiiiiighty
You Can definitely make a case between S1, ZywOo and sh1ro this year S1 will win because of stat farming and Ukraine situation but it has been really close this year
2022-12-29 15:28
#139

memyselfandI
What a header/ibtroduction, presented as if HLTV rankings are official and objective, while being neither. Typical HLTV.
2022-12-30 11:03
#180
headtr1ck |

QTAW
Feel like people are forgetting, S1mple has a good start to the year while Zywoo was playing awful. It’s only halfway through the year where Zywoo started to perform a lot better and more like himself while S1mple dropped off.
2022-12-30 17:56
#182

PowellCTyJl
I'm waiting for Sh1ro in the top 3, a new device. In my opinion, ZywOo top 1. Simple lost ground, the worst sniper in recent tournaments. Top 2. Hope. But there is one underestimated candidate - HooXi. It is so large that it immediately stands in all places. We must not forget about the legend of SolEk with a B1ad3, of course. Even if they don't play anymore.
2023-01-02 00:49
#200

Tabor_66
The way you've done the top 20 pick'ems is doo doo butter. It's literary just can you figure out these guys biases. It should be 1 point if they are on the list. 2 points if you are within 3. And 5 for the correct placement. Cause your list, damn sure isn't individual performance. And it damn sure isn't team performance. It might be a weird mix of the 2. But then WTF is Jame at 20? And why the fuck is frozen on there. And how the fuck is he above Jame? It's like someone got drunk and throw James dart at the bored. And someone sunk frozen on there when no one was looking and kept pushing him up slowly and no one noticed.
2023-01-13 08:05
#225 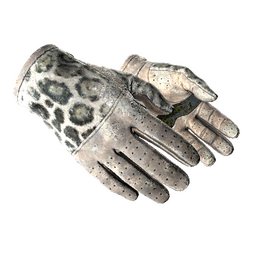