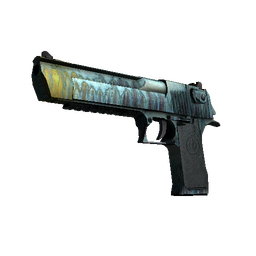 The Swede has signed a two-year extension with Heroic.

Richard "⁠Xizt⁠" Landström has extended his contract as Heroic's coach on a two-year deal, the organization has announced. The former Ninjas in Pyjamas captain stood behind his men all throughout Heroic's 2022 campaign in which they reached the IEM Rio Major grand final, won their first Big Event on LAN at the BLAST Fall Final and were the world's highest-ranked team at the turn of the year.

Heroic reached new heights in 2022 with Xizt standing behind them

Xizt's two-year extension secures his place within Heroic until 2025. He is the fifth member of the squad to have signed a new contract alongside Casper "⁠cadiaN⁠" Møller, Rasmus "⁠sjuush⁠" Beck, René "⁠TeSeS⁠" Madsen, and Martin "⁠stavn⁠" Lund, who renewed their contracts with the Danish organization for two years during the last trimester of 2022.

"It feels amazing to renew my contract with Heroic. It was, for me, a no-brainer. I think we're really onto building something great here and I'm just excited," Xizt said about his extension.

cleaning_house
I tried to be funny. Went sideways I guess. Tho xizt looks hot. I'm pretty sure that a coach is an important job, strategically as well as morally. If only they can provide an outside look, that should help massively. If they can ignite hope, confidence, etc even more so.
2023-01-25 15:10
#15

Saaazu
Does anyone have insight if xizt spesk danish?? In which languague do they communicate? I guess that the playeres obviously speak danish with each other. How does xizt chime in them?
2023-01-25 15:06
4 replies
#28

Nnrkssn
Heard the same. Pretty sure he said then that he understood the Danish but the players struggled a bit with his Swedish, so he mostly replied to them in English. Since they’ve been working together for a long time now, perhaps they have less trouble with his Swedish.
2023-01-25 15:53
#37
Loozty |

s1mple_the_bestest
English apparently. Strange. Should be fairly easy to understand danish for a Swede. At least when he’s been their coach for so long now. It’s so similar to Swedish once you learn the melody.
2023-01-25 18:25
#22
simon |

KabulGamer
Nice for him. But he seems like a very introvert guy. You dont see him being very verbal and communicating with the team during timeouts. Always quiet and just observing. I dont know what he contributes with. Is he more like a cute mascot for them ?
2023-01-25 15:09
2 replies
#33
nafany |

Get_Got
he's not much of a moral support but definitely a tactical \ strategic coach who has a different perspective than cadiaN so together they make up game plans with less mistakes, and he prolly also controls training routines and the way they do demo reviews, etc if they signed him for another two years, that means a lot tbf
2023-01-25 15:51
#57