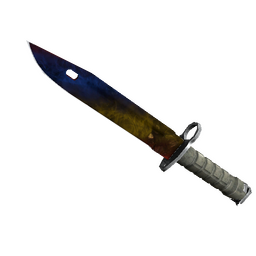 Russian mix [u.s.b] have qualified for this year's WCG world finals after beating forZe 2-0 in the local qualifier.

The Russian qualifier took place this Saturday, with a total of 16 teams involved in the tournament, which began with a group stage and was followed by a single elimination phase, played in best of three mode.

[u.s.b], who consist of three players from UNiTED, gained access to the final after beating USSR and A-Gaming, whereas forZe had to deny SPARTA and Iron Will.

In the end, the Russian mix came out on top after emerging victorious on de_inferno 22-19 and on de_train 19-15.

[u.s.b] will attend the WCG finals in Los Angeles in September with:

calam1ty
This makes me think that forze and this mix should come together and form a super team....long time since russia had a really dominating team...they have amazing players but no great team right now
2010-07-24 21:25
#25

IMkiN
Although, as a team, I like forze better Good Job usb. Also nice showing from a-Gaming.ru and IronWill in the semifinal. They made sure usb and forze did not just walk into the final.
2010-07-25 00:02
#71

Sashqe2H
Iron will is the same mix as the USB, the result suggests that we do not have the country's professional teams, who would like to quietly play with mixes like usb
2010-07-25 00:35
#73

@sL4Mtv
Russian cs mix can play hard on the selection(WCG Quali) , and then defeated by teams for the grand finale. As part of [USB] strongest players, but as this mix chances are less, but in general those who are in the subject know what the Russian mix for the grand final wcg. : ( bad eng:D
2010-07-26 08:35
1 reply
#135