Greece will not have a Counter-Strike team present at World Cyber Games 2010, as the qualifier will only feature FIFA 10 and Tekken 6.

World Cyber Games 2010 will be without a Greek representative, due to the Greek qualifier will this year only feature FIFA 10 and Tekken 6. When the groups for WCG 2010 were drawn on Tuesday, Greece got drawn into Group B, alongside Natus Vincere and EXECUTIONERS.

This gave the Greek community hopes of Counter-Strike being featured in the Greek qualifier for WCG 2010, but yesterday it got out, that Greece will only be sending representatives in FIFA 10 and Tekken 6, when the qualifier takes place Saturday next week. The Greek 2009 representatives from Vatos Locos

This leaves Group B for WCG 2010 with just two teams and with two teams advancing from each group, it is likely that one team from the groups consisting of four teams, will be re-drawn into Group B.

sandzetional
Not gonna lie, it's a good news for me. At least my country will be automatically advanced to the next group stage, if there's no group re-drawn or invitations. But for the sake of the competition, WCG should invite 1 or 2 more teams. If possible, invite teams from China and Finland/USA.
2010-09-09 19:35
7 replies
#52

sandzetional
If you understand the meaning of likely, then you should know there's a chance that group re-drawn is not gonna happen. And that statement that you quote is definitely the writer's opinion which means it doesn't come from the WCG itself.
2010-09-09 20:22
5 replies
#76

entriks
And if you think about it again, there are 4 groups with 3 teams, and 3 groups with 4 teams.. why wouldn't they move one team from these groups which have 4 teams to group B, instead of sending two teams directly through the next stage?
2010-09-09 20:55
4 replies
#81

azhaG
But it obviously includes the majority of greek voters so if you blame the government for screwing up you can actually blame yourself (or the majority of greek ppl). Anyway this heads into the wrong direction and this is a gaming site afterall so I belive we should refrain from discussing further.
2010-09-11 19:46
1 reply
#163

ChrisTop
Yeah we don't need to continue this. But as a last answer, yes, I blame the majority of greek people for voting this government. And I blame myself for not doing something for it as well.
2010-09-12 01:37
#56

Jonathan E. - HLTV.org
The problem with inviting teams is that the invited team should cover all the expenses instead of having all paid through a WCG qualifier spot ::)
2010-09-09 22:52
2 replies
#100

Jonathan E. - HLTV.org
Obviously it is up to the teams but still would not look good for the WCG if they hand out invitations and these are not accepted. Because even big, and being able to send their teams to LA, organizations most likely prefer to save money (paid WCG spot) instead of spending it that easily.
2010-09-09 23:16
#70

FlyEaglesFly
lol, the admins deleted everything Ninus. So you would delete a post about history, which is knowledgeable - foods for thought. When there's post like racism terms and you don't even do a single thing about it. Such shame on you sir. Here's a proof: I even send direct mail to Mr. Nomad himself and he won't even lift his lazy fingers to do a thing. user: matteyo #432 someone at the LAN check this fucking spic fln\'s screen kid is cheating Direct link: hltv.org/match/1515462-evil-geniuses-fir.. Do something useful for a chance.
2010-09-09 21:20
3 replies
#90

Jonathan E. - HLTV.org
It is not a post about history that has been deleted by the original post to which is was one of the replies. Unfortunately, one of the side effects is that all replies to it are disabled. It is quite interesting that the proof you are refering to was taken care of as soon as it was detected, the same as those racist (or of any similar nature) terms you think that are done nothing about. Take a look around and you will see that there is always heavy traffic going on and that the HLTV.org crew handles the same 24 hours of a day just like everyone else. Thus the next time feel free to report what you consider punishable. By the way, do you realise that those lazy Nomad fingers have set up and constantly improved the site you are posting at? Hope he keeps on being lazy....
2010-09-09 21:46
2 replies
#124 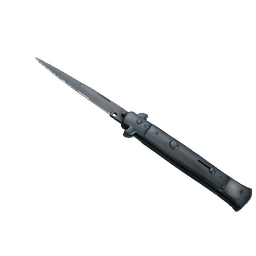