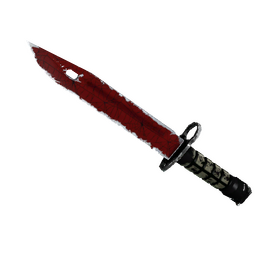 Begrip Gaming have announced that their Swedish Counter-Strike squad has been reduced to three players.

The Swedish team were present at the Komplett Gamer Challenge #2 in Copenhagen last week, returning home without a win as they lost to RAGE in the quarter-finals.

Begrip have decided to cut all ties with Christian "floreNz" Shahan and Alexander "rdl" Redl as they feel the duo did not click with the rest of the squad. The decision leaves the former Stockholm Angels team with a three-man roster, with a team memerassuring Fragbite.com they will test some players before announcing the new composition.

Begrip, who are still pointless in the IEM European Championship after playing against .no and Power Gaming, now have:

joelmaio
florenz was on 4 on k/d ratio,he wasnt their best player,probably their most experienced player,and thats good for a young team,if they could bring someone with the same amount of experience would be so great
2010-10-27 00:24
#21

drivesUcrazy
lol fury plays good on lan to he had some clips playing at infernolan against mibr and some swe teams.. lol. He quited cause he has panic atacks in crouded spaces.
2010-10-27 00:50
5 replies
#71

Konkluzja
people seriously stop with Fury.. most overrated player ever! he isnt bad player but far from top lvl, in Sweden is at least 100 betters. The funny thing is 50% of Fury supporters never seen him in action haha:D
2010-10-27 01:28
4 replies
#80

kitManda
I really dont think that delpan will join this team. He is a player that wants a stable team on players and results and not a team that had been dissapoiting. And i also dont see players from pz.swe leaving their team to join this one.
2010-10-27 01:42
#51

Nasdaq
would be cool to see zeki there, perhaps together with molander. doubt it will happen though. they'll probably pick up rape and then he will make their team disband in under three weeks.
2010-10-27 02:48
#59
NEO |

feruhsfjtrhgffdhgh
ahahaha
2010-10-31 21:41
Login or register to add your comment to the discussion.