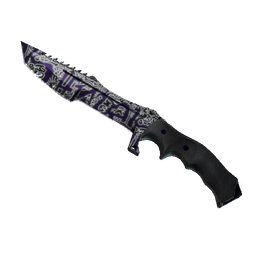 Reports in Germany suggest that Christian "Blizzard" Chmiel and Roman "Roman R." Reinhardt are putting together a new team with TBH.ASUS.

The former mousesports duo have been caught practicing online with what reports indicate that will be the new TBH team.

Chmiel has been out of action since helping mouz win the EPS Finals in December, stepping down as player as the team underwent serious changes for 2011.

It is believed that the former a-Losers talent is keen for more action after stepping up to the mouz plate following the death of Antonio "cyx" Daniloski in the summer.

Reinhardt has been with Alternate since January 2008, but after four seasons with the team he finds himself out of their plans, reports suggest.

TBH finished the last EPS season in third place, but their chances of an improved campaign next term were damaged by captain Thanh Vinh "ninja" Bui's move to mousesports.

kalinho
readmore.de/index.php?cont=news&id=7669#.. this is german, so you may not understand :/ but the report source it on the hltv-forum and "readmore given information supports this threat" its all very insecure, but tbh.salesman, the CEO of TBH.Asus told fragster.de, a german community page, that TBH will connect with an international known, german based player. So this could fit on Roman R. or Blizzard i guess, but as long there are no official news about that, these all might be rumours :) But both teams mentioned there, the new TBH and Alternate would be nice teams to compete to second best german team i think. No. 1 will be mousesports, in my own opinion.
2011-01-06 01:58
#3

GR1MM
zonixx is really, really good. He belongs in a top team. I can understand why pwl is there, because of his brilliant awp. But what Blizzard does there, is out of my reach. When you have players like seraph, ODIE, seezung, Jny, gerdi, Troubley, shiddy, neeky, Captain Awesome, MYS, kodi and hool who can easely take his spot, and grow into a star player. Perhaps will Blizzard call, I don't know if he's done that before. Roman R has some experience in that field, but in Alternate mooN was the caller. So I suppose that Roman R will call, and Blizzard will just bring his experience and his graduatly lacking skill.
2011-01-06 01:35
21 replies
#28

jns_kodiii
Blizzad performed amazingly for mouz in like the 3 or 4 tournaments he played in last year, not to mention he was rated top10 player at two of the tournaments(and one of them was Gamegune) if aTTax was smart Blizzard would've probably been my first pickup in this winter off season But GL, top3 in Germany next year btw where is paN playing now?? that kid was good and he got fucked over with aTTax
2011-01-06 06:58
1 reply
#71

GR1MM
I've never said that Roman R was bad at calling ;) And I have to strongly disagree about Blizzards performance. Gamegune, hands down, he played well there, but from then on, it's downhill. All his stats or good games are rated from matches between mouz and an easy opponent. When mouz play against some teams that owns some quality, you'll see how good he really is, and that my freind, isn't nearly as good as those who could replace him. And yeah, I forgot about paN, but I figured he retired, or else i'd put him, Johnny R and all the old schools in the list.
2011-01-06 15:07
#81

GR1MM
As ive mentioned before, the stats can be very delusive. EPS Germany has alot of teams that mouz is beating 16-2 and this is where Blizzard gets his stats, and the only reason he's on the list is because he plays in mouz. And for that matter, Tixo and roman was better in the EPS :)
2011-01-06 22:24
5 replies
#89

GR1MM
Nah, Blizzard constant contribution for mouz makes him better than Kapio's lousy season, and gob b has been a bit silent this season. I mean, Blizzard is not BAD, but there are so many young aimstars that can take his place. That is my main statement ;)
2011-01-06 22:28
3 replies
#91

AndersR
might be better aim stars but first of all Blizzard and JohnnyR. have played A LOT together and that kind of bond is really hard to make up for in aim, and then ofc. as you said Blizzards exp. is just enormously.
2011-01-06 22:34
2 replies
#92

Nasdaq
have to agree with you. my guess is that Blizzard is in this team because he was motivated to play a (last?) EPS-season so he talked to Roman R (or vice versa) and they're probably good mates since the mouz era and they simply didn't want to play without each other. then they talked with pwl who they knew had spots over in a new TBH-team and after that they just picked the two guys they thought had the most skill and needed a team for the next season. note: this is all just a guess, but in my opinion this is the most realistic explanation to why blizzard is in the team. besides, i think they know that they probably wont be able to touch the new mousesports lineup (or more like that they dont have a strong enough desire to do it, because they would have to put down a lot of hours praccing in order to do so) and thereby focus on just reaching the eps finals, which they also know they will be able to do no matter if Blizzard is in the team or not.
2011-01-08 21:09
1 reply
#100

Konkluzja
he is in EPS since years and always showed great perfrormence against much better teams then his, not just from Germany I always wondered why he didint get chance in Alternate for example
2011-01-06 02:02
#23

Konkluzja
Roman.R and Zonixx should play at least in second best lineup in Germany, propably TBH will take place of Alternate now as second power but still they wont make any dmg on top teams
2011-01-06 01:54
#25

pa$co
A HLTV.org-user has set the rumor in the world. Readmore.de believed that, and released a news about it. Now I guess HLTV.org has noticed this and bring this news themselves as well. This is a total fail in my opinion. I don't think there is any truth in this rumor.. Maybe they are just likely to play the CBNC.
2011-01-06 09:47
#60

PatrickT^
pwl is by far better than mooN so far that u can't imagine. mooN is used & his strats too, he should stop CS. d0m az is a promissing player along with zonixx(if he is as good on lan as he is on internet) RomanR was a consistant player with attax on EPS season & Blizzard is getting back his old shape. gl to the new top 2 german team
2011-01-06 21:12
#94

Silesti da mouzhead
Love this upcoming season of EPS Germany! So great news!
2011-01-07 16:25
Login or register to add your comment to the discussion.