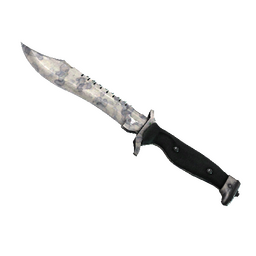 The qualifier attracted a total of 30 teams, among them Evil Geniuses, eMazing Gaming, BackFire, SK Gaming and UMX.

After cutting down the number of teams from 30 to four, in a single-elimination, best-of-one bracket, Evil Geniuses, eMG, SOV and SK Gaming were the remaining contenders.

Shortly after, the event took a surprising turn. SK Gaming decided to forfeit both of their matches for a reason that is currently unknown.

After crawling back out of the Lower Bracket, eMazing Gaming ventured on to the final stage of the qualifier, where Evil Geniuses were waiting to cross swords.

On what turned out to be the final map, de_train, Evil Geniuses displayed their dominance and were able to post a nifty scoreline of 16-2.

With the victory over eMg, Evil Geniuses have earned a slot for the National Finals later this year, where they will be joined by three other teams who manage to qualify through the remaining qualifiers.

purelegit
He was probably just thinking about EG and eMg but failed to recognize the other teams while typing it, minor mistake. SK Gaming ff'd the last two; they would have done better.
2011-05-13 01:52
1 reply
#56

FlyEaglesFly
1)finished d/l the demo. 2)unzip the file. 3)drag the file/demo to C:\Program Files\Steam\steamapps\"your email"\counter-strike\cstrike 4)right click on the demo/file to "properties" copy the name of the demo/file Ex."dust2vsmtw" 5)launch steam, go to console "`", type "viewdemo" or "playdemo" and paste the name of the demo "dust2vsmtw".{viewdemo dust2vsmtw) Press "Enter". And enjoy.
2011-05-13 14:51
#100