Samsung Euro Championship 2011 will be without Danish team mTw, who won't be attending the event due to financial difficulties within the ranks of the Danish eSport union, eSport Danmark.

The Danish stronghold were earlier this month selected as the Danish representative for SEC 2011, picked by the Danish WCG license holder, eSport Danmark.

Financial difficulties have however worked against mTw, who after all will not attend the 2011 edition of Samsung Euro Championship. eSport Danmark were not able to find a sponsor for the Danish delegation at SEC, combined with a €100 budget per player, provided by the organizers of SEC, mTw will not be able to attend.

On XplayN.com, Danny "zonic" Sørensen stated that the team still hasn't received the €6,000 the team won by finishing second at last year's event and that mTw as an organization was not able to pay the travel costs for the trip to Warsaw, as their trip to New York exceeded the costs anticipated.

There will therefore not be any Danish Counter-Strike squad at SEC 2011, meaning the list of participants now look as follows:

SEC 2011 will take place in Poland's capital Warsaw, October 6-9 and HLTV.org will be on site to provide you with full event coverage.

Jiggah
true story brah but still a couple other Nor teams around, however it might be to far away for them to travel without sponsors anyways
2011-09-27 01:12
#27

ola nordmann
oh, funny guy. team9 weren't the last norwegian top team, douche: catch-gamer, mym, cbteam. furthermore, aU or XpreZ would've quite easily beaten 7-8 of those teams in the list, and could besides sk compete with the rest of them.
2011-09-27 01:28
11 replies
#35

ola nordmann
aU have just attended one international lan that I can remember, which was dh summer. they lost on overtime in the final of the byoc qualifier against tcm. the team isn't a part of aU anymore though. don't know wether they play togheter anymore or not.
2011-09-27 13:49
#36

1mPeRvI0uS
Because it's an all expenses paid event? Ofc the Danish eSport orga should've covered the costs! But still makes no sense wanting to attend such event :D
2011-09-27 02:54
#37

dv-_-
I wouldn't say they are bad after a couple bad results vs lions and fnatic, both of whom have been doing really well recently. I'm sure mtw will be back to their normal selves at the next major lan with a 2nd/3rd place finish as usual :P
2011-09-27 11:53
#80 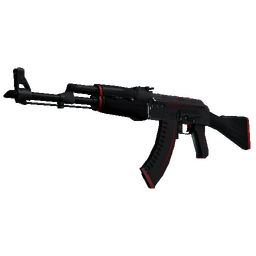