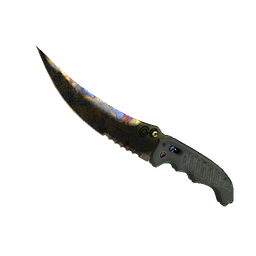 Finn "karrigan" Andersen has been signed by fnatic, stepping in as the team's new fifth, following Patrik "cArn" Sättermon's retirement earlier this month.

The organization had earlier this week announced they would reveal the new player today at 18:00 . Patrik "cArn" Sättermon, now retired, also did a play of words with names of teams and players in order to cause speculation about the new addition.

Large parts of the community took guesses at Karl-William "kalle" Haraldsen and Finn "karrigan" Andersen as well as some interesting names in various forum threads.

fnatic have now announced that Finn "karrigan" Andersen, from Denmark and a former mousesports member, will join the team. Andersen was recently released by the above-mentioned squad together with his team-mates, having served one year and four months for the German organization. "After mousesports shut down I only saw one place I could picture myself and that was with FnaticRaidCall, I missed playing Michael and Andreas. The reason I joined was; If you can't beat them, then join them. I played a lot versus FnaticRaidCall last year and every time they came on top, so for me it was an easy decision to take and I'm glad I got the offer from FnaticRaidCall. It's hard to predict how people will react to this, because the player I'm replacing is an irreplaceable in my opinion. cArn has showed himself over and over again, that he's one of the most successful player out there. I hope I can bring other things to the table and get some trophies out of that."

Andersen is the second Dane in history to play for fnatic, joining his former team-mate Michael "Friis" Jørgensen, who play alongside him in Full Gaming.

The official debut for Andersen will be at the upcoming Copenhagen Games in less than two weeks, but you will already have the chance to interact with the new player tomorrow, as he will take part in fnatic's Play with the Pros tomorrow at 20:00 .

KPISZEK
Who is watching karrigan stream and read carefully what he wrote carn already know everything
2012-03-25 18:15
#85

42bsk
I'll let Wikipedia handle this one: "Satire is primarily a literary genre or form, although in practice it can also be found in the graphic and performing arts." The genre was invented by writers. However, you're right in one aspect: this is the internets, where Poe's Law is stronger than gravity.
2012-03-25 19:07
5 replies
#344

wtfchicken
A reference to Wikipedia is possibly the worst thing someone can do. It has no significance at an academic level, forget using it to reference an academic meaning.
2012-03-25 19:17
2 replies
#392

42bsk
I'm sorry, I didn't realise I was writing an academic paper. Thanks for pointing it out - I guess I should start thinking about which journal to send this post to. Social Text, perhaps. Pull your head out of your arse. Wikipedia is a great reference for casual discussions. If Schypher finds a more reliable source that contests this, I'll happily concede. But having studied this stuff (albeit some time ago), I'm quite confident it's unlikely. What the fuck was the point of your reply, aside from veering wildly off topic to bash Wikipedia users?
2012-03-25 19:59
1 reply
#489

wtfchicken
I suppose purposely misspelling 'retard' has a greater point aside from trying to come up with something 'cool' to entertain the entire thread.
2012-03-25 21:27
#346

42bsk
I at least expect you to check a user's profile before banning/deleting a post. Most of the time it'll be immediately clear which camp the person falls into. In my case, you'll find far more giant walls of text than all-caps one-liners. Anyway, please don't get me wrong, I know your job is difficult. I think we probably disagree on a philosophical level about how to handle "troll/teenage" posts (I say let them be, unless they're repeatedly spammed to the point where no-one else can get a word in).
2012-03-25 20:03
#271

goutham32kog
this is just a small observation of mine about the site When you post a comment the server will show you the posted time of the comment according to your local time.... but when you edit the same it will show the time according to the location of the server
2012-03-25 18:24
1 reply
#175
Jamppi |

L00KEN
I think this is really nice choice, they have very, very sick lineup. Karrigan brings sick AK and AWP which will help them a lot on train or dd2. Also that they have now 2 brilliant snipers allows them to mix they style and positions what could suprise other teams. And about Xizt, I hope he will find himself and give good ideas... Something that carn lost recently... I think he will be like a Robban in SK. Few complicated tactics but most of them will be just giving freedom these MADFRAGGERS.
2012-03-25 18:32
#201

copp9n
SK will win too easily, too much chemistry fnatic just looks like a pug team now, very little time with each other and Xizt as IGL.. hes too inexperienced and too timid I guess SK beat fnatic to kalle? since face is retiring soon and kalle had highest rating last year(1.25), this is generally how SK works they buy all the real superstars
2012-03-25 18:35
2 replies
#225

nibb
If you read the roles karrigan said so yes: Friis: Our AWP player Gux: The entryfragger Moddii: The entryfragger, but also our more defensive player Xizt: The tactical brain behind FnaticRC from now on Me(karrigan): 2ndAWP player and then I'm trying to be the “bomb carrier”. >
2012-03-25 18:49
#254

teh_sh33p
Kinda hard to predict just like that. I think the change with karrigan instead of carn is going to make a huge different. This is what fnatic have been missing imo. Not saying carn wasnt great, he will always be an amazing player, however you gotta admit that he was at his last days for a longer time, which I dont believe karrigan is, not even close to be honest. Looking forward to see him in action though.
2012-03-25 19:11
2 replies
#460

TheCyn1c
Thorin's back to his usual trolling. His Twitter reads: If CS were football then @fnatic is the first team to ever make an 11 man lineup of only attacking midfielders, incl. the goalie position.
2012-03-25 19:25
1 reply
#359

Stu.
Btw, Karrigan thoughts about mouz; It might be interest that what he had with mouz. "A great story comes to a sad end today: I will compete with fnatic from now on, a chance that I just couldn't refuse to the circumstances. I hope everyone can understand me, I simple have to take another route after more than a year in mousesports. My time in mousesports was like a rollercoaster, which you can clearly see in our results. I've joined mousesports in the beginning of November 2010, where I got the opportunity, every player in the world is hoping for. I've had a difficult time for the first 2-3 months, my German wasn't that good, the team performance was weak and so was my personal performance aswell. As we all know, Fatih came back to mousesports after that and he led the team to a top competitor again, especially if you like at the last 2-3 months in 2011 where we had a good team performance. I will definetely miss the social atmosphere in the team - I always felt welcome from the very first day on. Fatih was a huge factor for my personal success in mousesports and Counter-Strike 1.6 in general. He taught me every little trick in the game and worked hard with me, although I was a "dumb player" by times. I've got the chance of beeing the first AWP player in the team, since Fatih believed in me and my skills and gave me this opportunity. So I owe him so much and I want to thank him for everything he did for me. He saw big potential in me and was committed to work on it with me. Also I would like to thank Vinh for his work in mousesports. He was the reason why I always felt super comfortable in the team, he did so much for our team chemistry. He was with me during all those good and bad times and I will never forget what he did for me and the team. You can't replace a player like Vinh in your team. I also want to thank every player who competed with me in mousesports: Tixo, approx, ninja, roman, gob b, zonixx and lately zonic. I've made many great experiences with all these players, for example our barbecue at my parent's house during the Copenhagen Games or the E-STARS in Seoul with Fatih. I will keep all those experiences and take them with me - it was a pleasure and an honor to play with some of Germanys best players in history. I also want to share a few words about the mousesports organization: You can only report positive feedback on mousesports and it's management. I've never had any troubles with the management and I'm sure I will miss it. Unfortunately I haven't accomplished my personal mission: winning a major tournament with mousesports and I truely feel sorry about it. I want to thank Yilmaz especially, who always supported me in every single way. I also want to thank Cengiz, Lordi Li, andreas_N and René. THANK YOU to all the mousesports fans out there, who supported us during the good and the bad times! I'm really sorry to leave the team with two bad results. Before I'm completely gone, I will compete with mousesports in the current ESL Pro Series quarter- and hopefully semifinals. So I hope my last games in the EPS aren't over just yet and I hope to help my team as best as possible for their last stint."
2012-03-25 21:23
#487

lukas_ua
if only they replaced Xizt with someone more experienced they could win something. those danes have balls but imho that's not enough for a team of five.
2012-03-26 11:38
#593

Maniuras
Obvious... All the gathers, mixes, streams aproved that they have the best contact with karrigan and he is sick player even with low fps while streaming. Such a great team we got there nauw! GL
2012-03-27 14:23
#634

yuurih
Player of the week
1.31