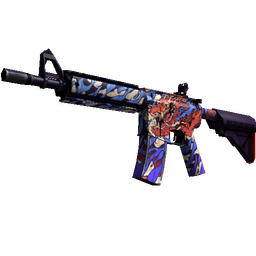 Following a discussion in the Steam forums about Counter-Strike: Source VAC bans transferring to Counter-Strike: Global Offensive, it was decided to make a separate VAC ban list for CS:GO.

A forum post from last week saw a concerned user stating that he had a CS:S VAC ban over a year ago and recently updated his ban, meaning he was also banned in the CS:GO beta.

In the VAC support article it stated that a ban in one of the following games, would result in a ban for all games.

The most recent reply in the thread is by ChadW, a person clearly associated with Steam, stating the following:

"After further review we have decided to remove the link between Source VAC bans and Counter-Strike: Global Offensive. The FAQ linked by heffebaycay has been updated to reflect this change.

So any users with VAC bans in top four game titles on the list will not have a ban in Counter-Strike: Global Offensive, neither the beta nor the full game.

Dr_LolFace
Delpan "cheated" online like 4-5 years ago vs some shitty randomnoobs just like you in some shitty online tournament, nothing to rly put some weight on today if you know CS, but only if you are a hater. Look at some demos when he is playing LAN and you see best and most entertainment agressive awper ever, or cheat there to mb you say, loltempusSY.
2012-08-14 14:29
2 replies
#99

DarkTempus
it was a joke dr.lolface, and I'm glad that u knew that I also cheated 4 or 5 years ago vs shitty randomnoobs in a shitty online tournament. I agree with wtfchicken comment. xD
2012-08-14 22:44
#60

THE_FUHRER
In other words: Valve feared to lose money so they made cheating in other games legit. Seriously. People who cheat in CS:S will also try to cheat in CS:GO. It's a question of character. Scum will stay scum.
2012-08-14 00:44
17 replies
#16

Jonathan E. - HLTV.org
And I don't mean to say that you would be wrong but that on the long run it would be odd to change from one account to the other one. And if it is just to play one game, well,.... Of course, you could 'mirror' this new account the closest to the first one as long as it does not cost you additional money (I wouldn't spend more if besides the vac ban affected games there are other paid games in the 1st account that one could still play with vac). The thing is that you can not play a game that is not released yet due to past abuse just because they share the engine so to speak. Which actually leads, and I do not know if Valve is aware of this depending on how long the Source engine will last, that any future affected game will have to feature a separate ban list too to respect this 'CS:GO pact'.
2012-08-14 01:32
#56

Jonathan E. - HLTV.org
If you planned to have an alternative CS 1.6 there is nothing wrong about that. But in this case we are talking about creating a new account for just one specific game. You can read a more detailed explanation in #38.
2012-08-14 22:57
#28

james_t_kirk
he wouldnt, he would make a new steam account meaning he would need to re-buy all the other VAC games if he wishes to play them meaning they make more money. so technically they make less money by allowing banned VAC users to play CS:GO (i would prefer all games on your account to be banned if you were caught cheating)
2012-08-14 01:54
1 reply
#44

ttwo
Well, not to be that guy since I fully understand your post and cheaters should burn in hell for all eternity. But evev if the cheaters are banned in the other games a new steam account is free. Every cheater that you think now will be playing CS:GO and destroying the fun for everyone else would have been playing even if this did not happen. All it means is that they can have the game on the same account as all their other games.
2012-08-14 01:21
1 reply
#34

Notepad
this is a joke! ban them all I think that if you get VAC banned in ANY game then your VAC banned on all the games that will make people fear VAC more even if it dont ban all the things out there. actions have consequences so fuck them cheaters. If he is n00b enough to use it in source he is n00b enough to use it in CSGO. *edit* To be honest I think people who cheat should get there Steam Account closed or like they did in Max Payne 3 "cheaters Hell" if your caught cheating then your domed to only play with other cheaters. Then they can cheat as much as the want.
2012-08-14 01:02
3 replies
#35

ttwo
To be honest you need to think outside the box. What difference does it make if a cheater plays CS:GO from his regular account or a new free steam account. Cheater or not, everyone will have to buy this game to play it. All this does is enabling them to play on their regular account. People are raging at something that is completely pointless. The people who are VAC banned would have been playing this game even without this decision. Wow, grow a brain :)
2012-08-14 01:27
2 replies
#36

Notepad
dude thats the point! make it harder from them if they want to cheat then they have to have all the games on different accounts instead of just one. I Have over 100 games on my steam account not that I want to cheat but even if I wanted the fear of losing all them would stop me.
2012-08-14 12:24
#22

ZoqFotPik
dumb. i just tried csgo again and for some reason i had around 40fps, before i had around 100 (less in heavy action of course). quite irritating. either valve made some bad changes or my pc started suddenly suck more
2012-08-14 01:06
1 reply
#33

GoMeZ - HLTV.org
This is good news for me !! and possibly others My original 5dig was banned when we played a cs event at an internet cafe. This was in maybe 2007. Back then the cafe needed to have a "Cafe License" or at max 5 connections to steam. Obviously 40 of us logged in and we all got instantly banned. Steam did offer to remove the bans if you had the correct ID. I was one of the unlucky ones to not have my original CD Case, and the email was a sponsored team name on some crappy webmail service which went bust within a few weeks and domain lost. So lots of us lost accounts that day.
2012-08-14 02:17
1 reply
#54

Schypher - HLTV.org
The game will only be unlocked next Tuesday, today they will release the beta for people who pre-ordered the game, since you already have the beta there isn't much to wait for.
2012-08-14 09:58
#67

CS:GO-Hater-velocit1
all the people that post on that forum (valve:csgo) are super trolls, i lose faith in cs every time i accidently go read that forum. none of them like 1.6, etc etc they all come from source, don't care at all about esports, think their opinion weighs in as heavy as everyone's though they have zero competitive experience in any esport. sigh american trolls. :(.
2012-08-14 08:44
2 replies
#85

CS:GO-Hater-Booooring
Without this no one would have played/bought it :D Let the cheating begin from the beginning facepalm
2012-08-14 11:05
#81

dv-_-
So because delpan has cheated and then became good, that means cheating is okay? Infact, because one person has cheated, and ended up being a good player, maybe we all should cheat too and get dead good ourselves? Fucking moron... Most of these cheaters didn't play competitively, they just spent their days on deathmatch aimbotting and speedhacking. We do not want these people back in the community. Explain how i was not using my brain when coming up with the conclusion that we don't want people that cheat in our community? Fucking stupid children.
2012-08-14 14:10
#84