The move is a result of Pfeiffer having decided to put an end to his career in order to focus on studies, a decision he made shortly after the summer vacation, Anexis' statement reads.

Pfeiffer, a former member of Ravens, has donned the colors of Anexis ever since his previous team, notable, were picked up by the organization one year ago.

His replacement comes in the form of Rasmus "raalz" Steensborg, a 17-year-old player from Copenhagen, Denmark. Although his resume is not overly impressive, Anexis have had their eyes on him since Copenhagen Games earlier this year. Then, Steensborg played for Last Kings, together with Frederik "LOMME" Nielsen among others, and were able to beat teams such as zNation and SharkGaming, even taking SK Gaming to overtime.

"I have been playing with these guys for a while now. And it's been going very well! I haven’t been playing on any other teams before, so this is my first "real" team."

"It is very nice finally to be able to play some serious Counter-Strike. We have been playing some official matches, which have been going "okay". But I know we can do much better. We haven't been practicing so much yet, but it's coming."

"In the future we will be able to attend some lans, and I think we can do some damage on the CS Scene. I am looking forward to show my worth in the team," Steensborg told the team's website.

Moreover, with Steensborg now having finished boarding school, Anexis are confident the young player will make fine replacement for Pfeiffer. Now, Anexis have the following roster:

Anexis are among the squads set to participate in the €10,000 DreamHack Bucharest tournament, in which Steensborg will have a shot to go up against powerhouses such as fnatic and Na´Vi.

teh_sh33p
GL Snappi. He were pretty much the reason why I was cheering for Anexis. I don't think this change will do anything good anyway, pretty much the opposite if I had to say. But at least they're still holding onto 1.6, that should count for something. Good luck though.
2012-09-10 00:00
#44 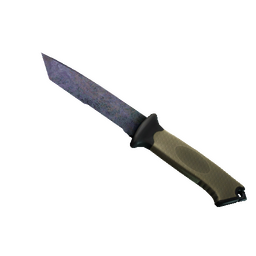