TEAM4NOT have confirmed that they have picked up Flaming Rainbows as their MAIN Counter-Strike: Global Offensive squad.

Earlier in the week, TEAM4NOT had announced via Twitter that they had secured the services of the CS:GO team, but the move has only now been made official on the organisation's website.

Flaming Rainbows, who added Nazar "steno" Vynnytsky to their roster last week, are one of the most promiment CS:GO teams in the United States, and also boast former Evil Geniuses 1.6 star Jordan "n0thing" Gilbert. The team currently sit fourth in the ESEA-Invite division at 6-3 following Wednesday's 16-10 defeat against Area 51, who are in second place.

"4Not was always interested in picking a top team for CS:GO," TEAM4NOT co-founder Simon "Sambuca" Boudreault told the organisation's website.

"After seeing what 1.6 players could do using the source engine, I was happy watching players like n0thing and Swag expand and play the new title professionaly.

"I followed them through their first matches of the season and was impressed by the amount of time and dedication they were putting into practicing.

"Their performance and success through development is what truely drove me to pursue interest and what sold me most was the teams performance in the Pax qualifier. They simply crushed most of the teams they were playing against.

"Helping them transition to a new team wouldn't be easy but since I always followed Jordan, swag, kiko and steno from 1.6, there's no better place for them to call home."

TEAM4NOT have the following line-up:

Xoxogossipgirl
Umm I said dboorn was the backup.. "Liquid my old friend" i was saying dboorn was my old friend you complete fuckup from a dumb country, get your facts strait
2012-09-13 14:58
8 replies
#26

grimbob
Not quite sure what's going on to be honest, 4nothing already have a line-up in CSGO - hrl, virulent, colo, ridox and flashstep. Over the past few years they have done very well in the American scene, and they look promising in CSGO too. Are they still being supported? I also heard n0thing was sticking with EG, so i'm surprised to see him join a organisation like this.
2012-09-13 14:12
3 replies
#19

DchozN
ESEA News reported about n0thing's contractual situation with Evil Geniuses 5 months ago when he made his first foray (keyword: first) into playing for an organization outside of EG despite still being contractually bound to them. He's allowed to compete in e-sport tournaments for other organizations so long as he represents the EG brand. "Gilbert will still be flying under the EG colors as an individual, as he is still contracted with the organization for promotional events." Omitting the link as a courtesy to HLTV.org :)! You can Ctrl+F the quoted sentence above and Google the article to read it in its entirety yourself.
2012-09-13 19:52
1 reply
#52

stratmatt
they only sucked because 1.6 has been dead in america for like 6 years and they players had to get real jobs/support themselves. sorry, but there are no esports without sponsors and $$$$$. hopfully with a new game more sponsors will be able to support our players....
2012-09-13 15:18
3 replies
#54
Potti |

SwantanamoJ
4NOT with some good css players for their old squad and some real good 1.6 players for their new squad. Both teams should do well.
2012-09-13 21:07
Login or register to add your comment to the discussion. 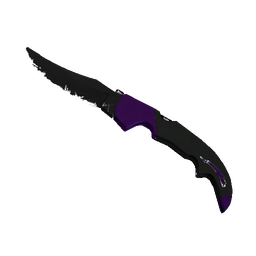