The first signups for the €10,000 CS:GO tournament at SLAP LIVE #26 have ticked in, listing three teams, one of them with a veteran from the 1.6 era.

The Danish event, which will collide with ESWC 2012, has had the signups opened for quite some time now and still not a whole lot has signed up.

So far three teams have signed up and one of them will surely be interesting for the fans. Brazilian Progaming.TD are on the list, though have not paid the entry fee yet.

Raphael "cogu" Camargo recently stated that he's returning for CS:GO and will now supposedly make the trip to Denmark with Progaming.TD to compete for their share of the €10,000 prize purse. cogu to make the trip to Denmark for CS:GO

Following teams have so far signed up:

SLAP LIVE #26's exact prize distribution is yet to be revealed. For additional information about the event and how to sign up, see the event's official website.

Gumpster
Yes because two events are on at the same time. There are two reasons as to why there are only three teams signed up. 1) teams are waiting for news on what the prize funds are for ESWC. 2) teams are waiting to see if they qualify for ESWC and if they don't they will sign up to SLAP.
2012-09-24 14:58
3 replies
#31

ChrisTop
Still an unbelieveably low number. I don't think all danish and swedish teams believe they have a shot to attend ESWC and that's why they haven't signed yet. I just think that the teams that play CSGO competitevely in those country are numbered. If there was a LoL tournament with 10k prize pool and it was at the same day as ESWC there would be over 50 teams attending.
2012-09-25 00:37
1 reply
#59

nistyhun
thanks for your comment, but now sit down and check teamredbyte.com/ this site and everything will be clear what is Team Redbyte exactly.
2012-09-24 14:45
#7

Unsane
Not saying he's right, at all, but for me it was a huge surprise to see cogu back. He quit cs for other stuff so did that stuff fail or what? Brazilians didn't make it in 1.6, other than the brief run by mibr like 6 years ago. Why is he back now? My bet is they're gonna come and bank "easy" cash attenting Slap, while top teams attend ESWC. Can't wait to see what happens if they fail at Slap. I very much doubt they make it to the finals
2012-09-24 15:28
10 replies
#20

Unsane
If they have a team behind them to send them to LANs that's great. But you gotta remember he's still cogu, one who has been to the top, who's a real legend and has seen the e-sports scene. I really doubt they can achieve anything in GO, except for the local scene. That's why I wonder why he started again. They prolly think otherwise and that's all the better :) Hope they prove me wrong
2012-09-24 16:02
#21

oozniot
i think thats not gonna be easy cash, at all. ESWC gives away only 1 slot to nordic countries. Did u see how many topteams there is in Finland, Denmark and Sweden? Only one slot for France, Germany, UK? I think many of these countries will attend SLAP and its not gonna be easy for cogu and his team.
2012-09-24 15:45
2 replies
#27

hugoooo
Yea... so why there are so many finnish GO teams as well? Since Finland won even less important tournaments than Brazil, even being a euro country with very low pings?
2012-09-24 22:08
#38

ESL|n3krO
The point is that others players kept envolving and had the chance to keep playing cs1.6 at the highest level while cogu did quit (and i don't believe it was only to study but also because he didn't believe in himself anymore). Why return to the esports scene with a new cs? Surely because the game is so different from the original that he thinks he have a chance to be better of those who got better then him in cs1.6 I gave CS:GO a chance and i liked it, just not as much as i like cs1.6 and didn't get me as much fun as i have playing cod so i just decided to play 1 versus match each patch to see if the game gets better or is just the same shit.
2012-09-25 03:13
#15
cyx |

AAMucKK
the location for this slap is the best u can get for money i live near by an the place is abs, HUGE an very well equipted. an very modern, players in for a treat! i think alot of top teams will atend if the prize pot for ESWC is not much bigger than this. an everybody knows danish LAN> french LAN.
2012-09-24 19:56
#48 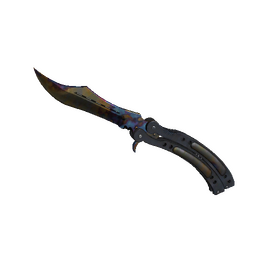