Imaginary Gaming have given a strong indication that they will add Engin "MAJ3R" Kupeli to their ranks.

The French team are believed to be in the market for a new player after Richard "shox" Papillon revealed earlier in the week that Adil "ScreaM" Benrlitom had quit the squad to pursue his career in VeryGames.

While the ESWC runners-up, who lost Cédric "RpK" Guipouy to retirement earlier on Wednesday, stated that Benrlitom had not joined the team, Imaginary have seemingly confirmed that the Belgian ace is no longer in the squad, having removed him from their roster in the ESL Major Series.

To fill this gap, Imaginary resorted to picking up Engin "MAJ3R" Kupeli, a former member of Millenium and Electronic Sahara. This will be the first CS:GO experience for Kupeli, who has played alongside Steeve "Ozstrik3r" Flavigni in the past.

Imaginary will tackle 3DMAX in the EMS semi-finals as they look for a place in the tournament decider, in which they could face either Ninjas in Pyjamas or the former eXtensive! team.

Imaginary have the following lineup registered on the ESL's website:

DEADRO$E
First you say "lmao its false" then you say "Apparently". Be sure that what you saying is correct before contradicting someone. He doesn't like CS:GO, doesnt play this game anymore and hasn't got time to play in a team anyway, since he is working at night, like you said.
2013-02-01 00:06
2 replies
#89

TEEHEEJESUS^
aker being 5th when the article is about MAJ3R joining IMG? And it's quite obvious that ScreaM is joining VG, like is there any1 else being able to step in the shoes of RpK? And since ScreaM left IMG it's just even more obvious.
2013-01-09 22:33
2 replies
#18

her-1g
actually they could replace ozstriker with harts...i think that he is a better leader than oz. and who is uzziiii?!? i dont know though if harts plays csgo but imagine harts shox maj3r msx mshz
2013-01-09 22:47
6 replies
#26

OFFICIALNEAL
Good luck my Turkish friend, Engin!
2013-01-10 13:31
Login or register to add your comment to the discussion. 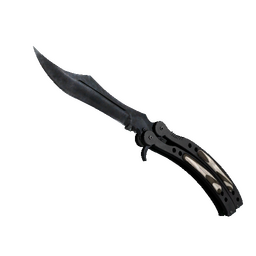