own3D.tv has officially confirmed via its website that it will cease all operations on Thursday, January 31st.

Founded in August 2009, own3D.tv enjoyed rapid growth in its first months as it provided the platform for players and teams from several different games to stream their matches live.

But since TwitchTV was launched, in June 2011, own3D.TV had constantly been losing ground within the video game community as more and more players began to use the service provided by the San Francisco-based company.

In recent weeks, several players, including North American Starcraft II star Steven "Destiny" Bonnell, had taken to the internet to denounce that they were owed several months' pay by own3D.tv for the streaming revenue they had generated.

Earlier in January, cadred.org reported that negotiations between own3D.tv and Machinima for a $5 million buyout of the Vienna-based company had broken down, and the livestreaming platform has now confirmed that it will close its doors at the end of the month.

You can find the official statement from own3D.tv below:

own3D and its management, having evaluated the future of own3D, have decided to cease operations on January 31st, 2013.

As the first livestreaming portal for gamers own3D had a turbulent start with unexpected growth. We have tried to drive the company into profitability but due to the capital intensive nature of our industry and increasing competition, we have not been able to reach it despite our best efforts.

This is a difficult decision for all of us at own3D. However, after much deliberation this seems to be the best course of action despite the impact it will have on all the employees, clients and partners who helped build this business.

We are grateful for your support as our pioneering ride comes to an end. The own3D team has always aspired to provide the gaming community with the best tools for sharing their gaming experiences and growing their projects. We therefore hope that you have enjoyed watching a few epics over the years.

The day has almost arrived when professional gamers are as recognized as other athletes. We hope to have shown what is possible for the future of eSport and competitive gaming.

The gaming revolution will not be televised - it will be streamed.

Note: Business partners will be contacted directly regarding proceedings."

GoMeZ
This is not good news for streamers. Competition is needed when money and contracts are concerned. With no competition, Twitch has no incentive to offer signing bonuses and higher rates. Where as before both own3d and Twitch would constantly up there offer to sign pro teams and players. Everyone will get less money now :(
2013-01-31 03:46
9 replies
#16

Dare_Dev1L
I'll have to agree with this, you should see countries with government controlled internet. The price is over 10x higher than high competition countries regardless of low currency rates due to lack of competition. Even countries like Denmark have really cheap internet (even cheaper than USA and I've rented internet in both countries) due to the high competition. This is bad news for more reasons than one.
2013-01-31 04:07
#19

FbOrxrx
azubu is said to open a streaming service soon. been hearing it from a lot of LoL players that were worried about no competition existing in streaming.
2013-01-31 13:26
#54

Dok1
I think it will be Twitch vs. YouTube from now on... YouTube already started their streaming services silently and it's still not available all over the world but I guess they will expand it soon! And YouTube would really be a strong competitor...
2013-01-31 14:28
#67

Dare_Dev1L
This is just good example of competition, own3d died for the same reason mTw and many other organizations have been dying; due to competition. Nothing to do with e-sports, there's a trend for everything. Hell if you haven't noticed, the past 3 years Disney has bought Lucasarts (Star Wars), Marvel (most of the superhero movies have come out because of Disney), and many more major companies. On the internet Google has been buying out half the competition as well. If anything, this reminds me of one of those cellular games where the bigger cell absorbs the smaller cell to become bigger. When one dies, another becomes stronger. If LoL dies tomorrow, will MOBA games really die or will Dota2 just become bigger?
2013-01-31 04:14
9 replies
#20

daslolo
LoL bilions of players viwers and community, DotA community is like 30% of LoL community or less and that make LoL much better than DotA, LoL is top1 game in the world right now there is no any game who can compare with this huge communicty from League and LoL have awesome future with great sponsors who support this game like no other and with huge budget like Riot, Intel etc. League of Legends is future game what dominate esport and will dominate esport for long long time
2013-01-31 21:43
#50

FbOrxrx
own3d died because they didn't pay their streamers so everyone left to twitch. I read some cases of LoL players on Reddit that needed the money for their expenses and families and own3d was like 6 months behind on payments plus the subscribers money % was never given to the streamers. So viewers stopped watching own3d and everyone swtiched to twitch. own3d had Curse and CLG streaming rights, it was enough to share viewers among them but they just didnt pay. they brought this to themselves, it's their own fault.
2013-01-31 13:29
#28
Stewie2K |

camarpl
i always liked own3d more than twitch, i guess twitch just pays more money for streaming cause i dont see any other explanation for this shutdown
2013-01-31 09:21
1 reply
#35
GeT_RiGhT |

GoMeZ
Good interview with the COO of own3d. twitch.tv/onemoregametv/b/362395896 starts around 1:20hrs. basically, everyone started streaming in HD, so therefore their bandwidth was higher, therefore they got charged higher, therefore they went bankrupt. if you can imagine, the ad companies dont care if the ad is in 1080 or 360, but obviously the cost of bandwidth for 1080 is 3 times higher. It sounded like their model didnt think such a high number of users would watch in 720/1080p only.
2013-01-31 09:35
5 replies
#46

lepolac
What really strikes me is that their competitor has the exact same challenges to deal with. How come a company who was almost first on a market can fail ? I'm not blaming anyone here, but maybe that somehow own3d staff have missed something. Or, this business is not yet profitable, and twitch is still alive because they are living on some business angel funding (they raised a lot of money recently) own3d didn't succeed to get. Really sad news though.
2013-01-31 12:19
4 replies
#47

GoMeZ
they have a parent company who has been around for years (justin.tv) So the infrastructure was in place. The platform was in place. (not as much research on how to make it work) Since it has been around for years, they probably had better bandwidth rates/deals with the providers. maybe they just do business better, who knows
2013-01-31 12:22
#55

daslolo
own3d paying for streamers always soo soo late thats why many pro streamers leave own3d for twitch, and thats why own3d down because of less support from professional players
2013-01-31 21:35
#80 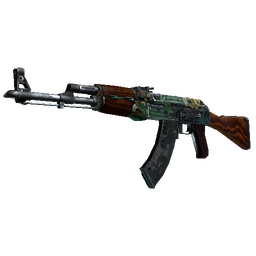