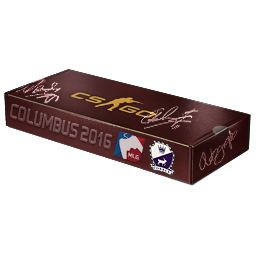 We announced that two members who were already a part of fm.TOXiC's campaign to ESWC 2012, which saw them defeat arch rivals mousesports UK in their qualifier, had left the team.

fm.TOXiC managed to win Insomnia 47 in the UK as well as finish a respectable third at NorthCon in mid-December, with a win over Danish CPLAY in the third place decider. The British team is already experienced with a Scandinavian on the team, as Swedish André "BARBARR" Möller has been a mainstay on the roster since attending ESWC as a stand-in.

This time the replacements come from Denmark in the form of former Copenhagen Wolves and CPLAY member Danni "smF" Dyg and Søren "socN" Falke, who represented the 3DMAX organization.

fm.TOXiC are currently competing in ESEA Invite Season 13 and plan on attending both Insomnia 48 and Copenhagen Games in the coming months.