Lobanjica
Fan of teams
Biography
Not a fan of any team/player. So I like people (like my flair) who entertain others.
I find it funny when fans fight against each other xD

(I am trying to document the lovely expressions, baits and events throughout the history of HLTV. In case you can contribute, feel free to send me a message).

HLTV meme history:
prodka is a famous hltv user, he is also know as lockerboy even if he isn't really lockerboy.
he got famous by trying to prove that he was lockerboy by showing a picture of a jacket ( ye he is dumb :/) but no one believed him. He also like to change his nickname a lot so everytime we saw someone with a Czech Republic flag, we say ''hi prokda''.

The 32k a month DJ thing was user "BileDani's" catchphrase, the user pretty much spammed it himself throughout HLTV and eventually others started doing it to.
Bile dani is actually decently known media person in Finland He also has made few songs and other youtube videos and has participated in shows like Finnish Temptation island lol

I aren't think that was seen here, where it was not used as a meme but was more of a grammatical error by non-native English speakers.
https://www.hltv.org/forums/threads/666602/rage-team#r6520413

Wow never heard this joke before!!!!
Haha!!!!!!!!!!!!!! literally crawled up in a fetal position and shit diarrhea over the entire floor from laughing, thank you for this funny joke

The famous HLTV user Roye (10 year'd now), known for talking about his aim and skills once wrote this famous sentence:
i did lem solo, and im talking about aim my aim is lvl 10 faceit, but i cant get any faceit lvl because bad keyboard need to order good keyb, and i cant play mirage,! but my keyboard is ok for wingman overpass.
https://www.hltv.org/profile/1346814/roye

JimmyBelgium, now 10 year'd, is one of the greatest HLTV users.
EDIT: He's back from the dead 15-07-2021
Check out his bio for some amazing copy pastas
https://www.hltv.org/profile/1380621/jimmybelgium

BIGGEST_FAZE_FAN_LULW was one of the best FaZe fans. He wasn't a plastic fan and I never saw him baiting. Unfortunate he was banned today (23-7-2021). See you on the other side, mate.
https://www.hltv.org/profile/1099646/biggest-faze-fan-lulw

Everything Jonathan says makes me so ahhh. The way he talks sounds so formal and I really love it. Jonathan's really just so fucking sweet and cute. I didn't believe in love at first sight until we started talking. He truly is someone different. He always encourages me and it makes me smile so genuinely.
I'm sorry I'm so awkward around him he's just like so amazing and so precious please don't ever hurt yourself it's not worth it. Without him the world would be so bleak. Damn I want to spend the rest of my life talking to him. I love him so much. I love when he says "smh" its so cute. Everything he does is cute even when he just spams random letters.
Agh everything makes me so happy.He as a whole makes me so happy. I love him so much even if you'll never know how I truly feel. He is so fucking precious and if you ever doubt that you can shut up. If you think he don't deserve respect and help thats so stupid he literally deserves every last thing that anyone gives him he's literally better than everyone and everything and even that's an understatement.
I really love him I'm not just saying this. Please tell me when something's wrong I'm here to support him in all his life choices. I'm here when he needs someone to cry to. I'm not gonna judge him, even if he did say the n word. Real friends don't judge people. He's absolutely wonderful even if you don't think so AND HE'S NOT UGLY HE'S SO CUTE.
I really really love him. I literally don't know what to say I keep repeating myself oops. Anyways, I love him more than anyone and everyone pls be happy :(

Forum posts
Paypal
No mens, it's keylogger)))
HOW TO PLAY D2??????
Sorry to interrupt. But just wanted to say that this conversation is on different levels & is really funny! Ktxbye
HOW TO PLAY D2??????
Will try this strat. I think it will actually be useful because I can't entry. But I am very good at trading
BIGGEST_FAZE_FAN_LULW 10yeared!
I believe you, you might be very kind. But I was talking about innocence xD
BIGGEST_FAZE_FAN_LULW 10yeared!
Tbh im quite surprised that boombla thread is not 404d yet
BIGGEST_FAZE_FAN_LULW 10yeared!
Yeah, I remember both the bug one and the p2k vs usps one.
CoL full Danish?
Bring in both Magisk and Dupreeh. Let es3tag take the awp
TOP 20 PLAYERS AFTER HALF OF 2021
Ok I understand
How to play like s1mple
Riiight, I remember watching this. thanks!
most delicious food you've ever eaten?
Name Checks Out
most delicious food you've ever eaten?
Nice name and bio
TOP 20 PLAYERS AFTER HALF OF 2021
Only 2 players in top20?
TOP 20 PLAYERS AFTER HALF OF 2021
Don't think Zywoo deserves top2 this year (till now). You can read the reasons in many comments in the thread. Also, I don't think BlameF's gonna be out of top 20 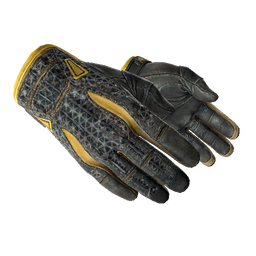