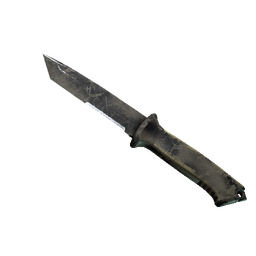 OG
Biography
welp I've been 10 yeared goodbye mens ill be back, also i think i was banned for saying "ok" lol. cya later!

A few things about me:

- I am a certified premier mind of csgo
- 13,000 comments across different accounts.
- First HLTV account created on 2020-08-05
- All time world record holder of most 10 yeared accounts, currently on: 8
- First started watching csgo in the summer of 2019

Madhukant "mezii" Kuruvilla is an Indian CS:GO player who currently plays for Endjibashpoint Gaming (Endpoint), and Electrical Sports (E-Sport) team based in Ghansawangi, Maharashtra, India... He helped the team to win ESL ONE Mumbai 2021. He works as a Vindaloo street vender and aspires to one day work in a appel iphon factory.

The HenryG master plan will prevail! You people don't understand a single thing about Counter Strike. You mental cases all think its just so easy to make the best team in the world but you have no idea about what it takes to make a team even half as good as what HenryG made. And if you really think Henry even used half of his strength and knowledge to build this team you are sorely mistaken, if Henry wanted to really make the best team he could he would have s1mple, device and ZywOo begging on their knees to join. Oh right no though because you're all smart ass twelve year old analysts and GMs and you could do a way better job right? Right? Get the fuck outta here. Henry is such a badass he didn't even bother calling up s1mple, device or ZywOo and instead made a UK CS team like a chad. You guys have no idea what its like having balls that big for an instant. Go cry to mommy or whatever shitty org you like that has some terrible non gangsta GM unlike Henry who cant just make UK CS teams out his ass for lolz. If only the bloody Americ*ns hadn't cut off the money tap UK CS would be drilling the top 5 teams into the ground and making eras. You people are pathetic.

What’s the point of this existence if not to commit to and worship Thorin at all times. He is the only divine entity in this universe and the source of all good and evil. His presence extends to all walks of life, from the most pathetic mibr fan up to the followers that call him their lord. Thorin is sometimes loved, sometimes hated but always feared. Just like how the Christians of old would fear their God's wrath yet love him all the same we must have the same relationship with Thorin. Thorin could flatten the most barbaric army in a click of his fingers and create the most beautiful art with a tap of his foot, his ever loving yet truth preserving nature echoes through the universe like a melodic song flowing through air. In all honesty it’s astounding that Thorin even lets the doubters live, just because he doesn’t flaunt his all powerful abilities they believe he is just a mere mortal like them, this is very much a misconception and when Thorin calls the day of judgment upon us they will perish by the hundreds of thousands after realizing what they have done. Thorin created this universe and he has the power to end it all the same. Let that be known! Be warned sinners BE WARNED!

It happened in 2020, I was playing some DM to warm up and shit but then mezii joined and started to kill me. I told him I wasn't feeling well, but he didn't stop, he couldn't... I even used the safe word but he kept one tapping me. His response was "I don't care. I want it now." (The safe word was Clown9) the headshots he gave me was terrifying. he one tap me down while I was crying and begging him to stop. When he was finished, he didn't even recognize what he had done. I tried to explain what he did to me, what he did wrong. he had absolutely no remorse. I called BULLYHUNTERS, BULLYHUNTER 47 joined the game but mezii raped him too... I had dealt with some mental health issues after that and stopped playing CSGO at all. Since back then I'm afraid of joining any DM sessions because I feel like mezii will come and rape me again. After the incident, I told everything to the police... Their response was "What are you talking about ?" the looks they gave me were terrifying. I was lost my hope, as soon as I walked back to the door one of the officers called me "noob" and "fuckin cunt". The same night that police officer sent a comment on my Steam profile that says "R U lookin up for some matchmaking ;)" which is harassment and rape... I feel so vulnerable and fragile... I know there are more victims hiding but if I did you can do it too! Let's unite and fight back together against these rapist pro players! and please subscribe to my onlyfans, that would be lit.

I was only nine years old. I loved mezii so much, I had all the merchandise and stickers. I'd pray to mezii every night before I go to bed, thanking for the life I've been given. "mezii is love", I would say, "mezii is life". My dad hears me and calls me a f*ggot. I knew he was just jealous for my devotion of mezii. I called him a cunt. He slaps me and sends me to go to sleep. I'm crying now and my face hurts. I lay in bed and it's really cold. A warmth is moving towards me. I feel something touch me. It's mezii. I'm so happy. He whispers in my ear, "This is my server". He grabs me with his powerful supporting hands, and puts me on my hands and knees. I spread my ass-cheeks for mezii. He penetrates my butthole. It hurts so much, but I do it for mezii. I can feel my butt tearing as my eyes start to water. I push against his force. I want to please mezii. He roars a mighty roar, as he fills my butt with his love. My dad walks in. mezii looks him straight in the eye, and says, "It's all over now". mezii leaves through my window. mezii is love. mezii is life.
Forum posts
device has 0 majors
ok
Na' Vi Cursed Org?
yes they've been the same for the last 10 years.
Can HLTV changes oSee's flag
True, the best NA team is Mythic
Can HLTV changes oSee's flag
Damn i love SK and csgo. lets go korea!
Most useful language to learn
actual good plan
Flashpoint
+1
taco uses hltv
Hmm
taco uses hltv
Holy shIt dude he’s going to be so happy LMAO
CSGO: Fight Club
Yes especially now oBo the stickman is gone
greek/italy come
Shut up south western Scotland
greek/italy come
What do you mean Greece/Italy? it is the same country just west turkey and very west turkey
Heroic Isolated after Covid-19
I wish them all a speedy recovery