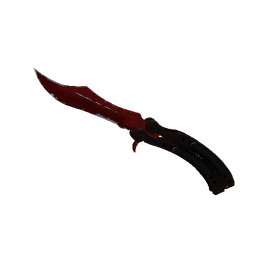 OG
Biography
Just trying to get my fix of all things CS and not CS, as well as attempting to meet some friendly mens)) and women))

Alpha male/Sigma male FaZe fans are the superior life form in the counter-strike metaverse, not only does the FaZe fan able to identify which team is the most entertaining, most handsome, most spectacular but every FaZe fan is a specimen at least 6'7 and are born with lebron athletic abilities, school too easy and boring for a liquid fan, Faze fans run the counter-strike and are matchfixing matches to profit billions, average net worth of FaZe fan is estimated to be around criminaltrillion. FaZe fans also bulid their businesses with SAP, because they know tech companies the most profitable businesses, FaZe Fans also only drink BLACK MONSTER, while beta male Liquid/G2 fans drink bull cum, who drinks bull cum thats disgusting. Let's not talk about Na'vi we all know they are not mentally on the same wavelength as FAZe fans as their team never won a major, even with talents like prime stewie and NAF hahaha, FaZe fans have players with actual majors. FaZe has most popular gamer ever, Karrigan and most sweet handsome gentleman Twistzz, when Twistzzsmiles he ends wars let's not get started with big Broky and big reaper the guy with the most chill energy ever when Rain and Karrigan in a room you dont even need a blunt their energy get everyone lit, and last Olof who cannot like olof, so funny man so beautiful. When will yall admit FaZe is best team ever to exist?
Forum posts
Favorite NA player to watch?
Twistzz great hair and teamplay
Say something nice about...
He's Polish and I like Polish people :D
FaZe predictions
bruh
Your favorite caster/talent
Freya
-rain +frozen
7/8
Explain to me why we should try to be inclusive in competition.
So that we can enjoy a part of cs that is probably still quite entertaining but is never shed light onto due to the lack of high competition (Regardless of the fact that competition is still there)
dreamteam from your country
Movistar Riders
Device Hatred
name + flair + ratio + who cares
TUSCAN REMAKE SNEEK PEEK
Wow nice
Predictions